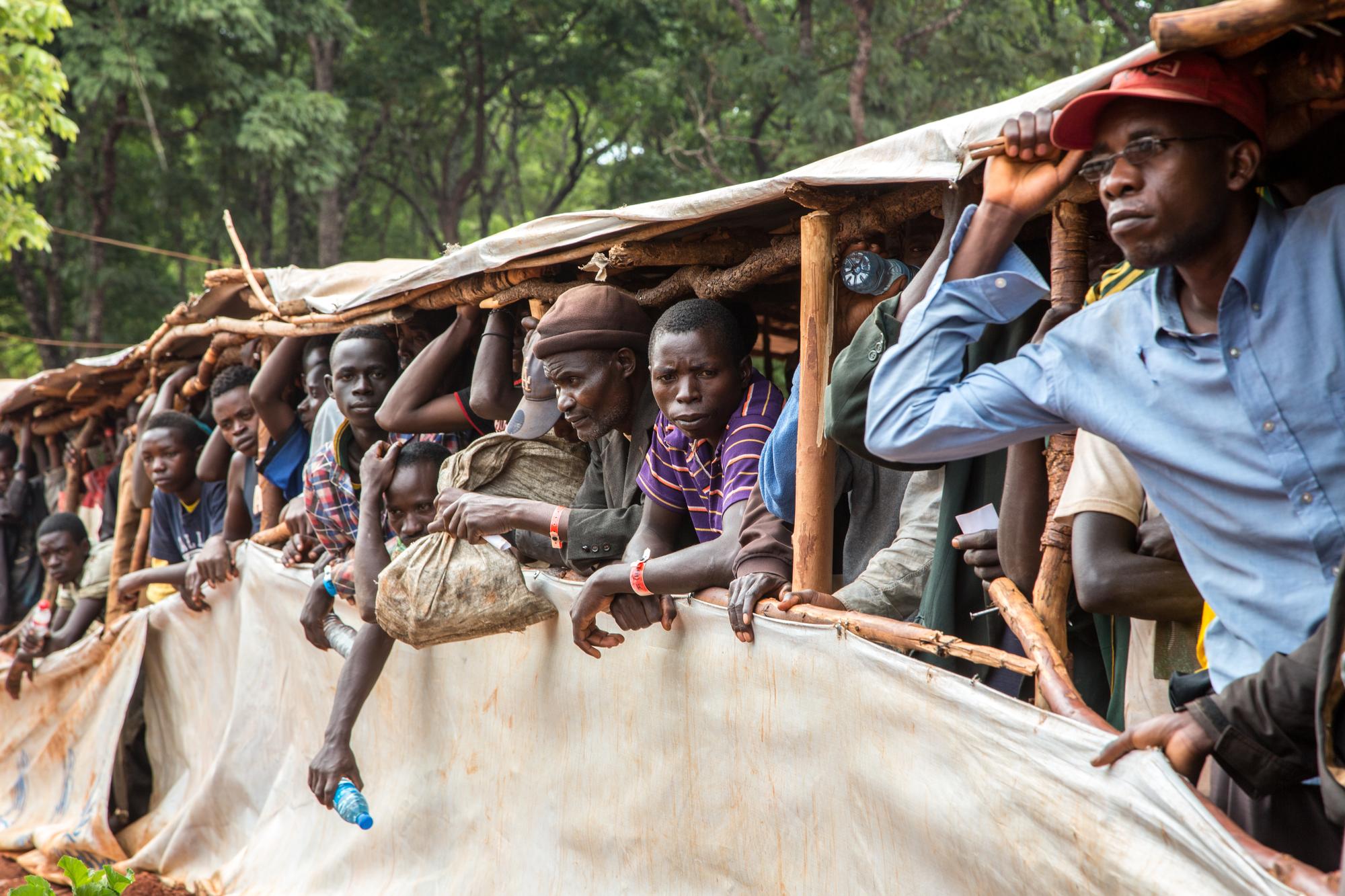 A critical situation is unfolding for hundreds of thousands of refugees in Tanzania, with camps now at full capacity.

Fleeing the crisis in Burundi, the rate of refugee arrivals has increased almost five-fold in the last four months.

Nearly a quarter of a million Burundian and Congolese refugees are now crammed into three overstretched camps while discussions on a fourth camp to host those still crossing the border continue to stall.

“With total refugee numbers in the three camps predicted to hit more than 280,000 by the end of 2016, this is rapidly becoming one of Africa’s biggest refugee crises,” says David Nash, Head of Mission for Médecins Sans Frontières/Doctors Without Borders (MSF).

But despite warnings we made in May this year, little has been done to scale up assistance. Nduta camp, where newly arrived refugees are being sent, is now full.

Louise Annaud/MSF
More than 300 people arrive each day in Nduta camp, originally designed for 50,000 people but now hosting over 65,000. New arrivals come by bus, first crossing the border point, then to transit camps and and then staying a few nights in the camp reception centre on arrival to Nduta. While they are being registered by UNHCR and before a family shelter is allocated to them, they live in overcrowded communal tents, facing poor hygiene and a high risk of malaria transmission. New arrivals have to queue for hours in the reception centre to receive their daily meals. Some of these people have already been allocated a shelter, but have not received their refugee card and dry food rations. They have to come back every day to the reception centre to get a warm meal. MSF is present at the reception centre to screen all new arrivals. “A lot of them arrive exhausted and in bad health condition. We do their medical check-up and send those in need to MSF clinics or refer them to the hospital. They also get vaccinated and pregnant women are scheduled for antenatal consultations.” Medical teams have seen a big increase in the number of consultations, both at the reception centres and in MSF’s four health posts and hospital. The number of deliveries has risen as well. “When I arrived a few weeks ago, there were around five deliveries per day. Now we have around 12,” says Sally Parker, midwife. Each individual and their belongings are checked upon arrival, as soon as the bus enters the camp.. People usually carry very little and most of them have had to walk for days.

Up to 10,000 refugees from Burundi are now arriving in Tanzania each month, with another 850 from Democratic Republic of Congo having arrived in October.

“The current humanitarian response - especially in terms of shelter, water and hygiene – will be unable to keep up with the huge numbers of people arriving,” says Nash. “With the unrest in Burundi showing no signs of abating, it is crucial that international assistance to the humanitarian effort in Tanzania is rapidly stepped up.”

"The Tanzanian government should not have to shoulder this responsibility alone."
David nashmsf head of mission in tanzania

Over recent months, food distribution has been threatened with cuts due to lack of funds. In October, the World Food Programme officially announced a cut in food rations to 60 percent of the daily recommended nutritional intake, a step only forestalled by a last minute donation.

As the numbers of refugees increase, the risk of further cuts in the near future is a pressing concern.

In malaria-endemic west Tanzania, refugees from Burundi are extremely vulnerable to contracting the mosquito-borne disease.

New arrivals to Nduta are temporarily housed in overcrowded communal shelters with up to 200 people, where the risk of transmission is even higher.

While they are currently being transferred to smaller family tents after a few days, there are no guarantees that there will be sufficient shelter for the massive numbers who continue to cross the border.

“With the rainy season approaching, we expect another spike in the disease among refugees,” says Nash. “As we saw last year in Nyarugusu, overcrowded and unsanitary living conditions, where stagnant water provides a breeding ground for mosquitoes, only magnify this. ​

"Weakened from travel, pregnant women and children are particularly vulnerable.”

Between January and August 2016, MSF teams in Nyarugusu and Nduta treated 72,644 cases of malaria, a large proportion of which were complicated cases.

Ahead of the peak season, teams are again preparing for another influx of patients.

We are again calling for an increase in international aid efforts: “The Tanzanian Government - which has kept open its borders to respond to this crisis - should not have to shoulder the responsibility alone.

"A rapid scale-up of assistance is required.”

Louise Annaud/MSF
MSF is the only health provider in Nduta camp. Teams are present in the reception centre where the first medical screening is carried out, in four health posts and in the 110-bed hospital. The hospital comprises a specialised outpatient department, a maternity, an adult ward, a paediatric ward with a therapeutic feeding centre and an emergency room. Basic surgery and dressings are also carried out. When needed, referrals for complicated cases are done by ambulance to the nearest hospital, in Kibondo. With the beginning of the rainy season, MSF is preparing for an increase in the number of malaria cases. Between January and August 2016, MSF teams in Nyarugusu and Nduta treated 72,644 cases of malaria, a large proportion of which were complicated cases.

The first influx of Burundian refugees to Tanzania started in May 2015. They settled in Nyarugusu camp which was already home to around 60,000 Congolese refugees.

Nyarugusu quickly became overcrowded, and two other camps were subsequently opened: Nduta in October 2015, and Mtendeli in January 2016. A fourth site to host refugees who continue to arrive has still not been identified.

MSF has been working in Tanzania since May 2015. Currently, teams are working in Nyarugusu and Nduta camps.

In Nduta, we are the major medical provider, running a 110-bed hospital and four health posts, and providing mental health support.

find out more about our work in tanzania