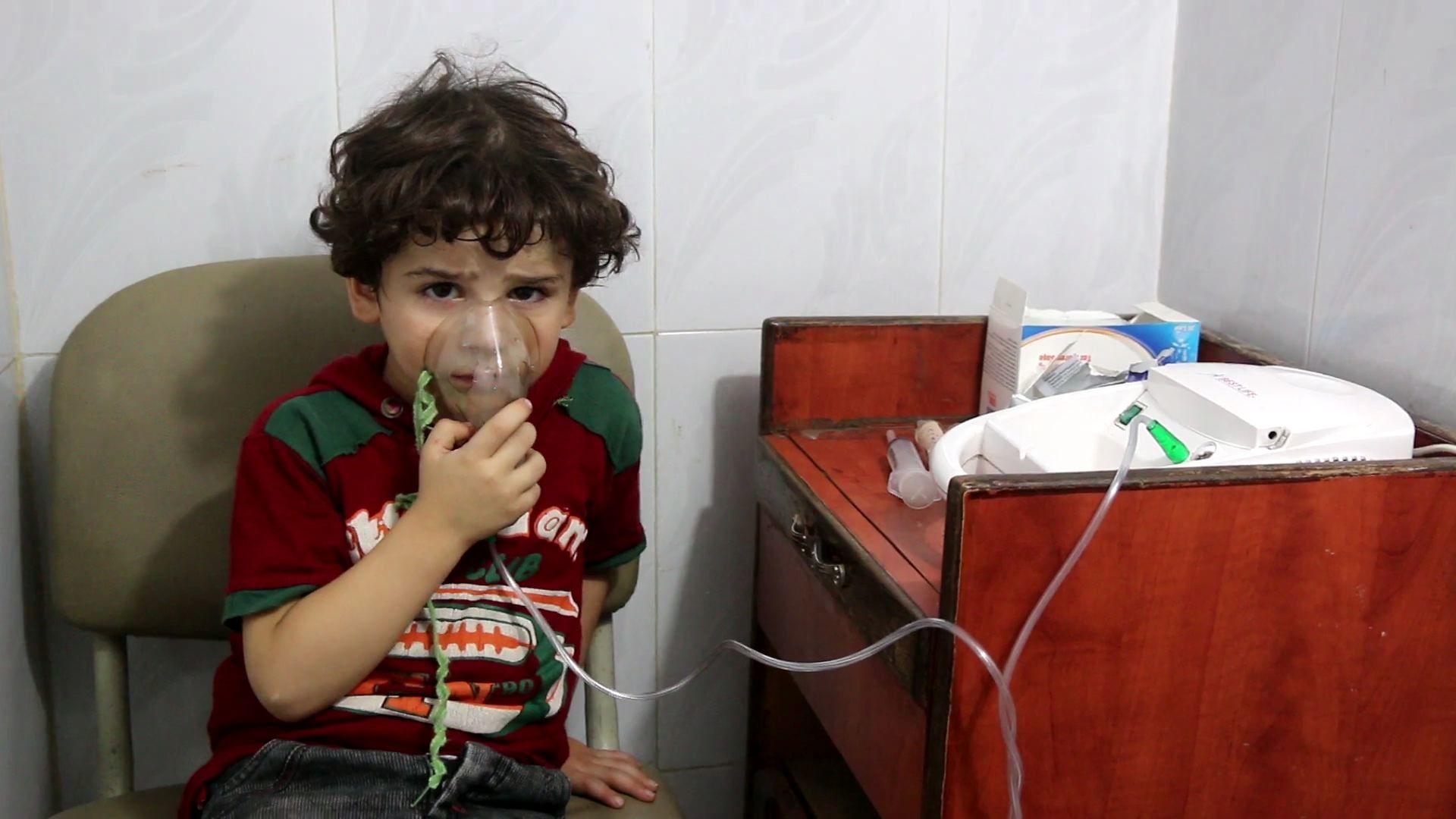 On 25 November, multiple airstrikes hit the east Ghouta area near Damascus. Medics are reporting hundreds of casualties, including women and children. The relentless violence is forcing people to hide underground.

After just one day of intense bombing and shelling, figures stand at 261 wounded and 30 dead. However, the complete toll is still unknown.

This comes at the tail-end of a month of intense bombing, with renewed airstrikes decimating the population.

Since 17 November, MSF-supported facilities in east Ghouta (an area of besieged towns near Damascus, the Syrian capital) and Al Waer (a besieged community near Homs) have reported mass casualties: medics in Al Waer report 100 people wounded and 13 dead.

"Schools are now being hit and that has made this period very difficult. Children make up the majority of our patients."
anonymous gpbeseiged east ghouta

“We should all be very concerned about the fate of civilians trapped in these areas of intense conflict," says Anja Wolz, Medical Manager of Médecins Sans Frontières/Doctors Without Borders (MSF) medical support programmes in Syria.

"If the bombing and fighting cannot be stopped, the warring parties must take extreme care, at the very least.

"They must avoid hitting the medics and ambulance teams going about their life-saving work.”

This month has seen numerous attacks on healthcare staff and facilities in the region: a paramedic was severely wounded during an airstrike, an anaesthesia technician was wounded by sniper fire, and three ambulances were hit and destroyed.

One MSF-supported hospital in the east Ghouta area was damaged when a bomb hit the neighbouring building.

This put the Intensive Care Unit out of action, at a time when the service was desperately needed for wounded casualties.

Schools and residential areas have been hit, suggesting at least some of these attacks are indiscriminate bombing and shelling of civilian areas.

“While we continue to raise our voice about the catastrophic situation in east Aleppo, alarm bells are again ringing loud in several other areas of intense conflict,” says Wolz.

“Just yesterday two schools in east Ghouta were hit in aerial attacks as the students were leaving at the end of the day. All but one of the wounded were women and children.

"Sixteen people are being treated at an MSF-supported facility, and others are being transported to other facilities in the area by ambulance.

“Yet again, we are horrified at the numbers of women and children casualties coming to MSF-supported medical facilities.”

Our staff have reported that many residents in these besieged areas are gathering together in basements.

This is for fear of regular bombing and shelling, hitting their homes and neighbourhoods.

Ambulances are now dispatched around the area rather than based in centralised emergency-response depots - for fear of having them all destroyed in one strike.

Some hospitals have even had to shut down regular medical activities, as the staff are all needed permanently in the Emergency Room and surgical departments.

Supplies are running low in some of these hospitals. We have received and responded to three emergency requests for IV fluids, antibiotics and analgesics.

In addition to this, our team is currently preparing for 19 other supply requests for the facilities in east Ghouta.

*The interviewee has wished to remain anonymous for reasons of personal safety.

In the past three weeks we’ve experienced new waves of strikes coming from the sky and the ground - and we are barely coping with this new wave of violence.

Medical networks have been hit as per usual - something we’ve gotten used to - but schools are now being hit too and that has made this period very difficult.

Our medical center is pivotal for the area, with most of our services still functioning and available for patients.

We have general and specialised surgery, an x-ray department, a lab, ambulances, and staff who despite everything still come to work.

"Right now, as I talk to you, I’m told of more dead and injured on the way."
anonymous gpbeseiged east ghouta

Most of the injuries we've seen lately have required complicated surgeries. This unfortunately means a lot of people need amputations.

Children make up the majority of patients we've seen recently.

From the strikes, we’ve seen many dead, sometimes whole families wiped out. There was a recent case where an entire family, except for the father, was killed.

Right now, as I talk to you, I’m told of more dead and injured on the way.

I think if this situation continues, the best solution is perhaps that we – the entire community - should live underground to survive.

We run six medical facilities across northern Syria, and support more than 70 health centres and hospitals across the country.

We also provide ad hoc emergency medical donations to a network of some 80 additional medical facilities.

In the supported facilities there are no MSF staff.