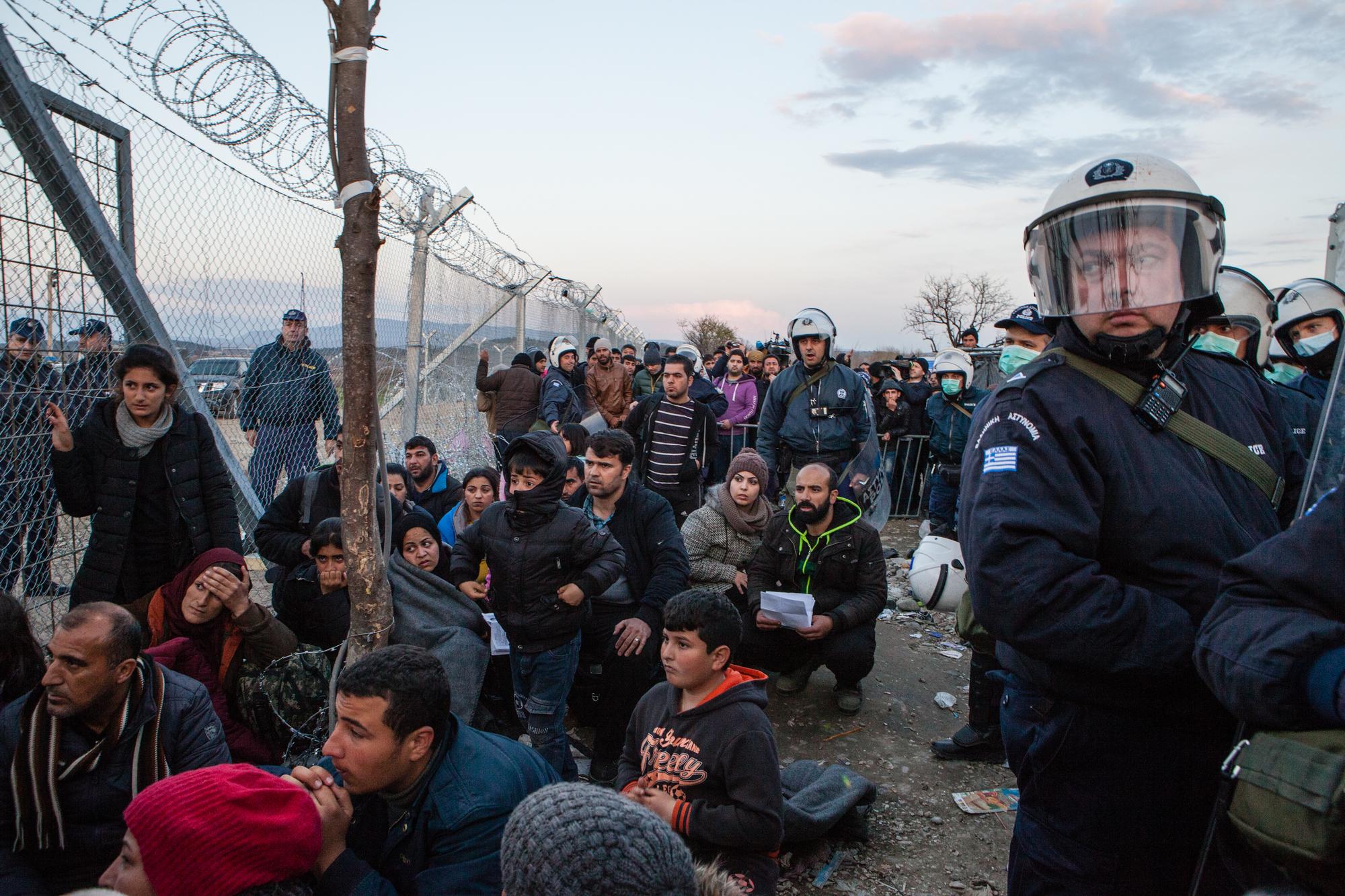 The shadow of Syria

Before I could see him, I could hear his screams coming towards us through the fabric of the field clinic tent. Carried in a standard issue dark thermal blanket by four young men; he was in tears, screaming and writhing in agony.

We placed him immediately on our assessment bench. It was clear that this was an emergency.

My initial thoughts were that it was a surgical problem like a kidney stone or perforation somewhere in the gut due to his extreme distress.

However, during the assessment of his airway it was obvious he was forcibly trying to swallow his tongue, actively holding his breath at the same time.  His oxygen levels began to fall. His friends each took hold of one limb to control the forcible kicking and lashing out – preventing him from hitting other structures in the clinical area and causing significant harm to himself. It was impossible to calm him down.

Instead, he became more and more agitated, screaming incoherently. His friends then explained to our cultural mediator that he - Hamza aged 22*- had just been informed his sister was killed in an airstrike in Syria. Here in Idomeni, he was so stricken with grief that he was now trying to seriously harm himself.

Guillaume Binet/MYOP
A scene from Idomeni camp, at the border between Greece and Former Yugoslav Republic of Macedonia, March 2016.
When I first arrived here this might have shocked me, or at least made me feel slightly surprised. But now it doesn´t.

This is not the first time MSF in Idomeni have treated a patient with a strong physical reaction to the bombings in Syria. Take for example the 68-year-old lady from Aleppo, who is often carried into our clinic with fainting episodes following the loss of a family member in the bombing campaign of late April. Our investigations show no medical reason for these episodes.

Listen to Conor on our Everyday Emergency podcast

Similarly, a seven-year-old boy who remains incontinent of urine four months after watching his father shot by a sniper is also ‘medically well’. We schedule an appointment with our psychological team and try to arrange clothing and nappies. Yet clearly, there is a significant underlying issue here.

As doctors working in the Idomeni field hospital, my colleagues and I are increasingly finding ourselves working with the psychological impact of the shelling in Syria. People do not leave these experiences behind when they flee for their lives, these things are inescapable. They follow them, like a shadow.

The people we treat have managed to escape a warzone, where bombing civilians and hospitals are a common occurrence now. As was devastatingly demonstrated last week in Aleppo.

Guillaume Binet/MYOP
After the closure of the border, 1,200 refugees were stuck in Idomeni camp.
They escape only to be confronted with a new challenge here at Idomeni. The camp in the north of Greece on the border with FYROM (Former Yugoslav Republic of Macedonia) has formed around an international freight train station for goods and a cattle slaughterhouse.

Accommodating over 10,000 refugees and migrants, these people live in constant fear. Fear of the unknown. Fear of receiving the worst news from home - will the next bomb in Syria kill somebody they love? The genuine fear of being sent back.

The distress and frustration here is palpable. For Hamza, we had to prescribe relaxants. An extreme response - used as a last resort. But in this case, he was causing himself serious physical harm and with many women and young children inside, we had no other option.  We kept him in the clinic for observation and spent time listening to his story before referring him to one of our psychologists.

*Not patient’s real name or age

our work in greece >