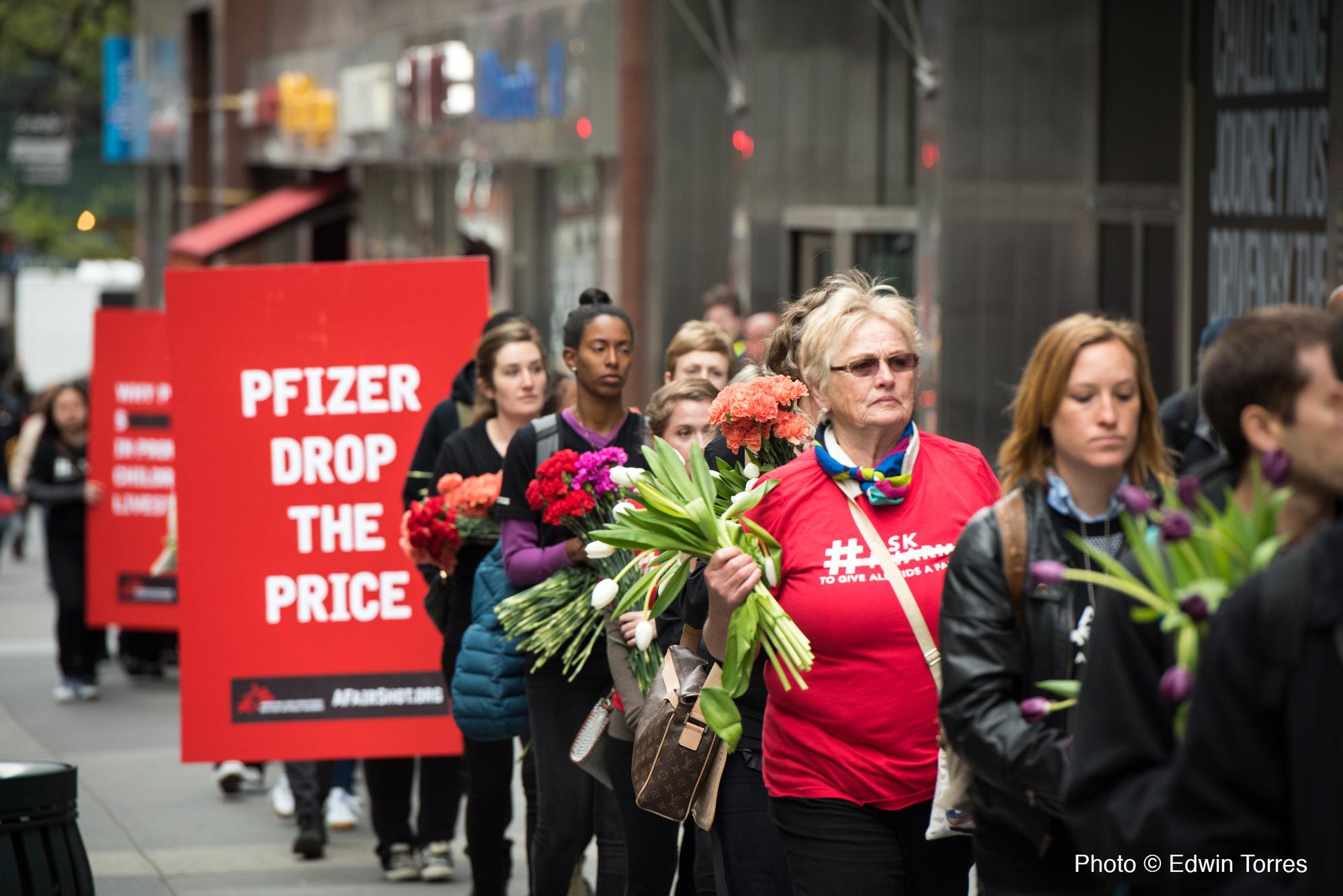 Pfizer drops the price of its pneumonia vaccine

We welcome Pfizer’s decision to lower the price of its pneumococcal conjugate vaccine (PCV) for children caught in humanitarian emergencies.

For seven years, Médecins Sans Frontières/Doctors Without Borders/ (MSF) urged Pfizer and GSK – the only two manufacturers producing the pneumonia vaccine – to offer the lowest global price to humanitarian organisations.

They refused until September, when GSK stated it was finally reducing the price of its pneumonia vaccine for humanitarian situations.

On Friday, Pfizer announced it would follow in GSK’s footsteps.

Leading cause of child mortality

“It’s good to see that Pfizer is now finally reducing the price of its life-saving vaccine for children in emergencies,” says Dr Joanne Liu, MSF’s international president. “With Pfizer and GSK’s price reductions, humanitarian organisations will be better able to protect children against this deadly disease.”

Pneumonia is the leading cause of child mortality worldwide, killing nearly one million children every year. Crisis-affected children, such as those caught up in conflict or in humanitarian emergencies, are particularly susceptible to it. MSF medical teams often see the deadly effects of pneumonia – a vaccine-preventable disease – in the vulnerable children treated in our health facilities.

The price reductions are a significant step forward in protecting vulnerable children, who are reached by humanitarian organisations like MSF.

From 2009 to 2014, we conducted negotiations with Pfizer and GSK to access a fair and sustainable price for the pneumonia vaccine, before making a notable exception to our policy governing donations from pharmaceutical companies.

In agreeing to the limited-term donations, both Pfizer and GSK assured us that they would work on a longer-term solution to improve affordability. Since then, in absence of such a solution, we and other humanitarian organisations struggled to purchase pneumonia vaccines at an affordable price.

Reduce the price for developing countries

Earlier this year, we paid 60 Euros (US$68.10) for one dose of the Pfizer product to vaccinate refugee children in Greece – 20 times more than the lowest price offered by GSK and Pfizer.

One third of the world’s countries have not been able to introduce PCV because of its high price. Millions of children living in countries such as Jordan, Thailand, and the Philippines are left out.

In 2015, all 193 countries at the World Health Assembly passed a landmark resolution demanding more affordable vaccines and increased transparency of vaccine prices.

“Both Pfizer and GSK should now redouble efforts to reduce the price of the vaccine for the many developing countries that still can’t afford to protect their children against pneumonia,” said Dr Liu.

Pfizer’s announcement on Friday indicated that the price reduction was a new and specific pricing tier for civil society organisations (CSOs) including MSF.

We now hope that Pfizer will extend its price reduction efforts to all developing countries, and accelerate the registration process to rapidly increase access to the pneumonia vaccine for all who need it.

It is now 68 times more expensive to vaccinate a child than in 2001, according to a 2015 MSF report, The Right Shot: Bringing down Barriers to Affordable and Adapted Vaccines.

The pneumonia vaccine accounts for almost half the price of the entire vaccination package for a child in the poorest countries.

After years of unfruitful negotiations, in 2015, MSF launched A Fair Shot, a public campaign asking Pfizer and GSK – the only two manufacturers of the pneumonia vaccine - to reduce the price of the vaccine.

Earlier this year, on April 27th, MSF delivered the names of more than 416,000 people from 170 countries who signed a petition asking Pfizer and GSK to reduce the price of the pneumonia vaccine to US$5 per child (for all three doses) for crisis-affected populations and for all developing countries.

In September, GSK announced that it was finally reducing the price of its pneumonia vaccine for humanitarian situations. Now with its announcement on Friday, Pfizer is following GSK’s footsteps.

Find out more about 'a fair shot'