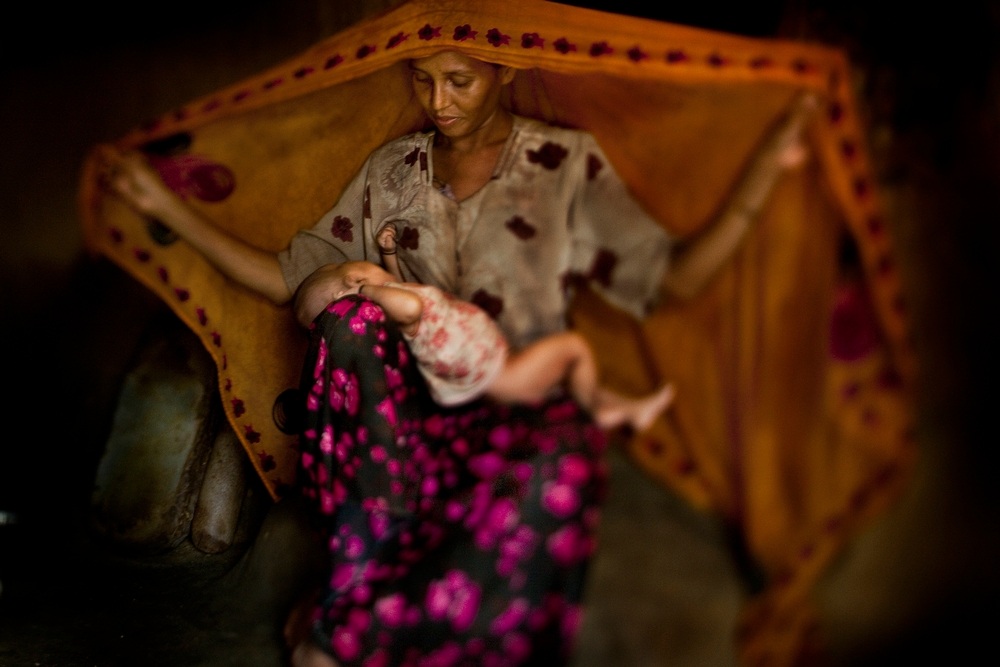 Narcissus was a beautiful hunter, and he knew it. Nemesis, goddess of vengeance, seeing his arrogance, tempted him to a pool. He saw his reflection and, unaware it was his image, fell in love. Unable either to consummate his love, or tear himself from its beauty, he pined away and died.

There is a full-blown psychology of narcissism. I won’t linger over it. Unsurprisingly it involves distortions of self-love.

The focus of a narcissist’s gaze is himself: the world is less interesting than the reflection it returns to him.

There is a narcissism particular to humanitarianism, both to individuals and organisations. Unacknowledged and unchecked, it can have calamitous effects.

Like all forms of narcissism it substitutes the self for the world, self-image for reality, with predictable effects on clear thinking and good decisions.

It is called moral narcissism.

"Working in some of the worst places in the world involves getting our hands dirty. Deals, trade-offs, compromises – they are all grist for the humanitarian mill. And here the moral narcissist can struggle."
julian sheather

Moral narcissism is the tendency to think about moral choices in terms of how they make you feel – or look – rather than their effects on others. It puts the identity of the actor before the consequences of the action.

When moral narcissists makes a choice, seeing themselves as good or right is more important than the effects of the choices they make.

Given that humanitarians want to go out and change the world, this is counter-intuitive. How can those who want to relieve desperate human suffering be hobbled by self-love?

My last blog here was on complicity. It was listening to volatile debates in MSF on complicity and compromise that switched me on to the issue of moral narcissism.

To get access to the places MSF works, we must often negotiate with vicious and violent regimes. Despite deep antipathy, there are times when tongues should be tied, outrages left unspoken. And this can lead to powerful feelings of moral taint.

Like the dyer’s hands, coloured by what they work in, we can feel contaminated.

Humanitarian workers invest huge moral and emotional energy in the pursuit of the good. No surprise their self-image is tied up in it.

If you are someone who has always spoken truth to power, then holding your tongue can feel like compromise, or worse. If you are passionately committed to doing good, then getting embroiled in wrongdoing, can feel like a body blow.

These feelings are natural and healthy. But this is where moral narcissism can creep in and create problems.

Problems with narcissism arise when, in the thick of things, humanitarian workers, or their organisations, put their moral identity in front of the needs of those they are duty-bound to serve.

We know that working in some of the worst places in the world involves getting our hands dirty. Deals, trade-offs, compromises – they are all grist for the humanitarian mill. And here the moral narcissist can struggle.

Moral messiness is a challenge for the narcissist’s perceived moral purity: the temptation is to put virtue before effectiveness. The good we can do is surrendered to our moral integrity.

Look back at the debate over Myanmar. When considering whether to stay or go, what should have come first, the needs of beneficiaries or the self-identity of MSF?

There were a range of important considerations – the health needs of all beneficiaries, the plight of the Rohingya, the relative effectiveness of speaking out. Moral narcissism creates a problem when, in the face of this complexity, the identity of MSF is put first.

"The world being what it is, we make compromises, we dine with the devil. But the justification is in the good we pursue, in the life and dignity of the people we serve."
julian sheather

By claiming that MSF will always speak out, and that MSF is the sort of organisation that speaks out, allows simplistic claims about identity to come before clear-eyed judgements about the effects of decisions.

This is the moral risk of narcissism.

To be clear, moral narcissism is a tendency, not an iron-clad position. Almost all of us have some of it, at some time, to some extent. For humanitarians, it’s probably an occupational hazard. But it causes problems when it gets in the way of clear moral thinking.

The world being what it is, we make compromises, we dine with the devil. But the justification is in the good we pursue, in the life and dignity of the people we serve.

Yes, there will be compromises too far, deals we will be unwilling to make, lines in the sand. But the focus of our choices must be on those in need, not our own moral standing.

For most of us, narcissism is a stage on the journey towards maturity – or realism. We shouldn’t beat ourselves up for it.

But we need to recognise it. Then we can be alive to its potential – and, in good grace, return our focus to the world.

Perhaps you have seen it at work in yourself and those around you? If you have I’d like to hear from you.