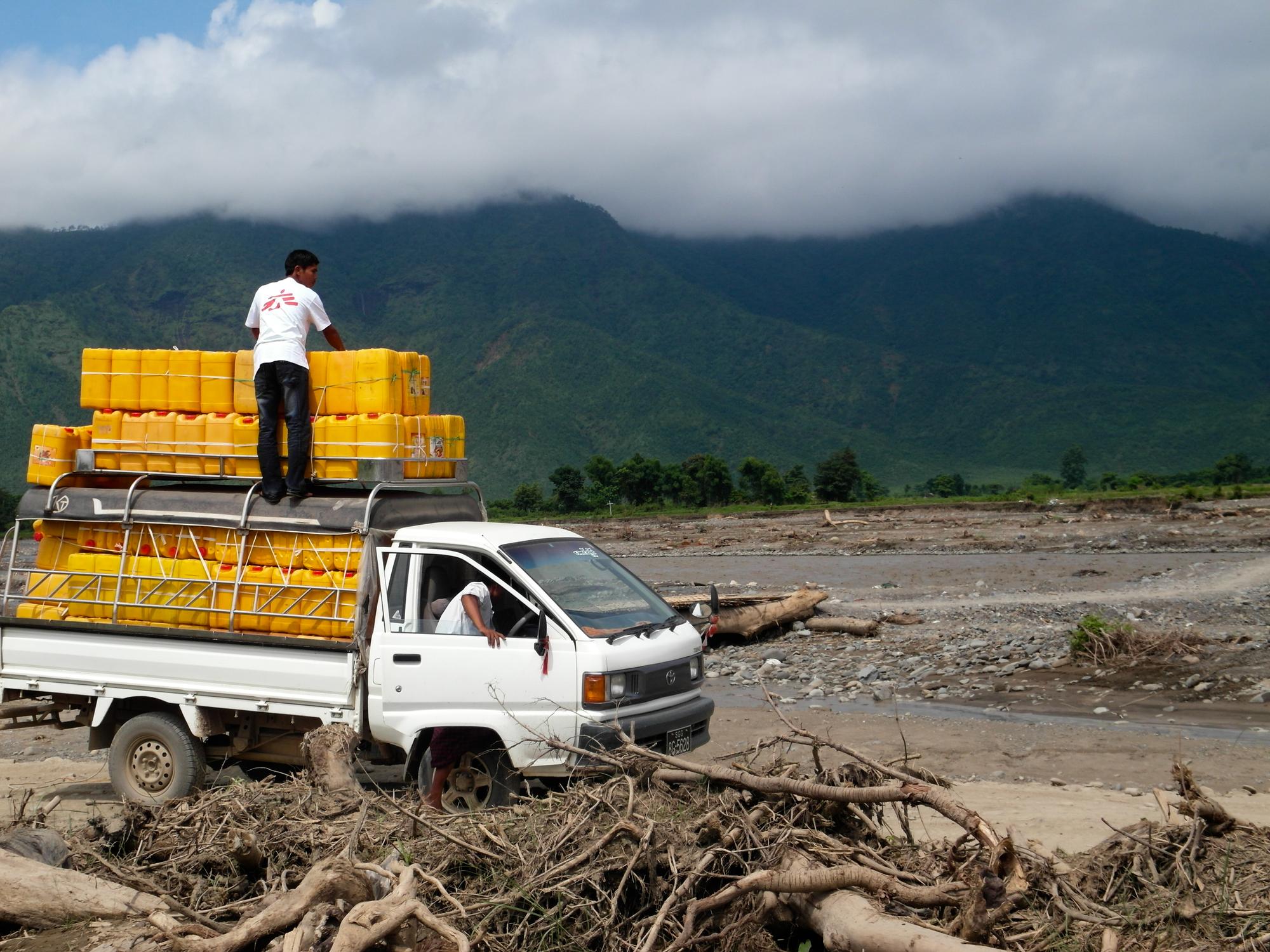 Myanmar: Becoming a logisitician - how did I get here?

I grew up on a farm in Hertfordshire. At university I studied agriculture with mechanisation. My original plan was to become farm manager somewhere - it’s still a bit of a dream, but maybe one for the future.

Just after university, a friend and I drove down the west coast of Africa in a big yellow camper van. We went through some dangerous places, and we were too naïve to really understand what was going on, but just smart enough to be scared at the right time.

That was a great trip, and it really gave me this interest and affinity with Africa as a whole, and made me want to explore more of it.

"At age 25 I thought I was important, a big deal, but I turned up to the MSF office for an interview and quickly realised that I wasn't."
haydyn williams

After that I went home and worked in a packhouse in Kent. I was managing 90 people packing salad in a building that was like a big white box. After nine months I went home and googled ‘Logistics in Africa’.

Médecins Sans Frontières/Doctors Without Borders (MSF) was the first thing that came up.

From farmer's son to humanitarian worker

As a farmer’s son, you learn about electrics, engines and water [which are vital components of an MSF logisitician's responsibilities] with dad: tinkering, building, stuff like that.

And I thought, I’m not an expert in any of those, but I know the basics. I was 25 at this point. I thought I was important, a big deal, but I turned up to the MSF office for an interview and quickly realised that I wasn’t.

I don’t speak French and I didn’t have any special skills, so it was a while before I got the call.

I went to South Sudan, and was there for a year as a logistician. Logisticians are responsible for all the non-medical stuff in a project, from construction to HR to finance.

Then in late 2012 I went to Myanmar for nine months.

Myanmar, the Rohingya and the Rakhine

Initially it was a really small project, in Sittwe, a city in the west of the country.

There was this massive amount of violence in October that year, between the Rohingya and Rakhine people. There was a Rohingya area in the middle of the city which was completely closed off, no one could get in or out.

It was relentless. There’s no other way to put my time in Myanmar.

Sittwe at that time was this little quagmire of hate and racism. It was poison. It got under your skin.

There were these camps for displaced people which essentially became detention camps, for want of a better word. People weren’t allowed in or out, there were guards. The guards said that they were there to protect the people inside, but all the guard posts pointed inwards.

"No one local would work for us – the situation was too tense. There was a real hatred in the area. There was a lot of anger and a lot of fear."
haydyn williams

There were five of these places we visited with boat clinics, where we took doctors and supplies to run a clinic once a week in each camp.

We expanded into a car clinic, where we had an international nurse and three or four Myanmar medics from other parts of the country.

No one local would work for us – the situation was too tense. There was a real hatred in the area. There was a lot of anger and a lot of fear.

But you could see these freshly trained Myanmar doctors growing in every way. The first time they’d go to the camps they’d be really nervous and not sure what was going on. Within a month they’d be grabbing boxes, walking through water up to their chests to get to where they were needed, getting to the point where they really care about these people.

A shift in perspective

In South Sudan I was a logistician, I was a service provider, I was there to make sure the doctors and nurses could work there. I was also playing with planes and boats and doing big projects.

Wherever you are as a logistician, you don’t usually get that involved with patients. If you’re a logistician working in a hospital, you’re there to build the hospital, to make sure it works, you run around behind the scenes. You don’t get to spend that much time with people.

MSF
Haydyn (in the background) at work setting up shelters in Myanmar.

But in Myanmar, it was really different. It brought me really into all of it. That was the time it started being, for me, more and more about the people we were helping.

My perspective shifted, from focusing on my job and my experience, to how actually hard the job was, how hard it was to keep going, but feeling more and more motivated to do it because of the people you were helping and the fact that they had very, very little.

When I started we had one boat and four cars, two that didn’t really work, and an old truck, by the time I left I think we had 14 vehicles and four boats.

When I started, all the international staff were living in hotels, by the time I left we had about eight houses. And for the majority of that I was the only logistician. We were running three projects: the boats, the car clinic, and the local Sittwe project in three different locations.
By the time I left, my job had been handed over to six logisticians, not including the national staff we’d slowly built up.

It had become a massive project we’d gently, quietly built up.

That was a few years ago. Now I’m a project coordinator for the emergency team MSF runs out of Amsterdam. We respond fast to the biggest emergencies.

So instead of having these short contracts which are three months here, six months there and then you go home, I have a year’s permanent contract.

I’ve put my soul in a box and given it to my boss.

fInd out more about our work in myanmar