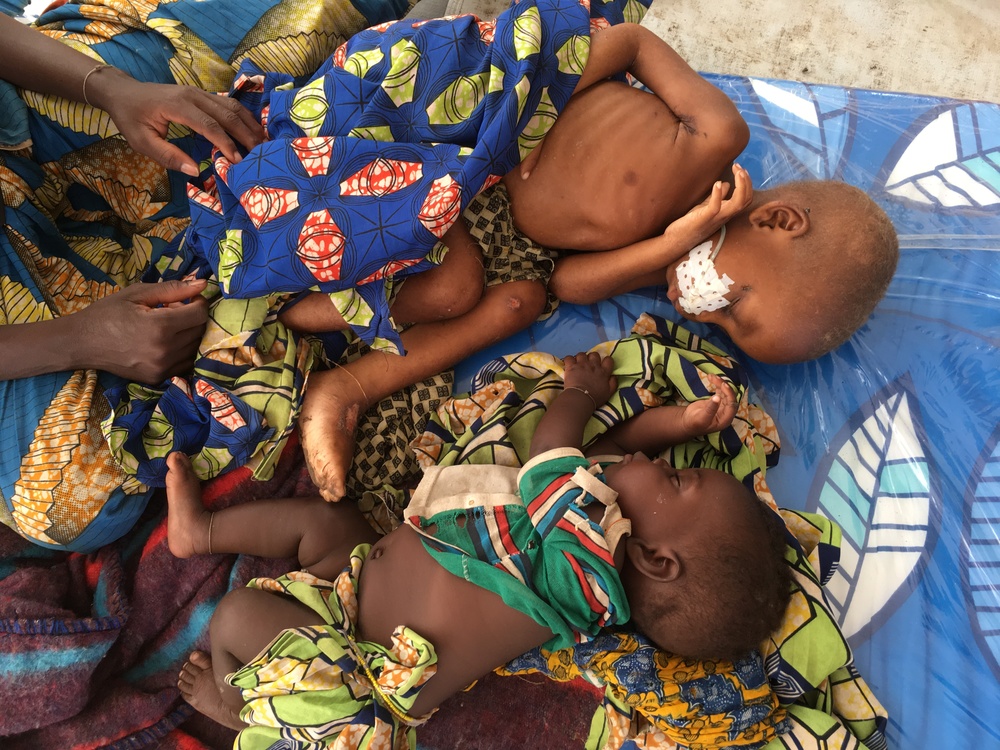 DRC: "If we do nothing, these people will die"

Displaced people in Democratic Republic of Congo (DRC) are facing alarming shortages of food, water and shelter. Ten months after being driven from their homes by fighting, many now live in settlements around Kalémie city. These people remain living in desperate conditions and are in immediate need of more humanitarian assistance.

According to UN estimates, nearly half a million people in Tanganyika province were displaced between July 2016 and March 2017 due to violence.

As a result, over 44,000 displaced people are now living in settlements around Kalémie city.

"These people are in a terrible situation," says MSF deputy emergency progreamme manager Narcisse Tanganyika. "They are asking for two things: to be protected, and to return home.

"If we sit back and do nothing, these people will die."

"Children are dying of malnutrition"

During a measles vaccination campaign this April, Médecins Sans Frontières/Doctors Without Borders (MSF) tested 5,700 children under five for malnutrition.

Our screening revealed that malnutrition levels were at 16 percent, well above the emergency threshold. A further 4.5 percent of children were severely malnourished.

“Children are dying of malnutrition and preventable diseases such as diarrhoea and measles,” says Hugues Robert, MSF’s emergency programme manager. “The mortality rate for children under five is what we would expect to see in the acute phase of an emergency.”

Since March, MSF teams have been providing emergency assistance to displaced people in the territories of Kalémie and Kansimba.

We achieved this through measles vaccinations, mobile clinics, water distribution and the construction of latrines and showers in some of the settlements.

One of our teams is responding to a critical malnutrition situation in Moke village, where they are delivering care to over 1,500 displaced people.

Our screening showed that 51 percent of children under five in Moke were malnourished, and a further 23 percent severely so.

In response, we implemented a mobile clinic and distributed food.

“The mortality rate for children under five is what we would expect to see in the acute phase of an emergency.”
hugues robert [Nullam gravida pellentesque consectetur]

Just two weeks ago these people were forced to leave Moke village when the original inhabitants returned. With no other option, they have now settled deep in the bush in a hard-to-reach area.

Until they can safely return home, they must be afforded aid and protection.

MSF calls for an increased humanitarian response in the territories of Kalémie and Kansimba, Tanganyika province, from the United Nations agencies and the Congolese government.

Conditions in the settlements need to be urgently improved, healthcare must be made easily accessible, food aid should be provided for families and protection should be afforded to host communites and those at risk of violence.

Leonor Lapotre/MSF
A mother and her sick child arrive at the MSF referral centre.

Aid has been deployed and more is planned - but at the moment it remains woefully insufficient.

"Everyone needs to take responsibility," says Narcisse. "[MSF is] ready to intervene, but we are also ready to raise our voices.

"This is so everyone feels concerned and takes action."

MSF has been working in Democratic Republic of Congo since 1981.

Since April 2017, our teams in Tanganyika province have been undertaking a measles vaccination campaign, and addressing high levels of malnutrition among people displaced from their homes and the host communities.

our work in democratic republic of congo >