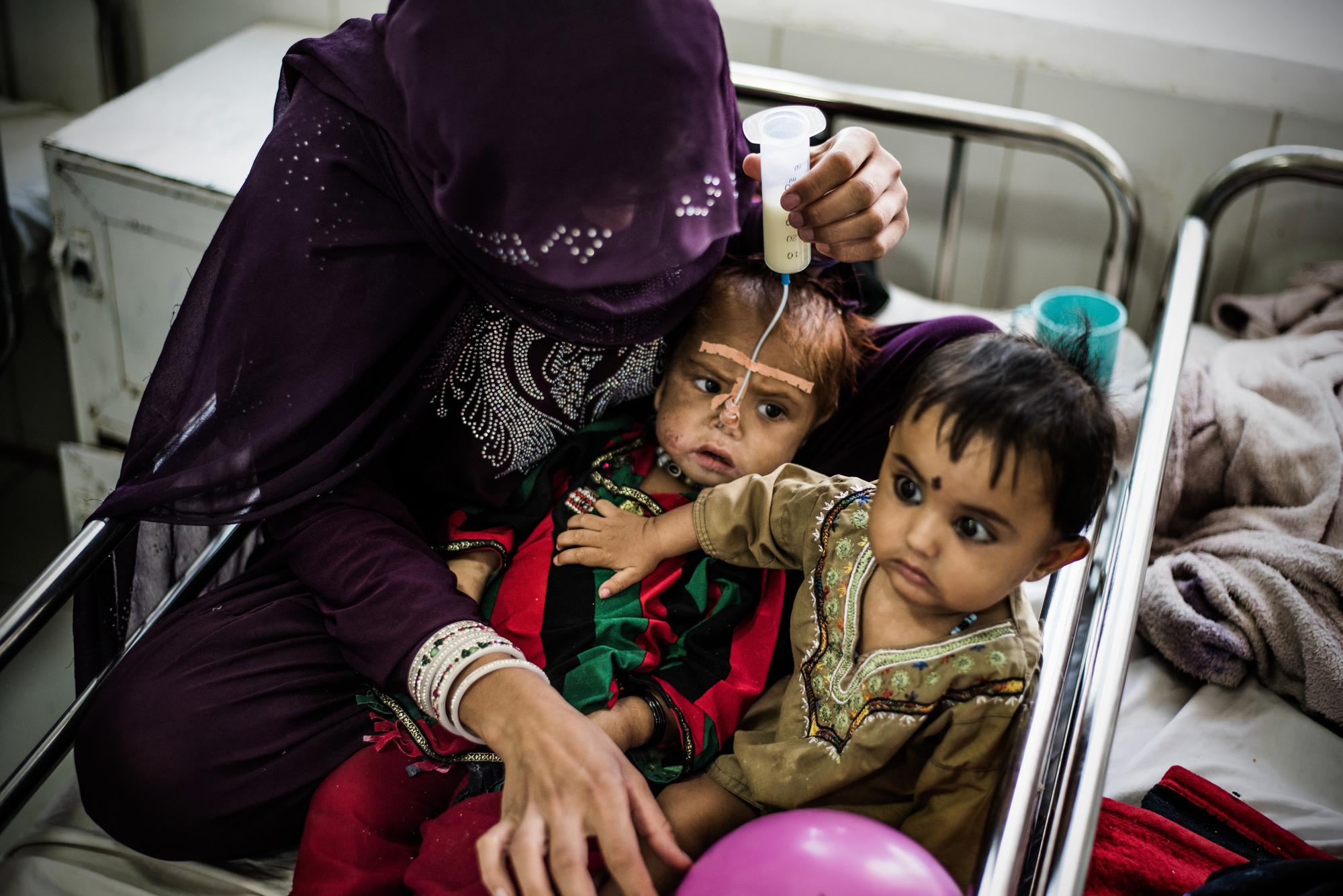 At the start of my Médecins Sans Frontières/Doctors Without Borders (MSF) assignment in Afghanistan, I joined the Lashkar Gah project in Helmand Province as a logistician. Armed clashes have affected parts of the province for years - increasing pressure on medical staff working in the capital, Lashkar Gah.

Despite these tensions, the Boost hospital still continues its activities in Afghanistan.

It is one of the biggest MSF-supported hospital projects in the world: providing surgery, internal medicine, emergency services and intensive care. It also specialises in treating tuberculosis and malnutrition.

Getting started: becoming a builder

I had a bit of rocky start on the job. Despite having no background as an engineer, I was thrust into several ongoing construction projects - challenging, but definitely not boring!

Since 2015, the Boost hospital building has been undergoing an extensive period of rehabilitation: modern central heating was installed, and the interior was painted and refurbished to provide better infection control.

I'm happy to say I was given plenty of responsibility for this work, and learned a lot about construction by being a part of it.

By the end of 2015, with the new maternity facilities in place, 12,721 babies had been delivered in the hospital! This means approximately seven percent of deliveries in Afghanistan are assisted by our staff.

Working in Lashkar Gah was a good experience, and I have many fond memories of it.

However, the tensions in the capital caused a reduction of patients in local hospitals. With pressing need elsewhere, some of us moved to help in other MSF projects in Afghanistan.

I myself was relocated to Kandahar. It was a very good opportunity see a second MSF project in action.

"This is a great opportunity to learn as much as possible, adding knowledge to what I'm already doing."
jan pouzamsf logisitician, speaking while on assignment in afghanistan

The facility specialises in multi-drug resistant tuberculosis diagnosis and treatment - a major yet under-reported public health concern in Afghanistan.

In Kandahar I once again found myself in the role of construction logistician. What was great about this project was that I could start from the very beginning, from the design of the floor plan. I also got to work with a project coordinator, who is very experienced in construction. This is a great opportunity to learn as much as possible, adding knowledge to what I'm already doing.

I must also add that the the quality of work done by local construction companies in Kandahar is amazing.

Life in the compound

The compounds we live in and the food we eat in Afghanistan both have a great reputation among MSF staff. Even though it was my first experience, so I don't have anything to compare it to, I too can say it’s really good.

I was bit afraid of gaining weight in Afghanistan because the food is so good. But occasional diarrhoea (we call it Lashkargaitis), a lot of gym, ping-pong, volleyball and missing beer made my belly almost flat.

Jan gives a wave next to his MSF vehicle while on assignment in Afghanistan.

I'd never played volleyball before, and I can proudly say I'm not bad now - I even built a volleyball court in the compound. And in ping-pong I am one of best (maybe the best) in both projects!

I've had very good experiences with my colleagues and bosses. I made a lot of friends, with both national and interational staff, and I already miss many of them. It’s very good to find friends and learn more about them and our cultural diversities.

"During my first breakfast in the project, everybody was intensively talking about shelling. I thought those people must be bit weird to have this kind of conversation just after getting up."
jan pouzamsf logisitican, speaking while on assignement in afghanistan

I was wondering how an experience in a conflict zone would affect me. To be honest, it's still hard to describe.

During my first breakfast in the project, everybody was intensively talking about shelling. I thought those people must be bit weird to have this kind of conversation just after getting up.

But then I realised I must be a really good sleeper, because all this was going on the previous night, and I was the only one who didn’t hear anything.

That continued until fighting started nearer to Lashkar Gah during the day. Still, I did not feel nervous. The national staff were quite calm, and I think that calm spread to the rest of us.

The Czech office has asked me to participate in a programme writing letters to our supporters. Some donors already found me on Facebook, and wrote me messages of appreciation. I felt really good about that - all of it is excellent.

I discovered that MSF carries a great reputation. On holiday I met some girls working with other international organisations, and it was awesome to hear all the positive things they thought about us.

I am happy and proud of myself, my friends are proud of me, and I am proud of MSF. If an organisation I love likes me back, that would be excellent, wouldn't it?

fInd out more about our work in afghanistan