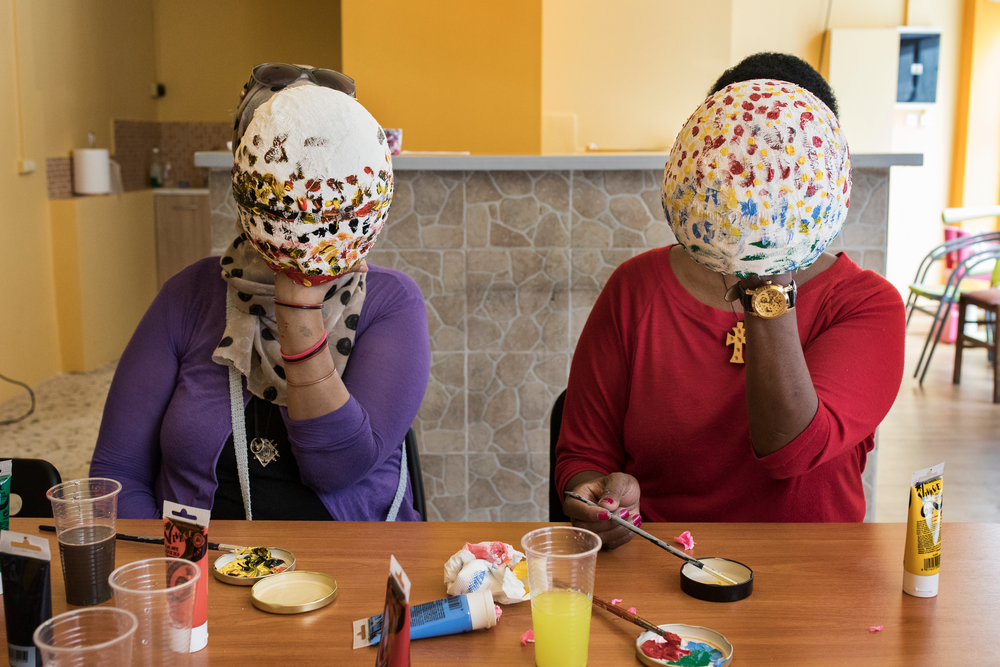 Treating torture: “You have to approach every survivor differently”

Natalia Torrent works for Médecins Sans Frontières / Doctors Without Borders (MSF) in the Middle East, where she has helped launch a new centre that treats survivors of torture. Here, she describes how patients receive care from a team of doctors, psychologists and physiotherapists to help them cope with past and present traumas.

The patients we receive in the centre have fled their countries for different reasons. However, the main one is conflict.

The traumas they’ve endured are not only those associated with living in a conflict, being detained, being persecuted, or being tortured. They’ve also endured mistreatment by those on their journey to escape.

"Some of their wounds may be invisible, even if the physical scars have healed. However, this doesn´t mean they are less vulnerable."
Natalia TorrentMSF Country Manager

Some of our patients have been detained in state prisons and sexually abused. Some have been left hanging for days in small, confined spaces. Some have been electrocuted on all parts of their body.

In some cases, when our patients fled their countries, they put themselves in the hands of smugglers who, instead of helping them, took advantage.

Some of their wounds may be invisible, even if the physical scars have healed. However, this doesn´t mean they are less vulnerable.

Each patient is an individual with different ways of coping. They experience events in different ways due to their backgrounds, their social networks, their culture, or even their own perceptions of themselves.

You have to approach every patient differently.

The many roads to recovery

The journey towards recovery may differ from one person to another.

We cannot assume that it will be the same for everyone. For one person it may begin with a feeling of being secure in one place, or a conscious effort to regain their trust in humanity.

For some of them, the journey may start with the recovery of, for example, lost mobility in their arm – allowing them to resume their traditional role as the breadwinner for their family again.

Albert Masias
Abdul (not his real name) was a law student before the war in Syria. He was detained and tortured first by the regime, and later by ISIS. He lost his wife and two children in the conflict.

For some, recovery can start from the day they enter the centre.

For others, it can take time.

Beyond dealing with the trauma of torture itself, our patients face many new problems.

They have difficulties not only as migrants in a new country but with their individual living situations as well.

As with any person starting a new life in a different country, basic issues such as unemployment, how to feed their family and how to relate to a new community, are relevant.

However, there are also issues associated with a stigma that prevents survivors from disclosing details of what has happened to them in the past – either in their country of origin or along their journey.

For example, the main problem for one of our patients was that he was not able to earn a living to support his family. For him, not being able to work because of his physical disability was marking him and was holding him back on the road to recovery.

At the new centre, we are learning about how we can help victims of torture as an organisation.

Albert Masias
Psychological therapies, such as this art group, have helped women who have been victims of torture or violence to express their feelings and manage the impact of their trauma.

Supporting survivors of torture is a complex endeavour.

It requires the collaboration of many different people. It’s not the job of only one practitioner, one doctor or one psychologist. It’s a group effort.

The most important thing in this effort is to give autonomy and voice back to the patient.

It´s very complicated to assess when someone has ‘recovered’.

Each person has a different benchmark for their healing process, so we need a customised approach.

For some, it may be a case of recovering their lost physical function to be able to deal with their life. For others, it´s a more abstract process about regaining lost dignity.

It’s a complex matter – it is not a simple equation of one plus one equals two.

Our work with refugees and displaced people >