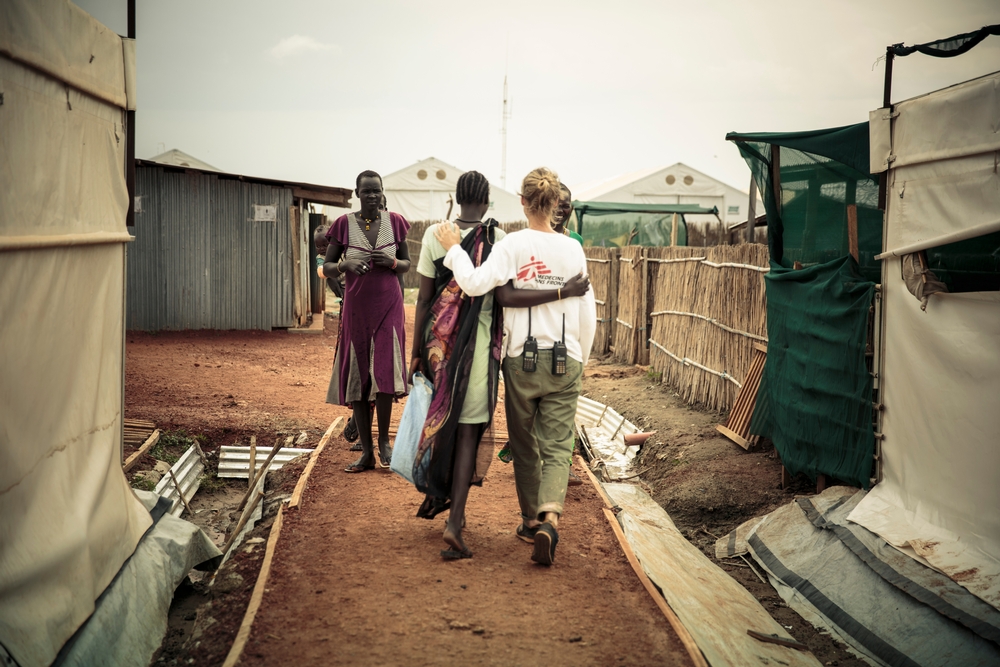 Over the past week, Médecins Sans Frontières/Doctors without Borders (MSF) teams have provided emergency medical and psycho-social assistance to 125 women and girls who were raped, beaten and brutalised in Rubkona county, northern South Sudan, in the 10 days between 19 and 29 November 2018.

“Women and young girls have been coming to the MSF clinic in Bentiu en masse over the past week after surviving horrific episodes of sexual violence,” said Ruth Okello, MSF midwife in South Sudan.

“Some are girls under 10 years old and others are women older than 65. Even pregnant women have not been spared from these brutal attacks.”

In addition to being violently raped, the survivors have been whipped, beaten or clubbed with sticks and rifle butts.

They were also robbed of money, clothes, shoes and anything else of value that they might have possessed, and which they may need to support their families. Even their ration cards to receive food distributions have been taken and destroyed by their attackers.

"We treated 104 sexual and gender-based violence survivors in the first 10 months of this year, and we have assisted 125 survivors in the past week alone."
Ruth OkelloMSF Midwife in South Sudan

These incidences of sexual and gender-based violence coincide with an increase of population movements as people try to reach food distributions in the area. Women say they are walking in larger groups for safety but, in turn, they are being confronted by increasingly larger groups of aggressive assailants.

“In more than three years of working in South Sudan, I have never seen such a dramatic increase in survivors of sexual violence arriving at our programmes looking for medical care,” said Okello.

“Children, women and men of the ravaged county of Rubkona urgently need safety and protection to be able to reach humanitarian assistance such as food distributions,” said Akke Boere, MSF’s operational Manager for South Sudan.

“These horrifying attacks show that they continue to live in an extremely violent and insecure environment.”

Our work in South Sudan >