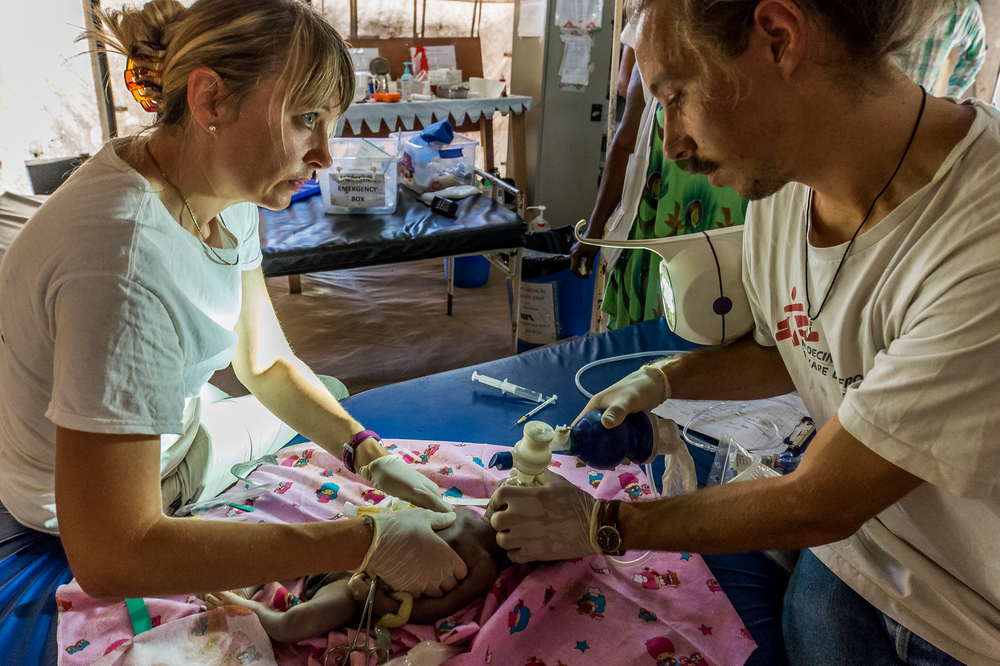 Snakebite: "There’s only one way to save the girl’s life..."

Swedish ER doctor Alexander Nyman recently returned from an assignment with Médecins Sans Frontières / Doctors Without Borders (MSF) in Old Fangak, a remote town in South Sudan. He blogs about a difficult day when his team treated a girl with a severe snakebite...

The girl was bitten by a venomous snake about a month ago and the family are now bringing her to the hospital.

They’ve been travelling for four days on foot to get here. They’ve walked across the dry lands, crossed a river by canoe and waded through a swamp where the water reached as high as your chest.

The parents have carried their 14-year-old daughter all the way from their home since she cannot walk anymore. They’ve spent their nights in villages on the roadside and today they finally reached the hospital.

“The infection has now reached her lower leg”

Four weeks ago a snake bit her and the infection has slowly spread.

The infection has now reached her lower leg. The skin has a marble appearance. The foot can't be moved and is as hard as a rock.

There's only one way to save the girl’s life... her foot must be amputated.

"If the infection spreads further up her leg, we won't be able to treat it. Which, as an end result, will lead to death."
Alexander NymanMSF Doctor

We give treatment with antibiotics, remove dead and infectious tissue and apply dressings to the wound. The family are given all the information and they’re informed about the severity of their daughter’s situation and our planned approach.

If the infection spreads further up her leg, we won't be able to treat it. Which, as an end result, will lead to death.

The parents refuse the suggested treatment.

Despite several attempts to further explain and efforts to appeal to them that this is the best medical treatment for the girl, her parents still say “No”.

They tell us about a man in the next tent. He also got bitten by a snake, but gets by without an amputation – so why should their daughter have to go through this?

The following morning they decide to leave the hospital.

It's difficult to understand the parents’ mindset when you are from a country in peace, with a well-functioning education system. Where everyone can read and where the healthcare system is world class, and has been so for many years.

However, this family comes from a small rural village where there are no roads, no electricity or schools.

Two days ago they left us... and we all felt it, because we knew that the girl wouldn't make it without an operation.

Maybe they needed time to think it over, which is understandable.

Today at lunch, they came back.

The parents, with their daughter, returned to Old Fangak after spending the night with relatives.

They've agreed upon the option of surgical treatment that we´re able to offer them. Tomorrow she'll go to the operating theatre...

Our work in South SudaN >