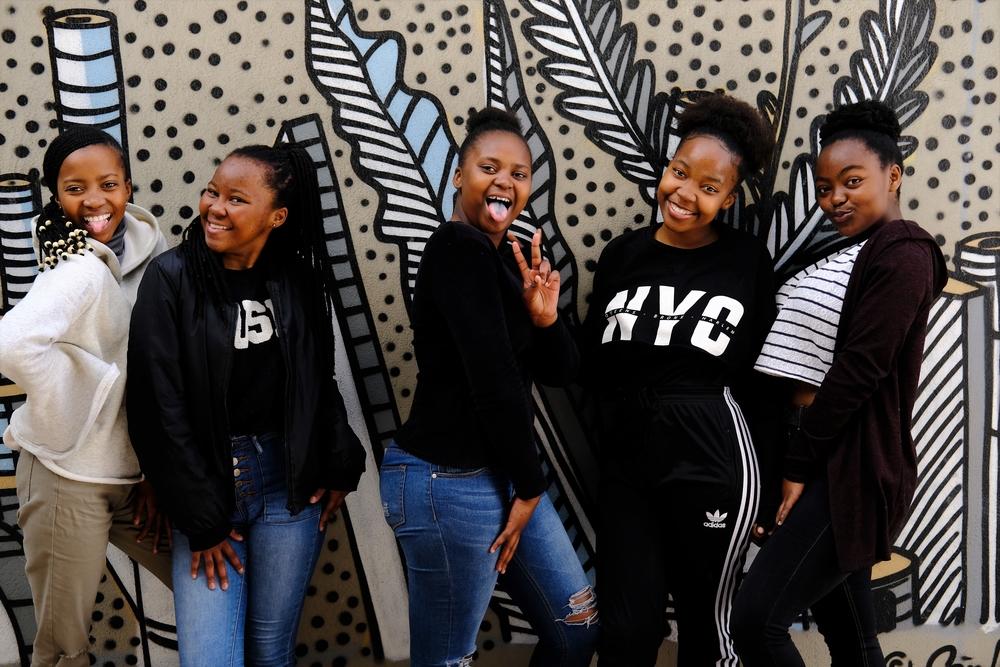 Seven positive stories to distract you from the UK General Election

Tired of divisive election coverage? We've got the perfect distraction.

Away from the political campaign trail, our teams have been working hard to deliver emergency medical care, campaign for access to medicines and speak out on behalf of the people we treat.

So, we've compiled a list of stories that are guaranteed to make you feel that 2019 hasn't been all bad. And, we promise there's no mention of Boris Johnson, Jeremy Corbyn or Brexit.

1. The woman who named her twins "Ocean" and "Viking" after the ship that rescued her

MSF/Hannah Wallace Bowman
Paar, 32, is pregnant with twins, who she plans to name "Ocean" and "Viking" after the ship that rescued her in the Mediterranean.

Paar is 32-years-old and pregnant with twins. On 19 November, she was among 94 people rescued from a rubber boat in distress by MSF and SOS MEDITERRANEE's search and rescue ship, Ocean Viking, in the Central Mediterranean.

Paar plans to name her unborn twins after the ship that saved her.

As of 21 November 2019, Ocean Viking had conducted 16 rescue operations and rescued 1,150 people over four months.

READ MORE ABOUT OUR WORK IN THE MEDITERRANEAN >

2. The women's football team who transformed their pitch into a cholera treatment centre after Cyclone Idai

This story still makes us smile.

In the wake of the disaster, a cholera outbreak was soon declared. MSF immediately dispatched emergency teams and more than 100 tonnes of supplies, including medical kits, water and sanitation equipment and logistical items.

When we urgently needed help to set up a cholera treatment centre, a women's football team decided to take matters into their own hands.

MSF/Hassan Kamal Al-Deen
Jalal and Jamal start the day in Bardarash Camp with Bruno (right), who is in charge of mental health activities at MSF.

It's easy for Jalal and Jamal to put themselves in the shoes of Syrian Kurdish refugees.

The two men, from the town of Sinuni in Sinjar District, Iraq, were forced from their own homes when their region was occupied by the Islamic State group (IS) in 2014.

Five years later, they're now on the frontline providing mental health support to other refugees.

When Bardarash Camp opened in October to shelter people fleeing Turkish military operations in northeast Syria, Jalal and Jamal were part of the first MSF medical team sent to the site.

In their roles as a medical translator and community health worker, they go from tent to tent, meeting families and identifying symptoms that may be related to psychological trauma.

"As former refugees, we know what they may be feeling in these moments that we ourselves have gone through," says Jamal.

"What’s more, the language that Syrian Kurds speak is close to that of our region, which makes it easier for us to understand each other and create a close bond.”

"People have as many questions to ask us as we have for them, and that's normal," adds Jalal.

"Even if we don't have all the answers, what's important to them is that they can share their stories, fears and doubts. This helps us identify people who may need more support."

MSF went on the road with Florence + The Machine when they kicked off their "High As Hope" world tour in 2018.

The British indie band donated £1 from every ticket sale to MSF as they travelled around the globe, wrapping up the tour this September.

These vital funds will help us to continue our important work.

Twenty years ago on December 10th, 1999, we were awarded the @NobelPrize for Peace.

Now, at a time when humanitarian aid is often under attack and even criminalized, this speech feels more urgent than ever. pic.twitter.com/EsUvHmnKVR

Twenty years ago, on 10 December 1999, MSF was awarded the Nobel Prize for Peace.

The judges chose MSF "in recognition of the organisation’s pioneering humanitarian work on several continents" and to honour our medical staff, who have worked in more than 80 countries and treated tens of millions of people.

"We are not sure that words can always save lives, but we know that silence can certainly kill"
DR JAMES ORBINSKIMSF INTERNATIONAL COUNCIL PRESIDENT, 1999

The proceeds from the prize were used to set up a Neglected Disease Fund, designed to support pilot projects for the clinical development, production, procurement and distribution of treatments for neglected diseases, such as Chagas, sleeping sickness and malaria.

MSF’s Access Campaign is also celebrating 20 years of improving access to affordable medicines for the world's most vulnerable people.

See what our supporters have helped us achieve over the last two decades:

6. The refugee children being protected against disease after MSF campaigned for fairer vaccine prices

MSF/Sophia Apostolia
MSF nurse Waltraud Gebhard holds a refugee child, who has been vaccinated against pneumonia on the Greek islands.

This week, MSF has been vaccinating children between two months and 15-years-old living in Moira refugee camp on Lesbos island, Greece.

It's another win for MSF's #AFairShot campaign, which put pressure on pharmaceutical corporations to drop the price of vaccines and led to the creation of a programme known as the Humanitarian Mechanism, in May 2017.

The scheme was set up by a group of NGOs, including MSF, to give children caught up in humanitarian emergencies access to vaccines at an affordable price.

MSF runs multi-antigen #vaccination campaign against childhood diseases this week for #children between 2 months & 15 years old living in #Moria camp on #Lesbos island! We hear a lot of crying but we also see a many cute little smiles on the faces of children and their parents. pic.twitter.com/tpXOHqxgQE

MSF first used the Humanitarian Mechanism to access the pneumococcal vaccine in Greece in early 2019. Our teams have continued to use it in several vaccination campaigns in refugee camps across the country to protect children against life-threatening diseases like pneumonia.

We need more companies to pledge vaccine commitments to the Humanitarian Mechanism, and for all governments hosting children in crisis to be able to access these prices.

7. The young South Africans taking charge of their sexual health

Khetha – which means "choice" in isiXhosa – was developed by MSF in partnership with Aviro Health to engage adolescents and young people in HIV testing and prevention by reaching them where they are – on their phones.

"Khetha is something we’ve been wanting as the youth," she says.

"There’s this stigma with young people about sexual health. You want the information, but you don’t want people looking at you in a certain way.

"Khetha is like a portable clinic, where you watch videos and ask questions.

feeling inspired? here's 12 ways you can help msf save lives >