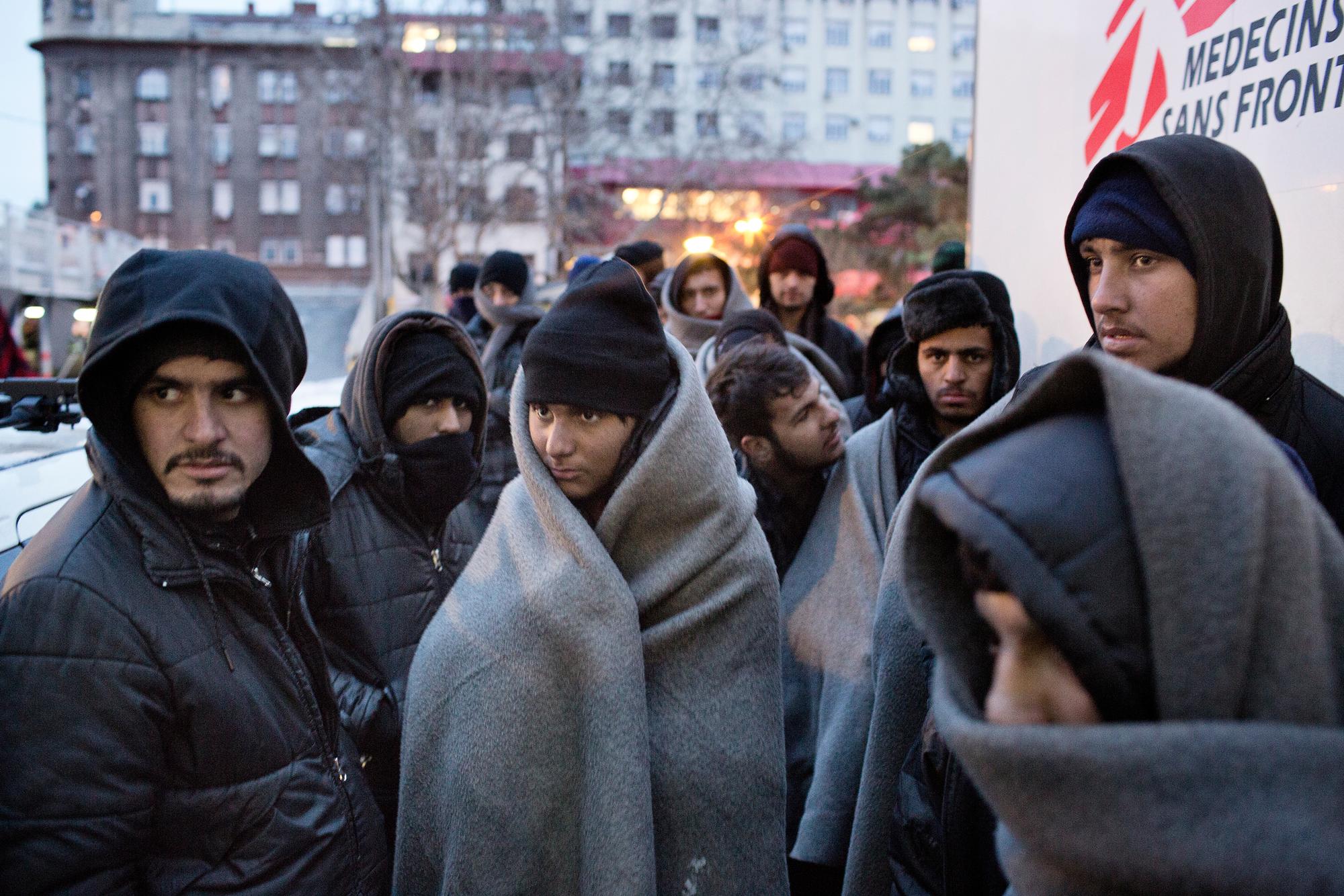 In recent months, our teams in Serbia have treated an increasing number of patients reporting widespread violence and cruel and degrading treatment allegedly perpetrated by Hungarian authorities at the Serbian/Hungarian border.

Médecins Sans Frontières/Doctors Without Borders (MSF) calls on the Hungarian authorities to investigate and take immediate action to stop these brutal practices.

Such abuse did not exclude vulnerable people such as unaccompanied minors: out of 106 cases, 22 of them are under 18 years.

“People tell us that they are beaten, made to lie on the ground while police officers stomp on them wearing boots," declares Christopher Stokes, MSF General Director, who has just come back from Serbia.

"They add that their clothes and shoes are often confiscated in the snow so that they have to walk back to Serbia barefoot through the cold.

"The bruising and the other symptoms that we see and treat are consistent with the type of abuses described."

MSF
"They took my shoes off and forced me to stand on the snow for an hour."

“It’s like a 'standard package of abuse', a ritual of brutality at the EU’s own border designed to stop people from trying to cross again. It is just shocking that this is happening with European leaders turning a blind eye.

"During the EU Council meeting on 9 March, which will be held exactly one year after the official closure of the Balkan road, European leaders should discuss if this brutality is how they plan to continue to protect their borders.”

According to recent testimonies collected by MSF teams, this violence has become repetitive and more humiliating in the last few weeks.

“Fences, push-backs and deterrence are not only cruel and inhumane, they are also ineffective and do not prevent people from crossing."
christopher stokesmsf general director

During the last weeks of February, more precisely on the night between 21 and 22 February almost 240 people were allegedly pushed back from Hungary. The day after the MSF clinic in Belgrade was crowded with more than 20 people seeking medical care after being severely beaten.

“This probably represents only the tip of the iceberg, as many of the people we meet at the border, for a variety of reasons, do not seek medical care for their injuries," continues Stokes.

"The volunteer groups that we are working with at the border encounter similar cases in large numbers."

Tahir Mirza/MSF
"I was hit in the head by the Hungarian police on Serbian territory, we didn't even cross the border."

MSF calls on European authorities and EU institutions to ensure full respect of the right to seek asylum and to strongly condemn all forms of ill-treatment at borders.

“Fences, push-backs and deterrence are not only cruel and inhumane, they are also ineffective and do not prevent people from crossing," concludes Stokes.

"We continue to call for safe and legal channels to be open for people seeking protection in Europe."

our work in serbia >