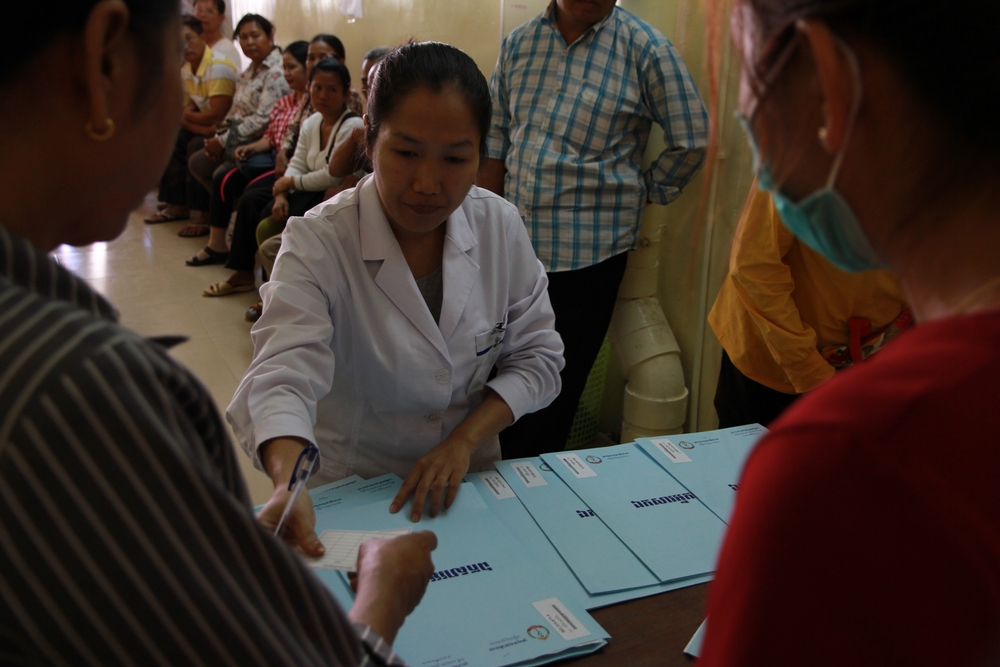 Médecins Sans Frontières/Doctors Without Borders (MSF) has today filed a patent challenge on the hepatitis C drug sofosbuvir with the European Patent Office (EPO) in an effort to increase access to affordable hepatitis C treatment.

MSF has joined Médecins du Monde (MdM) and other civil society organisations from 17 countries in simultaneously filing patent challenges on the pharmaceutical corporation Gilead’s monopoly on sofosbuvir, in a bid to remove the barriers that prevent millions of people receiving treatment.

"Hepatitis C treatment should be available to everyone who needs it"

“With an estimated 80 million people worldwide living with hepatitis C, treatment should be available to everyone who needs it, no matter where they live – including in Europe”, said Dr Isaac Chikwanha, hepatitis C medical advisor for MSF’s Access Campaign.

“The price of sofosbuvir is keeping treatment out of reach for millions of people who need it, and treatment is being rationed or is just unavailable across the globe, including in many of the countries where MSF works, such as Russia, and many other middle-income countries including Thailand and Brazil.

"A drug that cures doesn’t do any good if the people who need it can’t afford it.”

Sofosbuvir forms the backbone of most hepatitis C combination treatments for people, one of a range of oral ‘direct-acting antivirals’ to come to market within the last four years that has caused cure rates to skyrocket.

"Gilead initially set the price [of sofosbuvir] at a staggering $1,000 per pill. Meanwhile, studies have shown it costs less than $1 per pill to produce"

Meanwhile, studies have shown that it costs less than $1 per pill to produce the drug.

“Gilead’s patent monopolies on sofosbuvir are blocking access to affordable hepatitis C treatment, including generic versions, in many countries including those in Europe”, said Aliénor Devalière, EU Policy Advisor for MSF’s Access Campaign. “This patent can – and should – be challenged; the science behind sofosbuvir isn’t new.”

Access to affordable medicines has become a global challenge.

Countries where Gilead retains monopoly control over sofosbuvir cannot import or produce generic versions; for many people living in some middle-income countries, Gilead’s restrictive voluntary licensing agreements still keep sofosbuvir out of reach for people and their governments.

Patent challenges – or patent oppositions – can remove or shorten the length of a patent and enable the robust generic competition needed to dramatically reduce prices.

Key patents on sofosbuvir have already been revoked in China and Ukraine, and decisions are pending in other countries, including Argentina, India, Brazil, Russia and Thailand.

“Successful patent oppositions have created access to life-saving drugs for millions of people in the past, and are now being employed as a legal measure to improve access to hepatitis C treatment,” said Yuanquiong Hu, Legal Advisor for MSF’s Access Campaign.  “MSF has filed or supported patent challenges in many countries.

"People all over the world, and in the projects where MSF works, need affordable access to life-saving medicines.”

If the patent challenge is successful, it could accelerate the availability of affordable generic versions of sofosbuvir in Europe.

It would also encourage all countries to take measures to open up access to affordable generic versions of sofosbuvir by either negotiating better deals with Gilead right now, and/or taking actions including issuing compulsory licences to import or manufacture more affordable generics.