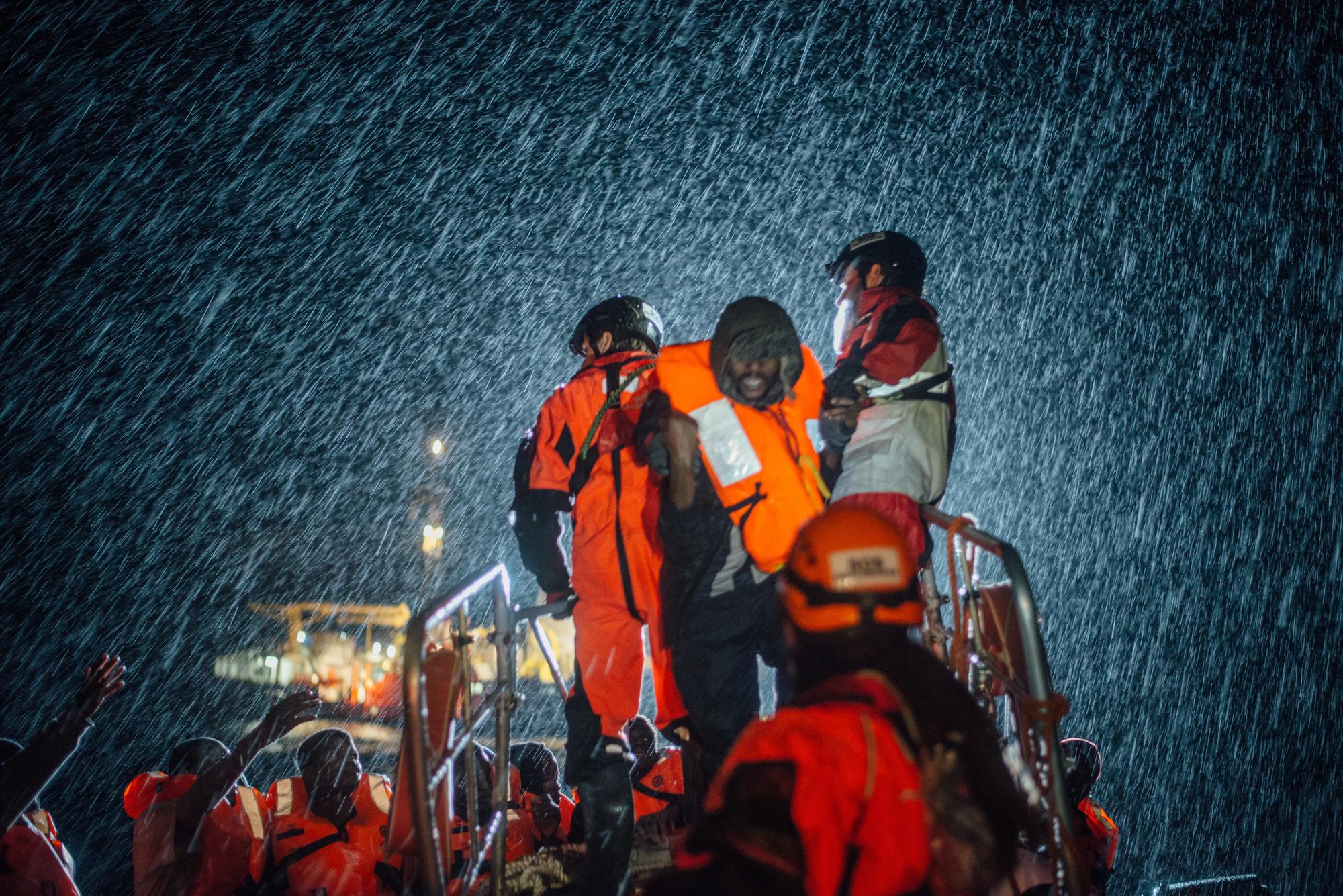 How to stop the rising tide of death in the Mediterranean

The number of people who died trying to reach Europe by crossing the Mediterranean has reached an all-time high, and is becoming comparable to what Médecins Sans Frontières/Doctors Without Borders (MSF) is used to seeing in warzones.

The UN Migration Agency recorded at least 5,079 deaths last year - the actual number of deaths is likely to be much higher.

We have no idea how many dinghies overloaded with terrified passengers set sail from Libya in the direction of Italy each day. Nor do we know how many of them sink without trace, before they reach busy shipping lanes in the Mediterranean or call for help.

"We check in case there is a name or phone number scribbled in biro on their clothes but more often than not, the death certificates our doctors write are for persons unknown. Many of these individuals will remain nameless forever, their families at home waiting anxiously for a phone call that will never come."
JENS PAGOTTOCOUNTRY REPRESENTATIVE for msf search and rescue operations in the mediterranean and libya

Under international maritime law, all vessels in the area - whether commercial ships, military warships or rescue boats operated by charities such as MSF - must provide assistance and take people rescued to a place of safety.

But if not spotted in time, people sink to the bottom of the sea along with their boats. Some of the bodies then wash up on the North African shore, or get caught up in fishermen’s nets weeks later.

One of the most horrific things our teams on rescue boats in the Mediterranean do is recovering the bodies of men, women and sometimes very young children who have drowned.

Our doctors make absolutely sure that people are past the point of resuscitation, that there is no more than can be done.

We bring the bodies on board, estimate the person’s age and take photographs of every individual which are then handed over to the Italian authorities.

Kevin McElvaney
MSF and SOS Mediterannee Search and Rescue personnel operate in appalling conditions in the Mediterranean sea, 22 December 2016, as they help a boat in distress full of refugees and migrants off the northern coast of Libya.

Maritime regulations state that in the event of a death at sea, all possessions should be carefully kept with the deceased. However, often there are no possessions at all, not even a pair of shoes.

We check in case there is a name or phone number scribbled in biro on their clothes but more often than not, the death certificates our doctors write are for persons unknown.

Many of these individuals will remain nameless forever, their families at home waiting anxiously for a phone call that will never come.

Hypothermia on the dinghy or violence in Libya?

For those who are pulled from the sea alive, many need treatment for hypothermia, dehydration or chemical burns from petrol spills.

The marks we see on people’s bodies are testimony to the alarming level of violence and exploitation the vast majority have experienced while in Libya and along their journeys.

I remember one woman whose front teeth had been knocked out, another with a perforated eardrum after she was beaten around the head.

Meanwhile inside Libya, the political instability, economic collapse and breakdown of law and order show no signs of improving. Fighting continues in several parts of the country.

Many migrants are unable to return home. Refugees and asylum-seekers cannot receive protection due to the lack of a functioning asylum system, the limited role of the UN Refugee Agency, and the lack of strong legislation within Libya to provide protection to refugees.

Many people see no other option but to try and cross the Mediterranean in an attempt to reach safety in Europe.

Efforts by the European Union to prevent loss of life at sea through strengthened border control, increasing militarisation and a focus on disrupting smuggling networks, has only resulted in more people drowning not fewer.

Unscrupulous smuggling networks have been quick to adapt their way of operating, and the crossing by sea has only become even deadlier.

Training the Libyan Coastguard, in spite of their chequered human rights record, to intercept people at sea and return them to Libya isn’t the answer either.

People who are returned to Libya face arbitrary detention in unsanitary and inhumane conditions for prolonged periods of time. They have no way to challenge the lawfulness of their detention, virtually no access to the outside world, ill-treatment and a lack of access to medical care.

Any solution to stop people dying in the Mediterranean on such a huge scale must include offering people a feasible alternative.

The European Union needs to take urgent action to provide safe and legal channels for people to seek asylum and create legal migration pathways that make wider use of legal entry schemes.

Kevin McElvaney
A young child looks out across the rough seas of the Mediterranean from the deck of the MV Aquarius search and rescue ship after a dramatic nighttime rescue in appalling conditions.

People looking for work or seeking safety in Europe would then be able to do so legally rather than having to turn to smugglers.

Those with legitimate asylum claims or opportunities to work should be able to simply board a plane rather than having to undertake long and dangerous journeys or risk their lives at sea.

Until a comprehensive solution is put in place, the mass drownings in the Mediterranean will continue.