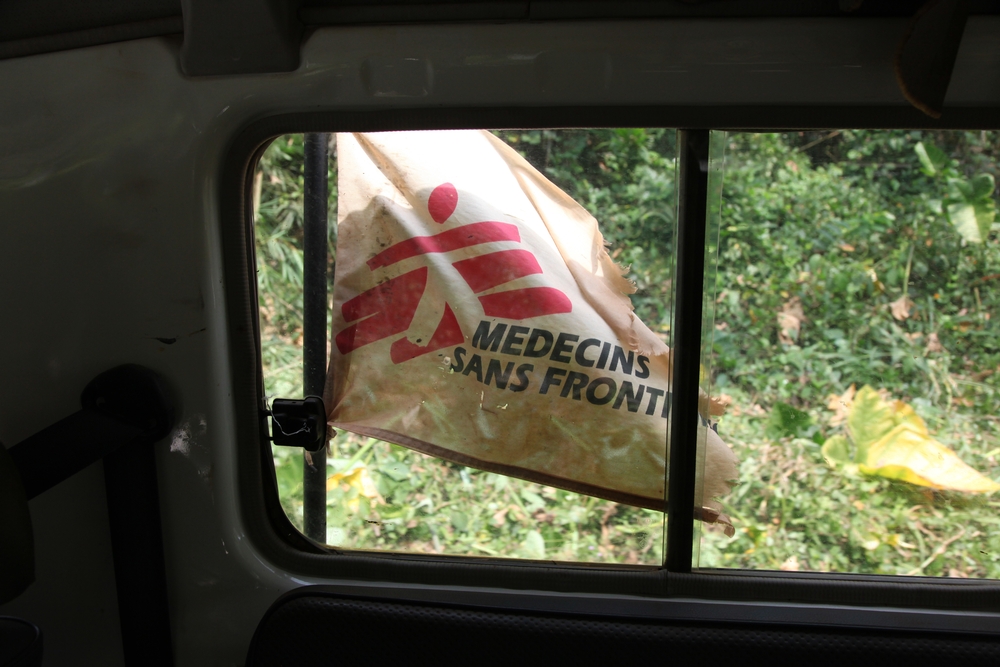 As an NHS doctor, I have read the organisation’s annual Workforce Race Equality Survey where I find the experiences of BAME staff like me, as employees of the UK’s largest employer, a mirror of the society it is within, to be objectively and subjectively worse than their white counterparts.

With COVID-19 deaths I have seen exposed the UK health inequalities which are deeply entwined with race-based socio-economics and have seen a particularly tokenistic effort by those in power in attempting to understand why this has come to pass, much less try to do something about the root causes.

These are my professional realities as a doctor in the UK today.

As the Chair of the board of MSF UK, and its representative in MSF’s highest governing body, I have also been reflecting on Black Lives Matter and what racism means to MSF’s realities.

I have thought back to this exact week of June in 2017 when, as President of MSF UK, I took part in the MSF International General Assembly.

In that meeting, which is MSF’s highest governing body and includes all the Presidents of MSF offices globally, I did not support a motion brought by the MSF USA delegation which asked that we recognise MSF as a movement that is structurally racist and which put forward five recommendations for action to begin tackling internal discrimination.

I did not listen to the moral alarm bell being rung by my American colleagues. I could not tolerate the words “institutional racism” being used when talking of MSF.

I have read that the definition of racism in the context of MSF as a European-headquartered and European-minded medical humanitarian aid organisation should be considered as “a series of encompassing economic, political, social, and cultural structures, actions, and beliefs that systematically perpetuate an unequal distribution of privileges, resources and power between white people and people of colour.”

As such, I appreciate the role I have in those systems as an individual leading a platform of power within MSF.

I have listened to and believed the testimonies of my colleagues who have experienced discrimination based on their skin colour and nationality. For example, a black Kenyan member of staff experiencing barriers within the movement that a white British person would not.

I have seen how the movement's core principles of Independence and Neutrality have embedded HR practices that value more the staff in field management positions who are visibly from another country, and usually white.

These staff facilitate MSF’s independence and neutrality by being foreign to where they work and embody our international solidarity. By valuing them more, MSF has unintentionally reinforced a two-tier staffing system within the movement.

I have perceived that another of our core principles, Impartiality, could have facilitated the avoidance of crucial listening spaces which in turn helps perpetuate racism.

This has, to our credit, wholeheartedly played out in all our operations. However, when coupled with the de facto ‘good people’ status of humanitarians, it can be a convenient truth to hide behind: “we do not see race, we are medical and so impartial, racism is not us.” In making this statement dialogue is shut down.

I have understood how the humanitarian aid sector at large is an industry that is a product of a paternalistic White Saviour complex bound close to the old and despicable colonial narrative of “the white man bringing civilisation to the savage”.

This is reflected in today’s image of the European humanitarian movement bringing succour to needy people of Africa, for example. MSF language perpetuates those powerful colonial tropes: we go “on mission”, I am an “expat”, we have “beneficiaries”.

I have observed power imbalances fall, time and again, along lines of skin colour, be it between movement and community, supervisor and team member or caregiver and care receiver.

While I am proud that much of MSF programming has alleviated the suffering of those discriminated against or violated because of their race or ethnicity, I accept that I have not fully appreciated the impact of racism and other intersecting discriminators in humanitarian action more broadly.

With all of the above in mind, today, I acknowledge that there is institutional racism in MSF.

Despite internal anti-discrimination statements issued in 2017 and the consequent learning and development investments, projects and strategic goals we have made that have brought about concrete improvements, much ground is yet to be covered if MSF is to be a truly anti-racist movement.

"I am clear that deep and fundamental change is required to end institutional racism in MSF and I am not frightened that this will cut to the heart of our 50-year history."

We simply haven’t made the progress we ought to have made and as Chair of the board of MSF UK, I am ultimately accountable for that.

I am sorry I have not done better. I say this as a leader of MSF, not only because urgently changing our ways of working is so obviously the right thing to do, but because it is so long overdue.

I am grateful for the new impetus that Black Lives Matter has provided me. The irony that this alarm bell has again come out of the USA, as it did in 2017, is not lost on me and I will not make the same mistake twice. Our staff demand it.

I am clear that deep and fundamental change is required to end institutional racism in MSF and I am not frightened that this will cut to the heart of our 50-year history.

We need a new narrative around 'sans frontières', one that joins people together across borders, united around our common purpose, and deals with the structural barriers that exist for some of our staff to progression and inclusion. Our supporters expect it.

I am committed to establishing those new ways of working that not only achieve anti-racism but also keep us true to the effort that has brought so many of us together from around the world in the hope of delivering assistance to the most vulnerable. The people we seek to assist require it.

Finally, I am aware that I have centred myself in this piece and as someone who has no doubt been privileged by racism, this can be hurtful to those who have been impacted by it. Please accept this humble reflection as just that and know that now I am finally taking action.