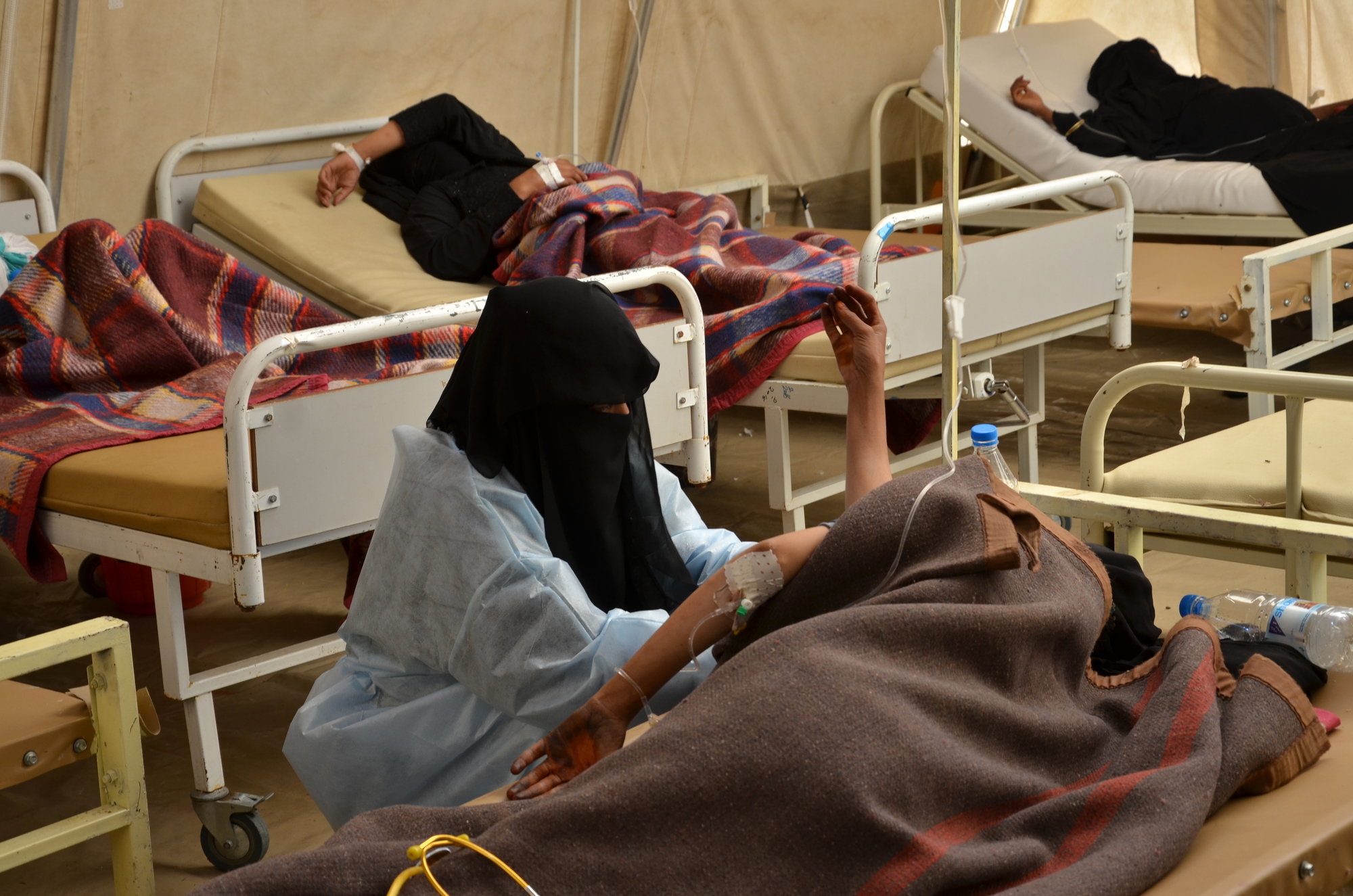 Yemen: Over 50,000 people affected by cholera

Yemen's ongoing conflict is having a direct impact on its people's health. At the end of May, the World Health Organization reported over 50,000 cases of cholera in the country.

The conflict has resulted in a broken healthcare system, poor levels of sanitation, and low levels of safe drinking water, exacerbating an outbreak of cholera among the population.

Furthermore, Yemen's people are having more and more difficulty in accessing health facilities on time. The outbreak is spreading to more remote and poor communities, who have further to travel and less money for transport.

In addition, cholera cases are now being reported from 19 governorates out of 22, where previously it had reached 15.

We also support the Ministry of Public Health and Population, helping train staff in cholera response and contributing donations.

Due to the quickly growing number of cases, we are continuing to expand the capacity of some of our Cholera Treatment Centres (CTCs). This involves opening new centres, evaluating their needs, and supporting them through donations.

After treating patients, the next step is to focus on outreach activities.

In Yemen, many households have individual wells which makes detecting corrupted water sources a very long process. We will focus on chlorinating these wells, and push hygiene promotion in hard-to-reach areas.

UNICEF's chlorination of all water-trucking in Yemen's capital, Sana'a, has been important to stabilising the cholera outbreak. Humanitarian actors need to multiply similar efforts across the various affected governorates.