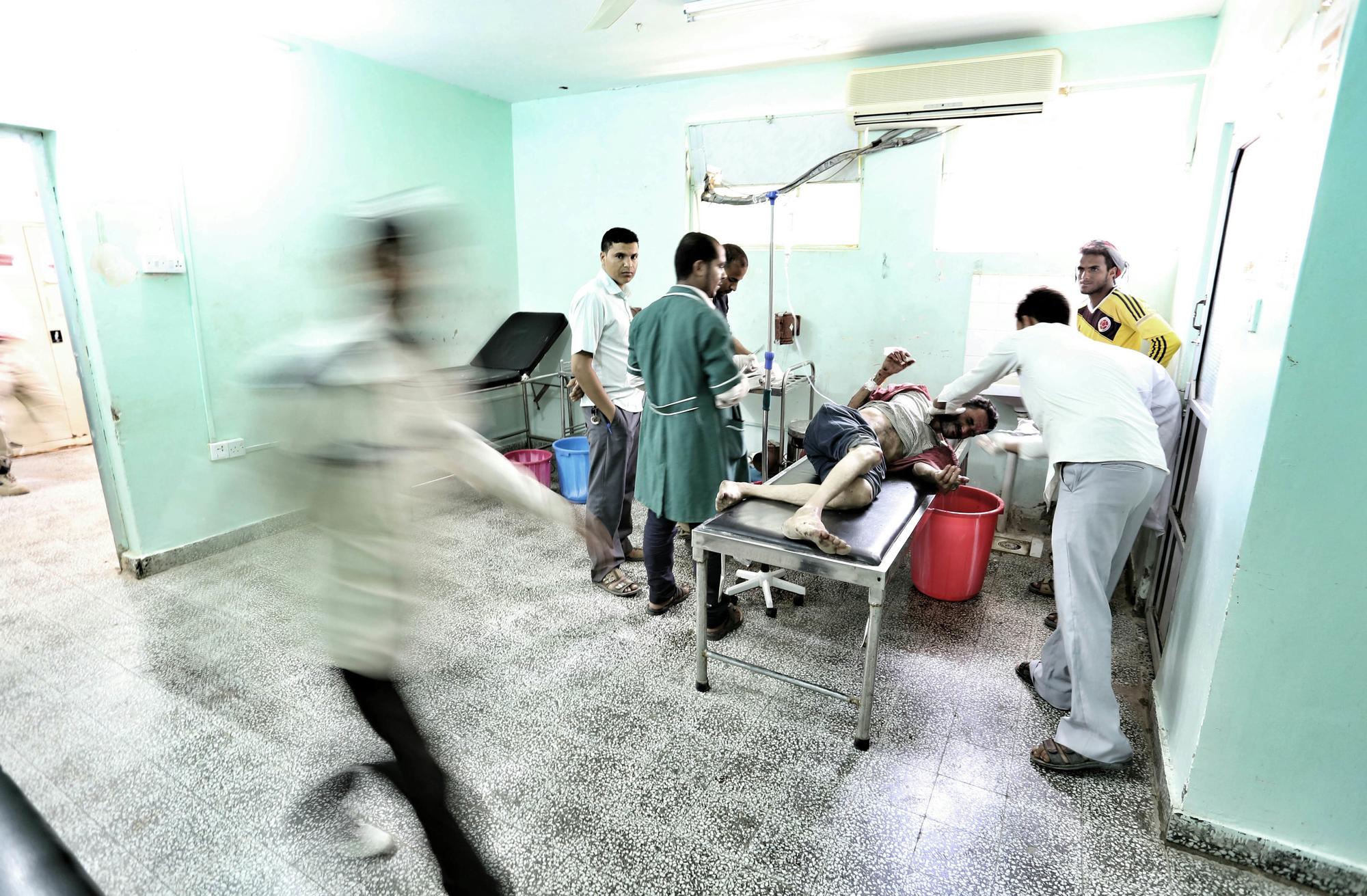 Yemen: Healthcare under siege in Taiz

A report on medical care in wartime was published today by Médecins Sans Frontières/Doctors Without Borders (MSF), focusing on the impact of conflict on Yemen’s third-largest city, Taiz.

MSF’s new report focuses on both the direct and deadly impact of the war on the civilian population of Taiz, and the collapse of health services in the divided city, as observed by MSF’s teams in Taiz.

“The desperate situation in Taiz exemplifies what is happening in Yemen as a whole,” says Karline Kleijer, MSF’s emergency manager for Yemen.

“The warring parties in Taiz regularly demonstrate a lack of respect for the protection of civilians, health facilities, healthcare workers and patients. Our patients on both sides of the frontlines report being injured by shelling while preparing lunch in their kitchens, wounded by airstrikes while walking to their fields, maimed by landmines while herding their livestock, and shot at by snipers in the streets outside their homes.”

"Do I feel safe working in the hospital? I never feel safe"
emergency room supervisorpublic hospital in taiz

Medics fear for their lives at work

Taiz governorate, in southwestern Yemen, has seen some of the most intense and sustained fighting since the conflict escalated in March 2015.

Taiz city itself is divided by frontlines and for almost two years, the city’s residents have been living under constant fear and prolonged suffering.  The city is a grim example of the urgent need for more medical aid, particularly basic healthcare.

Medical services in Taiz have been directly affected by violence, with hospitals repeatedly hit by shelling and gunfire, an MSF mobile clinic was hit by an airstrike, and ambulances shot at, confiscated or forcibly entered by armed men.

Medical staff have been shot at on their way to work, harassed, detained, threatened and forced to work at gunpoint. Many health workers take great personal risks working in Taiz, and many fear for their lives while at work.

People turn to private healthcare as a last resort

“Do I feel safe working in the hospital? I never feel safe,” says an emergency room supervisor of a public hospital in Taiz.

“There is no respect for health facilities. Our hospital has been targeted and shelled many times; the shelling is causing a lot of distress, both among staff and patients.”

Mohammed Sanabani/MSF
A displaced woman lives in a tent in the al-Batra area of Taiz.

A crippled health system, combined with increasingly harsh living conditions, has prompted a decline in people’s health, with particularly acute consequences for vulnerable groups with low immunity such as pregnant women, new-born babies and young children.

Most families now live with little or no electricity and insufficient food and water. Many have been forced to flee their homes to escape the fighting, and now live in makeshift settlements or crowded buildings, often without adequate sanitation and essentials such as mattresses, blankets or cooking equipment.

Free healthcare is extremely limited and private care can be prohibitively expensive, with people turning to it only as a last resort, when they are very sick and it may already be too late.

Since the violence erupted, MSF has helped treat over 10,700 war wounded patients in Taiz.

In its new report, MSF reiterates its calls on all warring parties to ensure the protection of civilians and health workers and allow the wounded and sick access to healthcare.

MSF also calls on international aid organisations and donor governments to increase their humanitarian response in Yemen and ensure that aid is delivered to all those in need.

The harsh conditions highlighted in these reports are not unique to Taiz. Across the ten governorates in Yemen where MSF works, our teams witness the same issues: Yemenis are victims of both the direct and indirect consequences of this deadly and destructive war; access to quality, affordable healthcare is severely compromised; and after almost two years of war, humanitarian and medical aid is still failing to meet people’s most basic needs.

find out more about our work in yemen