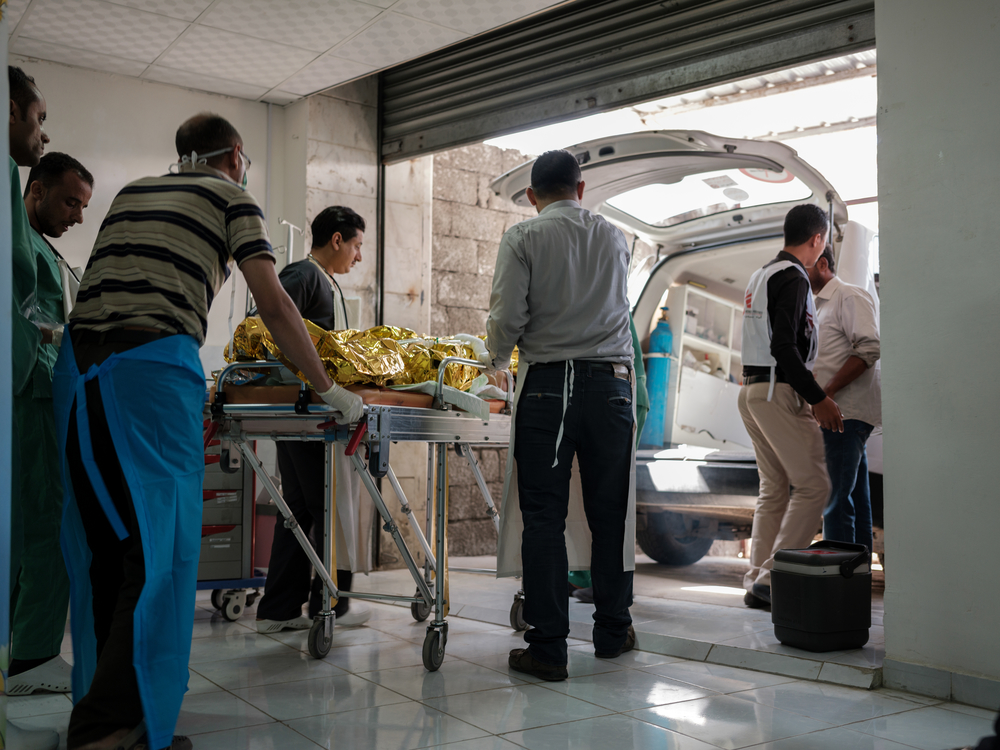 Four days of intense fighting in the Yemeni city of Taiz has left people unable to access healthcare, with at least one public hospital forced to close.

Médecins Sans Frontières/Doctors Without Borders (MSF) warns that urban warfare in densely populated areas is having devastating consequences for civilians and is preventing war wounded from accessing life-saving care in Taiz city.

“We are worried that wounded people are trapped between front lines, and many of them are not able to reach health facilities inside or outside of the city,” said Caroline Ducarme, MSF country representative in Yemen.

“Across three MSF-supported facilities within Taiz city, medical teams have received 49 war wounded and two dead upon arrival over the last four days. However, we do not know the true total number of wounded in need of emergency assistance.”

There have been reports of a hospital being damaged due to fighting nearby. Additionally, one of the public hospitals in Taiz has been forced to close due to fighting, making it even harder for people to access urgently needed medical care.

In one MSF-supported public hospital, medical teams reported that a severely wounded patient was forcibly taken out of the operating theatre and prevented from receiving much needed medical care. This is simply unacceptable.

“There is a continued need for increased protection of health facilities,” said Ducarme.

“Patients tell us that they can’t access hospitals due to clashes and roadblocks, and there is a fear that hospitals may be attacked. As a result of this fear, people are taking their relatives out of hospitals. Some medical staff have left their jobs as they are so afraid for their safety.”

On the first day of the fighting, the MSF trauma centre on the other side of the frontline in Taiz Houban received a two-year-old boy with a shrapnel injury to his face after a shell landed close to his house in the old city.

The family had to drive for almost three hours, crossing front lines under gunfire, to reach the facility.

Once again, MSF calls on all warring parties to put stronger measures in place to ensure protection for civilians; to facilitate access to medical facilities for all the sick and wounded; to allow humanitarian and medical supplies into all areas; and to protect medical staff and health facilities.

MSF is an impartial and neutral medical humanitarian organisation. Across Yemen, our teams are working in 13 hospitals and health centres and providing support to more than 20 health facilities in 12 governorates.

However, repeated attacks on medical staff and facilities in the past year have forced MSF to suspend activities in several locations. More than 119,110 war-wounded patients have been treated in MSF-supported hospitals in Yemen since March 2015, when the most recent conflict started.

Header image: A patient is prepared to be transferred from the trauma unit of the "Mother and Child” Hospital in Taiz, March 2018.