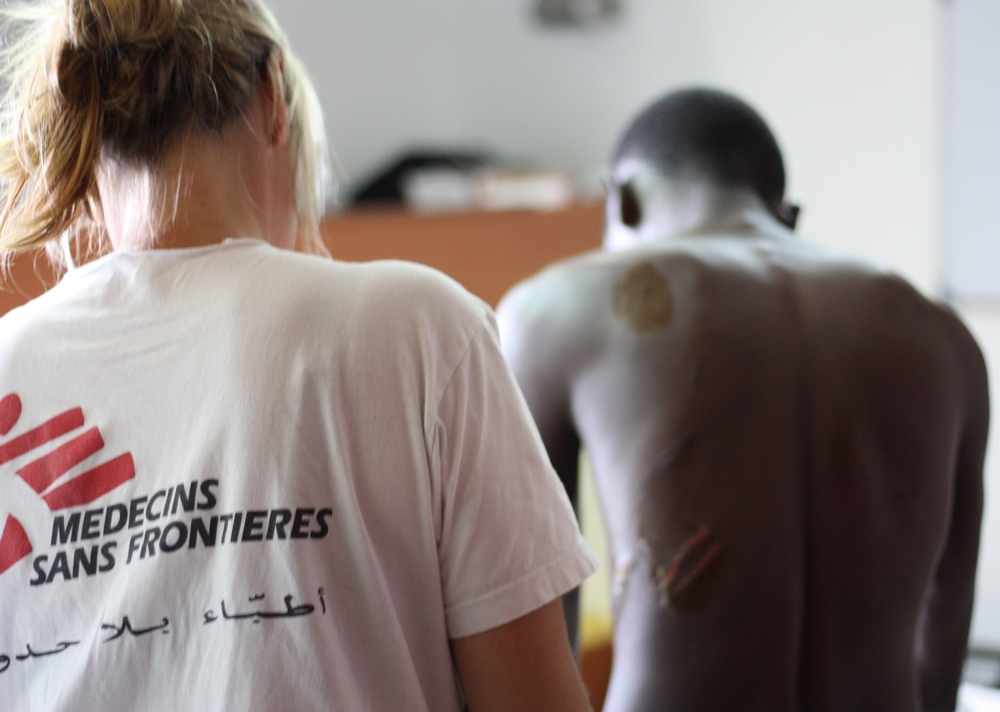 We need to talk about torture

There have been times I have seen the same patients over and over again for weeks. I would arrive at the surgery and see the same faces queuing up to seek help.

They would complain of headaches, general body pain and sleeping problems. I’d prescribe them treatment but nothing would work. Instead, they’d come back the following week with a similar complaint.

It wasn’t until a psychologist told me one of my patients had been tortured that I realised I had completely missed the point. My patients had been calling out for help with the only words they could find, but even with all I had read about torture, I wasn't able to see the consequences lying on the examination table in front of me.

I was ashamed of myself and felt incapable of meeting my patients’ needs.

"Torture aims at destroying the individual"

In 2017, torture is still used in countries all over the world but the global medical community is still largely unprepared to spot amongst its patients survivors of torture. Torture remains almost completely absent from the academic curricula of medical schools.

Likewise, society at large knows only what is shown in movies and TV series, where torture is often portrayed as a legitimate tool to extort information despite the fact that studies show that it is an ineffective tool for obtaining reliable information.

"Often torture leaves no physical scars, yet the body becomes the container of a broken person, whose soul is marked with countless bruises"
Dr federica zamattomsf medical advisor on torture

Today what is true is that torture is widely used all over the world. Torture aims to destroy the individual, physically and psychologically, obliterating the person’s trust in humanity and disrupting all links to society.

Electrodes applied to the fingers; toes and genitals; extreme extension of the body in uncomfortable positions to tear the joints; beatings; repeated sexual violence sometimes with objects; deprivation of light; exposure to continuous high volume noise; beatings; burns; mock executions; water boarding: this list or any other is not exhaustive as new methods are created constantly. Inhumanity is crafty.

Often torture leaves no physical scars, yet the body becomes the container of a broken person, whose soul is marked with countless bruises. From the outside, you might see a fit body but inside it hides a set of broken glasses.

If torture victims survive, they often find themselves totally alienated from everything and everyone they used to know. For these men, women and children describing the inhumane is not only difficult but can also be incredibly painful if the person they are talking to is not receptive, not prepared to trust or not willing to share the burden of suffering.

Nothing is more painful than trusting someone, telling your story and discovering indifference on the other side.

"The path to rehabilitation is long and hard"

As Médecins Sans Frontières/Doctors Without Borders (MSF) we have met survivors of torture in our waiting rooms for more than 40 years and we continue to do so today.

Most are in conflict zones but not all. For many, we treated their physical scars without knowing what they had really been through. But for three years now MSF has been running specialised centres for the rehabilitation of torture survivors along the main migration routes.

Our patients are now welcomed in a safe environment by our multidisciplinary teams of psychologists, doctors, social workers, physiotherapists and cultural mediators.

The path to rehabilitation is long and hard but it slowly reestablishes a person’s trust in others and helps heal the body as well as the soul.

But MSF’s work is a drop in the ocean. In 2016 we provided specialised care for more than 1,400 survivors of torture; we have listened to their stories, to the extent they felt the wanted to disclose but there were thousands we could not reach.

Amongst the people we rescue on the Mediterranean Sea, 30 percent are estimated to be survivors of torture and other forms of ill treatment with many women, as well as men, raped along the route.

For most of these people there are no rehabilitation services available, as these are scarce and just do not have the capacity to meet the needs. On top of this, their needs often remain unrecognised and subsequently unanswered.

As MSF, we meet victims of indescribable atrocities every day.  We have decided to stand with them.