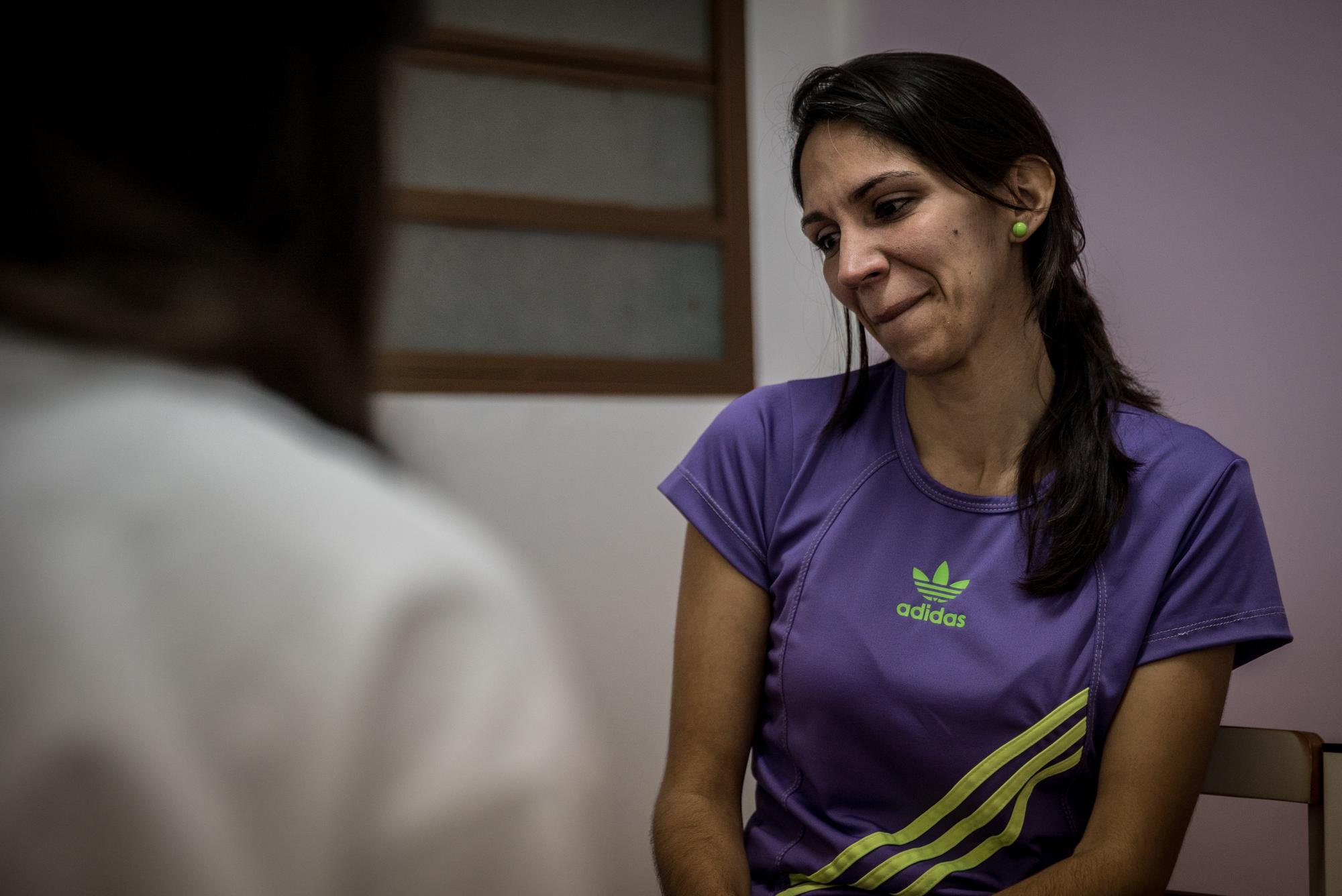 Venezuela: "The violence is really shocking"

Yanieri was there when her husband was shot dead.

As the pair left for work one day, a group of men arrived at their doorstep. Her husband, a security guard, was carrying a pistol - a valuable asset for gangs in Venezuela.

"They took his life to steal his pistol," says Yanieri, recounting that horrific day. "[For a long time afterwards] I felt dark, like I wasn't going to escape from where I was."

"I get an adrenaline rush if I step outside my community."
anonymous

The widow now receives psychological care from Médecins Sans Frontières/Doctors Without Borders (MSF) in La Vega, one of the most violent neighbourhoods of the capital, Caracas.

The free service is held inside a school, where our mental health team has carried out some 367 one-on-one psychological consultations.

In a country where stories like Yanieri's are all too common, mental healthcare is vital in helping people rebuild their lives.

"Before, I was much more nervous and anxious," says Yanieri. "With therapy [from MSF], I have learnt to control my emotions."

Caracas: a population living in fear

Caracas is a city with one of the highest homicide rates in the world.

In recent years, neighbourhoods on the city outskirts (which are the most vulnerable) have seen an increase in criminal violence.

Here, people live in the shadow of mafias and criminal gangs, where they are restricted by invisible borders that are deadly to cross.

People do not leave their houses after 8 pm at night.

MSF
A woman walks through Petare, Caracas, one of the most dangerous neighbourhoods in Latin America. Graffiti on the wall reads “Anyone who steals will die."

These groups use violence as a tool to exert control over their territory, establishing fierce rivlaries that sweep in everyday people. Many are kidnapped and held for ransom, or forced into recruitment by extortion.

It is common to hear gunshots throughout the day.

"The violence is shocking, really shocking," says an anonymous volunteer. "I feel safe in my community, but I get an adrenaline rush if I go to other parts."

Communities are continuously exposed to theft, armed assault, and murder - which has big consequences on people's mental health.

Neighbours live in fear, are depressed, and suffer from distress and anxiety.

MSF support to survivors of violence

In late 2016, MSF, in collaboration with local organisation Fe y Alegría, started to provide mental healthcare and support to people affected by urban violence, and survivors of sexual violence.

"The tragedy that people carry inside of them causes them to make many mistakes, starting with the mistreatment of children."
caterinacommunity leader in la vega, caracas

In 2016 our teams treated 210 cases of intentional physical injury, and gave medical and psychological care to 57 survivors of sexual violence.

Our staff hear many tales of confrontations with gangs, experiences with sexual violence, and have helped people mourn the loss of murdered family members.

Of our patients receiving care, 42 percent were children and adolescents.

Caterina, a community leader in La Vega, notes that violence is a vicious cycle passed down from generations.

"The tragedy that people carry inside causes them to make many mistakes," she says. "Starting with the mistreatment of children."

Our teams are working with children and adolescents in local schools.

MSF
An MSF psychologist works with preschool children on self-expression and managing emotions, asking them to draw how they imagine “fear” and “happiness”.

Through games and discussions, we are able to detect cases of intentional physical injury.

We also use activities to note how these children perceive violence, and how they react to a range of difficult emotions like fear, anger or sadness.

"The effects of violence are very noticeable here," says Maria Saenz, a social worker with Fe y Alegría. "We realised there are some young boys that need special attention.

"Some of these lads are getting involved in gangs themselves.

Community involvement is regarded as one of the most important factors to our success in Venezeula.

In order to do this, MSF is working closely with other organisations to perpetuate the importance of mental healthcare (in stemming the effects of violence) throughout the capital.

"We have created alliances with other organisations to empower community leaders and educators in mental health promotion," says Carolina Lopez, director of the project's mental health activities in Caracas.

There are now over 7,807 volunteers working with MSF in Caracas, coming together to raise awareness of mental healthcare's importance, and to prevent and detect cases of violence.

our work with neglected people >