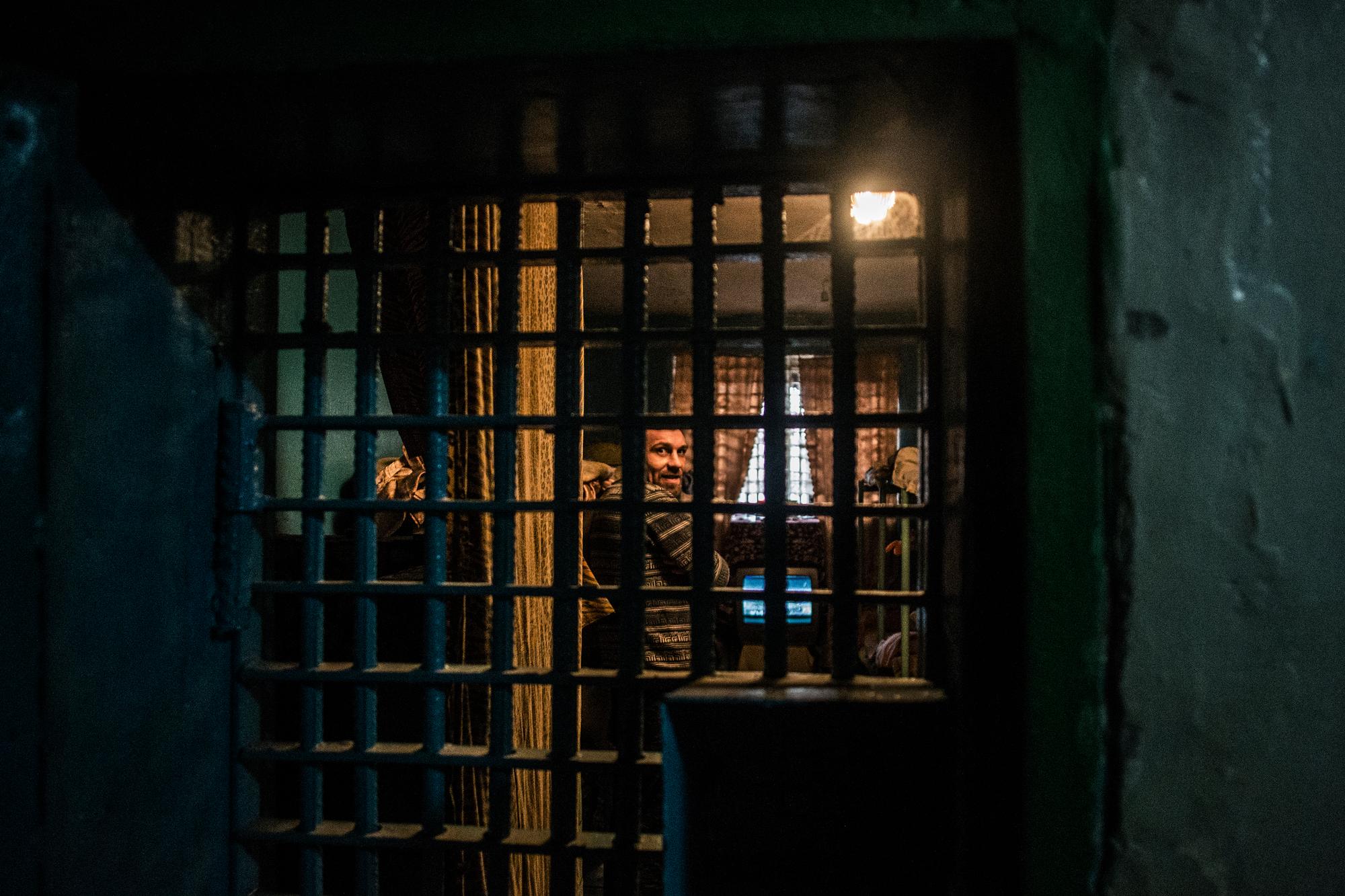 Ukraine: "You need to get tuberculosis treatment and believe in yourself"

My name is Artem. I am 35 years old. I come from the Donetsk oblast, Mariinskyi rayon, in the village of Constantynopolske, Ukraine. I was born here and I have lived here all my life.

In 2013 I was convicted for an offence I had committed.

After a year of serving my sentence in the penal colony, I was diagnosed with tuberculosis (TB). It was the drug-sensitive strain.

Staying in prison was already a difficult test. This was my first and only conviction; I got it because of my own fault, or should I say my own "stupid fault".

Then came the unexpected TB diagnosis. I was already getting used to the idea that I may be staying in the colony for a long time; then all of a sudden I had this disease.

I retired into myself, closed up, stopped talking to people, and drew the most terrible pictures in my imagination.

The TB diagnosis made me feel worse psychologically.

Seeing my condition, several prisoners who had already faced this disease came to support me.

They explained that TB is not so dangerous as many people believe, and it can be cured even while in prison - they had already been there themselves.

They said that in this situation you cannot 'overthink', you need to get treatment and believe in yourself, and never give up if you want to survive.

I was transferred to a specialised TB colony, Zhdanov IC number 3.

They explained the colony rules to me: prisoners who refused to be treated were kept in a separate ward.

Nobody forced me to be treated. It was my decision.

I began to follow the treatment procedure; it was not that difficult, because I had good tolerance to drugs. And when the course of treatment came almost to the end, the resistance results were delivered.

This World TB Day, meet Elizabeth from Kenya on the Everyday Emergency podcast

In March 2015, I was diagnosed with multidrug-resistant tuberculosis (MDR-TB).

This news did not shock me the same way it had the first time.

"I had already almost reached the finish once and thought that it would be easy again: But the treatment was very difficult this time."
artem

I was told that this is a more severe form of TB, and as a result the course of treatment would be extended and the drugs would be replaced by stronger ones.

No one said why this happened to me. I only knew that I took the medication by prescriptions.

I had already almost reached the finish once and thought that it would be easy again: But the treatment was very difficult this time.

MDR-TB treatment can take up to two years, and involves painful daily injections and many pills.

My body was already used to one drug, and now it had to rebuild itself.

The first three months were simply unbearable: I felt sick badly, my head felt like an iron, I had pain in the liver. The main problem for me was vomiting after taking medication.

Some patients shared drugs, but I took all my medications at once.

I repeatedly had a desire to quit. I saw prisoners who had these symptoms throughout the course of their treatment and understood that I could not stand it for this long.

I was very angry with myself for my weakness. But then the anger passed.

I saw prisoners who died from TB, because they were either not treated at all, or had quit, and then re-entered the treatment, but it was too late.

The good news for me was that I would be released on parole.

In July 2015, I continued to be treated at the anti-tuberculosis dispensary in Toretsk, and was given medical and psychological care by Médecins Sans Frontières/Doctors Without Borders (MSF).

The medicines were the same, but it was much easier to follow the treatment: good nutrition, conditions, attitude of medical staff all helped.

Nurses and doctors, though strict, were sincere, understanding. They explained what I had to do and how I had to do it, and took better care of me. I was not always an obedient hospital patient, but I was given concessions.

The support of my relatives also helped me very much. No one condemned me or turned away, but everyone treated me with understanding.

While I was in the penal colony, because of the outbreak of the military conflict in Ukraine, my sister did not have the opportunity to visit me, but she always supported me morally.

After I had left the colony, already during the supporting phase of treatment, I lived with my aunt. She never reproached me about my illness because she had twice recovered from TB herself, and knew what it was.

Artem was successfully cured of MDR-TB after his treatment.

If, God forbid, I had become sick with TB again and had been choosing whether to be treated or not, despite the long and difficult path of treatment I have experienced, I would have chosen 'treatment'.

"This is my great victory over myself, and overcoming this disease made me strong not only in body, but also in spirit."
artem

I have a lot of unsolved problems, the resolution of which depends more on a number of circumstances than on me. But sticking to my TB treatment depended on me and my resolve, completely.

This is my great victory over myself, and overcoming this disease made me strong not only in body, but also in spirit.

Now I am healthy and I know that I have enough strength for solving other problems.

our work in ukraine >