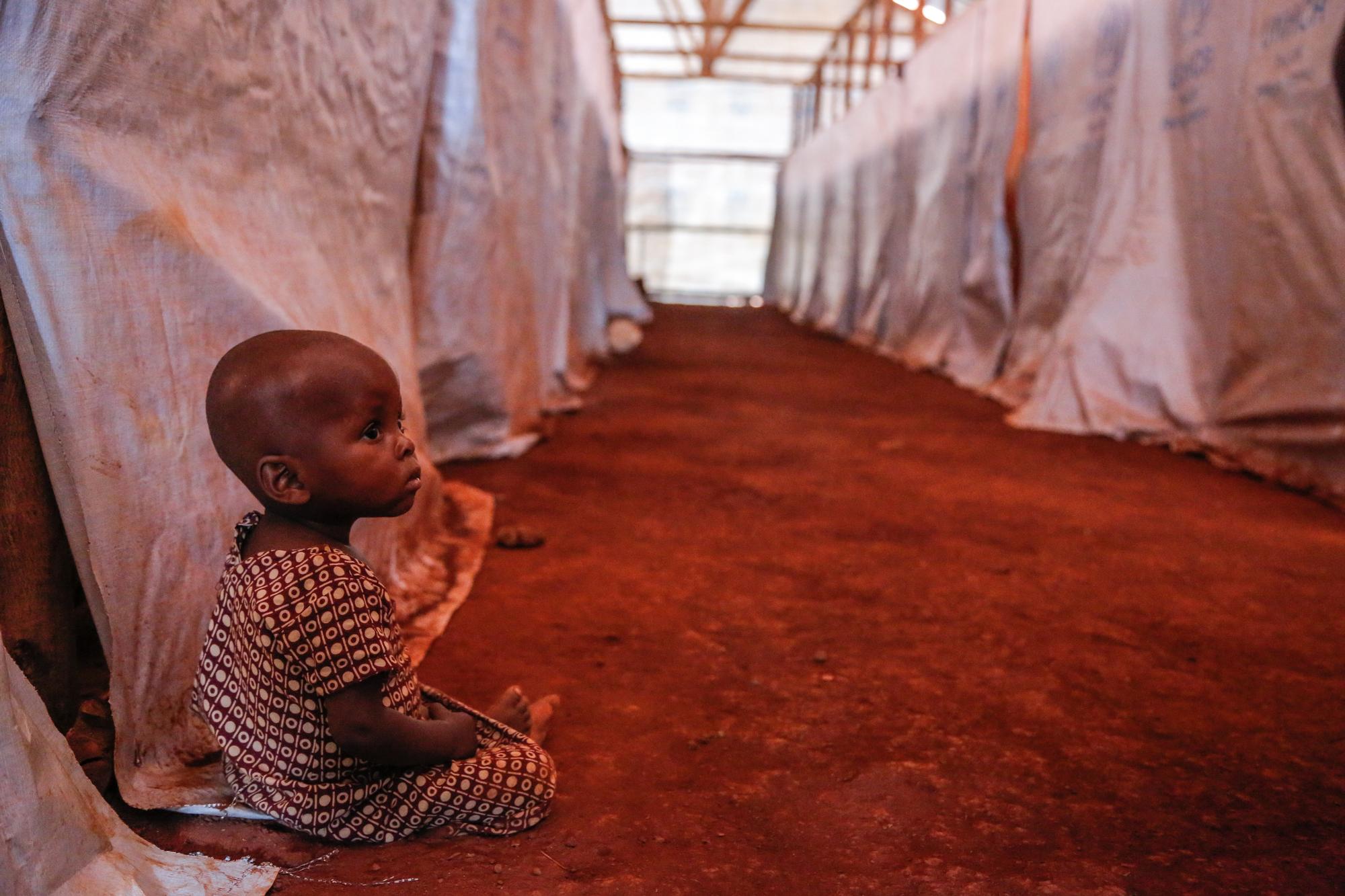 Pressure is mounting in Tanzanian refugee camps as the flow of refugees from Burundi continues on a large scale.

January saw the largest rate of new arrivals in a single month since May 2015, with nearly 19,000 people crossing the border into Tanzania, according to the UNHCR.

Some 290,000 refugees, over three quarters of whom are Burundian, are crammed into three overstretched camps: Nyarugusu, Mtendeli and Nduta.

Nduta camp - already full in November last year - is now overflowing and is currently home to 117,000 people, more than double its intended capacity.

“With the three camps at full capacity and the flow of refugees not slowing, it is more and more urgent that a site for a fourth camp is identified and immediately established," says David Nash, Country Manager for Médecins Sans Frontières/Doctors Without Borders (MSF) in Tanzania.

"MSF has repeatedly called for this, but we are still not seeing concrete action being taken.

Louise Annaud/MSF
Thousands of people stay at the reception centre while they wait for hours to be registered by UNHCR, before a family tent is allocated to them.

“Although agencies have begun to scale up assistance, the humanitarian response still does not match the rate of new arrivals.

"With insufficient shelter available, people are forced to spend more time in overcrowded communal shelters, where the risk of disease is much higher.”

In Nduta camp, where MSF is the main health provider, medical teams have seen a fourfold increase in the number of outpatient consultations.

Malaria is the major concern and with the rainy season putting additional pressure on already overcrowded and unsanitary living conditions, there has been an explosion in cases.

In January alone, we treated nearly 17,000 people for the disease in Nduta and Nyarugusu camps.

“There is a real fear that we may witness a health crisis if crowding gets worse and facilities are unable to meet the needs of people arriving.”
david nashmsf country manager in tanzania

Sexual and reproductive health services are in high demand in Nduta. Deliveries more than doubled during the last four months of 2016, and over 400 babies were born in January.

“There is a real fear that we may witness a health crisis if crowding gets worse and facilities are unable to meet the needs of people arriving,” continues Nash.

Efforts to meet the shelter, medical and hygiene needs of refugees will also need to take into consideration the recent decision by the Tanzanian government to revoke the prima facie status of Burundian refugees arriving into the country.

Since the emergency began in April 2015, all Burundians arriving into Tanzania have been automatically granted refugee status.

The decision to change this approach means new arrivals will now have their refugee status determined individually, a process that may affect the humanitarian assistance that can be made available to them.

Louise Annaud/MSF
MSF is the only health provider in Nduta camp, where along with Nyarugusu camp, we treated 72,644 cases of malaria between January and August 2016.

“International donors need to drastically increase their support to this crisis. At the same time, the Tanzanian Government must ensure it continues to respect refugee conventions and provide safe refuge for as long as people continue to flee.

"We again call for a rapid scale-up of aid to support the ever-increasing number of refugees entering Tanzania.”

MSF has worked in Tanzania since May 2015. Currently, our teams are working in Nyarugusu and Nduta camps.

In Nduta, we are the major medical provider, running a 120-bed hospital and five health posts, and providing mental health support.

our work in tanzania >