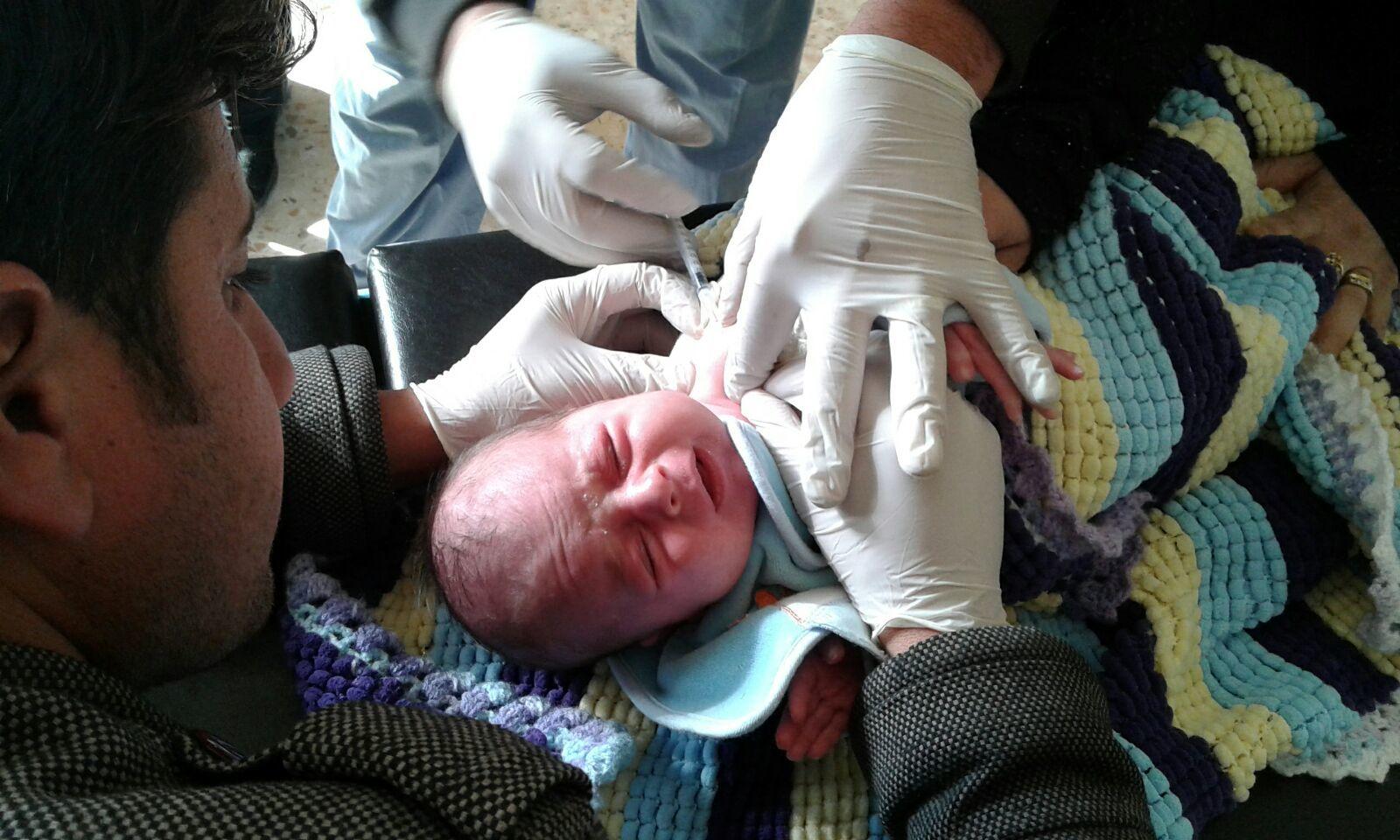 As airstrikes devastate east Aleppo, babies continue to be born - putting massive physical and mental strain on their mothers.

Women in the beseiged Syrian city are forced to live with a daily risk of being shelled, bombed or shot. They must also weather severe food and supply shortages, as airstrikes continue to target medical facilities.

With this in mind, some mothers feel distraught at the thought of giving birth in east Aleppo.

“For me, in these conditions, I think it’s a huge mistake [to have a child],” says one new mother. “After I gave birth, I felt so sad. Did I give birth, only for him to have a life like this?”

The difficulties begin in early pregnancy. The siege has led to severe food shortages, and many pregnant women are undernourished. This can lead to severe anaemia and other health problems.

“Without good nutrition, lots of pregnant women suffer from severe anaemia and low blood sugar, which can make them vomit or lose consciousness,” says Umm Wassim, a midwife who has been delivering babies in east Aleppo for 20 years. “Often the anaemia is so severe that they need a blood transfusion.”

Because of their mothers’ poor diets, many babies are born underweight.

After giving birth, many undernourished mothers struggle to produce enough milk to breastfeed their babies. Formula milk is no longer available, so parents are forced to feed their babies unsuitable foods such as ground-up rice or bulghur wheat.

The stress of living under siege and bombardment has also led to an increase in babies being born prematurely. “When conditions are really bad, a lot of women are scared and suffer psychological stress,” says Wassim. “[As a result] the number of premature babies has definitely increased.”

"The situation in east Aleppo is a tragedy. We're not used to all this fighting and bombing - it's getting worse day by day."
umm wassimmidwife, east aleppo

For months, women have struggled to reach east Aleppo’s only dedicated maternity hospital. This is because of transport difficulties due to fuel shortages, and the constant danger of shelling when travelling outside.

“More women have been giving birth in the street, or at home, especially if their labour happens at night,” says Wassim. “Often women don’t arrive at hospital until after they have given birth.”

Hospitals have again come under attack again from airstrikes – including the only children’s hospital in the besieged area, the largest general hospital and three surgical hospitals.

All of them went out of service, seriously limiting access to medical care.

This is forcing women (some with pregnancy complications) to give birth at home or in local health centres, which offer only minimal services.

KARAM ALMASRI/MSF
A hospital in east Aleppo is patched up with sandbags after it was hit by airstrikes in April 2016, killing one doctor and injuring several nurses.

“There are no doctors around here,” says a midwife working in the basement of a health centre. “The only thing we do is gynaecological examinations. We don’t have a paediatrician. We don’t have incubators. There’s no medical equipment.”

"We're not used to all this fighting and bombing"

Despite the daily realities of a war-zone, many people still regard the birth of a baby as something to celebrate.

"The situation in east Aleppo is a tragedy,” says Wassim. “We’re not used to all this fighting and bombing – it’s getting worse day by day.

"But despite all this, it’s still a happy occasion when a baby is born – why wouldn’t it be?”