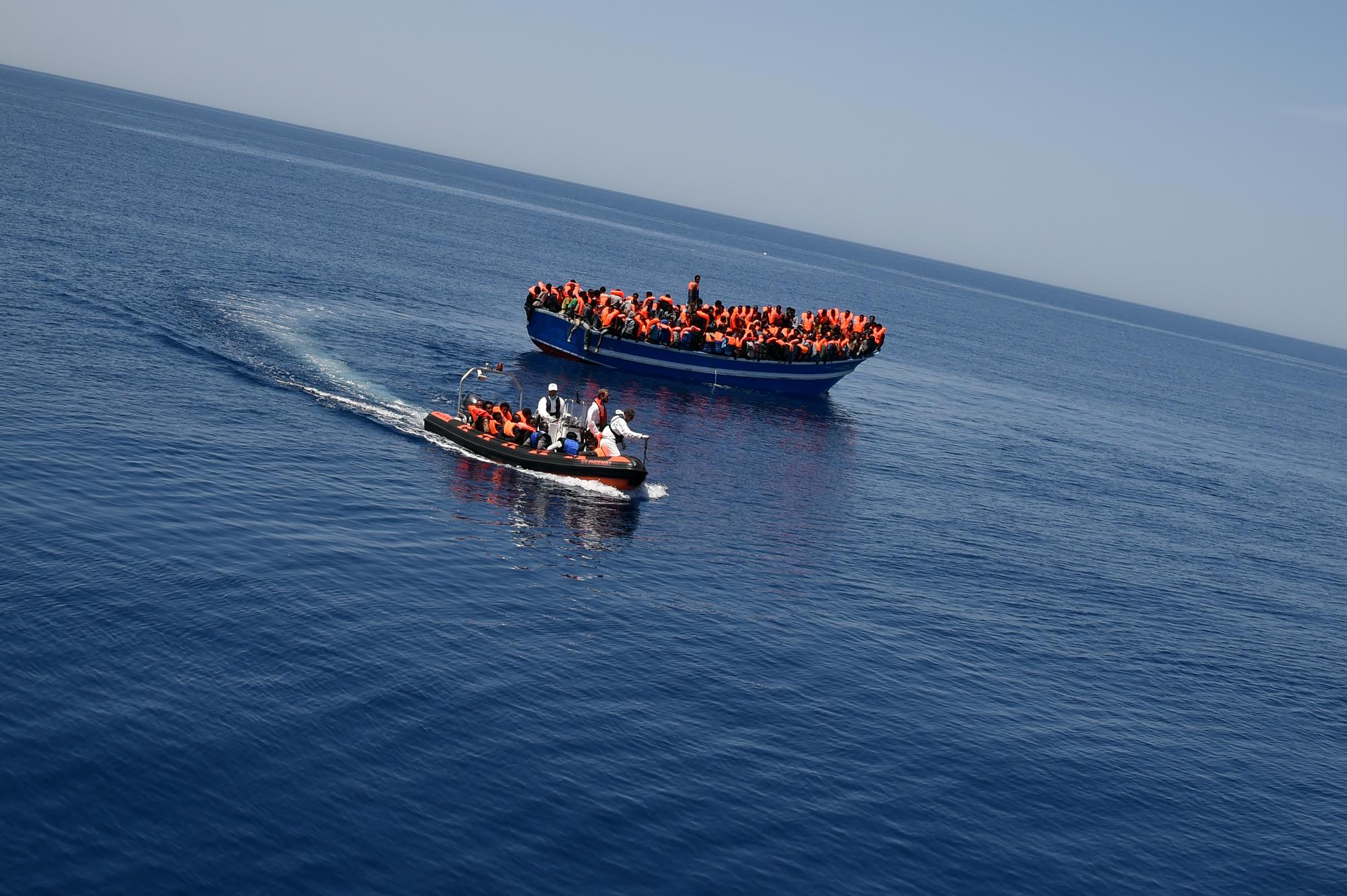 Médecins Sans Frontières/Doctors Without Borders (MSF) welcomes any effort that seeks to strengthen search and rescue capacity in the Central Mediterranean and save lives, and is engaging in discussion about the Code’s content in an open and constructive way.

However, MSF has specific concerns about several elements including ambiguities and insufficient clarity in the draft Code as well as concerns about conflicts with our humanitarian principles.

MSF has submitted to the Italian Ministry of the Interior these concerns and some amendments on crucial points, particularly relating to elements in the draft Code that would impede or reduce rescue activities.

Summary of MSF’s concerns with the proposed Code of Conduct:

Overall, we insist on the fact MSF employees are humanitarian workers, not police officers, and that for reasons of independence they will do what is strictly requested by the law but nothing more so as to protect our independence and neutrality.

It is also important to acknowledge that MSF’s search and rescue operations have always been conducted in respect of national and international laws and under coordination of the Maritime Rescue Coordination Center (MRCC) in Rome, and MSF has engaged constructively in all requests by the Italian police or other authorities.

To summarise some of MSF’s principle concerns with the Code as currently proposed:

Commitment 4 - to attest technical suitability (regarding the vessel, its equipment and the crew’s training) for rescuing activities.

As drafted, this clause is not clear enough about the standards that will apply for rescue activities and we would therefore like to seek assurances that the requirements of the code will not put a disproportionate burden on our rescue operations or lead to a reduction in the rescue capacity at sea.

Commitment 5 – which compels NGO rescue vessels, when they are doing a rescue in waters that are outside of any SRR (search and rescue region of responsibility), to immediately notify not only the nearest Maritime Rescue Coordination Centre (MRCC) but also the state under which flag they are sailing.

MSF is seeking explicit assurances in the Code that the commitment to notify several interlocutors will not hamper the decision-making process and that priority will always be given to rescue, as is stated in the law of the sea.

We would like to receive assurances that this commitment will not lead to situations reported in the past where distress calls were not answered or responsibility was not taken, leading to the death of people in distress. We know that some states and some MRCCs do not respond as quickly as the Italian MRCC, and time is of the essence to save lives.

Commitment 7 – which compels NGOs “not to transfer those rescued on other vessel, except in situations of grave and imminent danger requiring immediate assistance”

Since 2016, we have seen boats of migrants departing in waves, sometimes resulting in up to 20 boats at a time being in urgent need of rescue. The ability of small vessels to stabilise these boats while waiting for ships to embark them has been crucial to saving lives at sea.

Transfers between vessels have been commonly requested by the MRCC in Rome since we started our operations in 2015 and have allowed for rescues to take place in line with best practice, and for vessels to remain available for further rescues while others were returning to Italy.

The inefficient back and forth of all rescue ships to disembarkation points will consequently lead to a decrease in the presence of rescue vessels in the Search and Rescue region. This commitment is also contradictory to general Search and Rescue practices.

Ships engaged in rescue operations must be discharged of their duty as soon as possible, including through transfers to other ships when necessary, as recommended in the Guidelines for the Treatment of People Rescued at Sea.

Commitment 10 – which compels NGOs “to receive on board, upon request by the competent national authorities, judicial police officers…”

MSF is seeking inclusion of certain assurances related to this commitment. Involving our teams in law enforcement or investigative activities, that are outside the scope of our medical-humanitarian remit, may exceed what is required by law.

Furthermore, the respect of our independence, impartiality and neutrality are essential to guarantee our access to populations in danger everywhere in the world as well as for the security of our teams. For this reason, being directly associated with police authorities and investigations can be damaging. In particular on our boats, the presence of police might prevent vulnerable people, including victims of torture, human-trafficking and sexual violence, to come forward and seek medical care.

MSF seeks, among others, for the following assurances and clarifications:

Since the beginning of its search and rescue activities in May 2015, MSF has rescued more than 69,000 men, women and children.