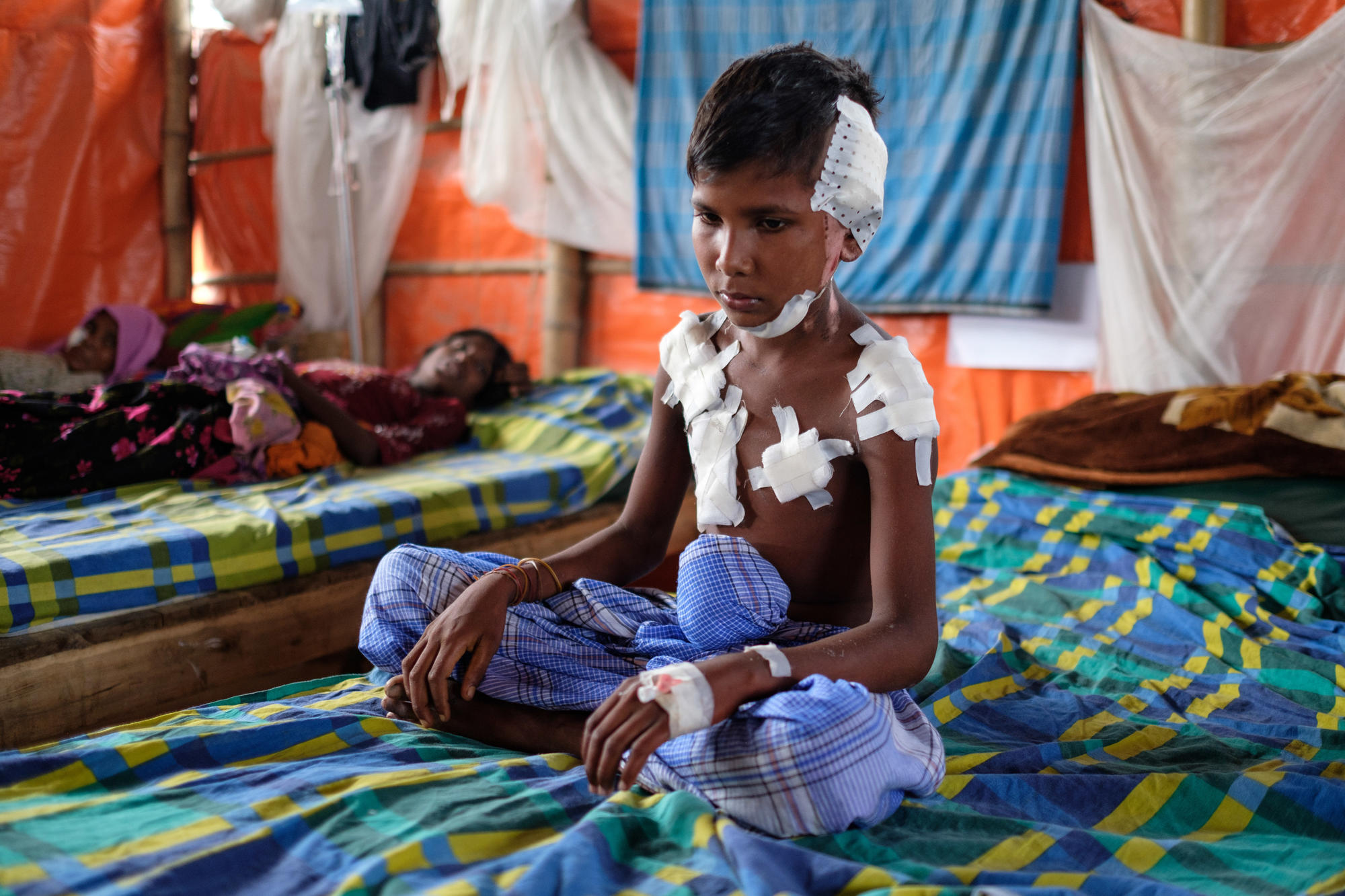 Surveys conducted by MSF in refugee settlement camps in Bangladesh estimate that at least 9,000 Rohingya died in Myanmar, in Rakhine state, between 25 August and 24 September.

As 71.7 percent of the reported deaths were caused by violence, at least 6,700 Rohingya, in the most conservative estimations, are estimated to have been killed, including at least 730 children below the age of five.

The findings of MSF’s surveys show that the Rohingya have been targeted, and are the clearest indication yet of the widespread violence that started on 25 August when the Myanmar military, police and local militias launched the latest ‘clearance operations’ in Rakhine in response to attacks by the Arakan Rohingya Salvation Army.

Since then, more than 647,000 Rohingya have fled from Myanmar into Bangladesh.

“We met and spoke with survivors of violence in Myanmar, who are now sheltering in overcrowded and unsanitary camps in Bangladesh,” says Dr Sidney Wong, MSF Medical Director.

“What we uncovered was staggering, both in terms of the numbers of people who reported a family member died as a result of violence, and the horrific ways in which they said they were killed or severely injured.

“The peak in deaths coincides with the launch of the latest ‘clearance operations’ by Myanmar security forces in the last week of August.”

In early November, MSF conducted six retrospective mortality surveys in different sections of the refugee settlements in Cox’s Bazar, just over the border from Myanmar, in Bangladesh.

The overall mortality rate between 25 August 25 and 24 September of people in households surveyed was 8.0/10,000 persons per day.

If this proportion is applied to the total population that had arrived since 25 August in the camps which were covered by the surveys, it would suggest that between 9,425 and 13,759 Rohingya died during the initial 31 days following the start of the violence, including at least 1,000 children below the age of five.

The surveys show that of these deaths at least 71.7 percent were due to violence, including among children under five.

This represents at least 6,700 people, including 730 children. Overall, gunshots were the cause of death in 69 percent of the violence-related deaths, followed by being burnt to death in their houses (nine percent) and beaten to death (five percent).

Among children below the age of five, more than 59 percent killed during that period were reportedly shot, 15 percent burnt to death in their home, seven percent beaten to death and two percent died due to landmine blasts.

“The numbers of deaths are likely to be an underestimation as we have not surveyed all refugee settlements in Bangladesh and because the surveys don’t account for the families who never made it out of Myanmar,” Dr Sidney Wong says.

“We heard reports of entire families who perished after they were locked inside their homes, while they were set alight.”

“Currently people are still fleeing from Myanmar to Bangladesh and those who do manage to cross the border still report being subject to violence in recent weeks,” added Dr Wong.

“With very few independent aid groups able to access Maungdaw district in Rakhine, we fear for the fate of Rohingya people who are still there.”

Consequently, the signing of an agreement for the return of the refugees between the governments of Myanmar and Bangladesh is premature.

Rohingya should not be forced to return and their safety and rights need to be guaranteed before any such plans can be seriously considered.

more on the rohingya crisis >