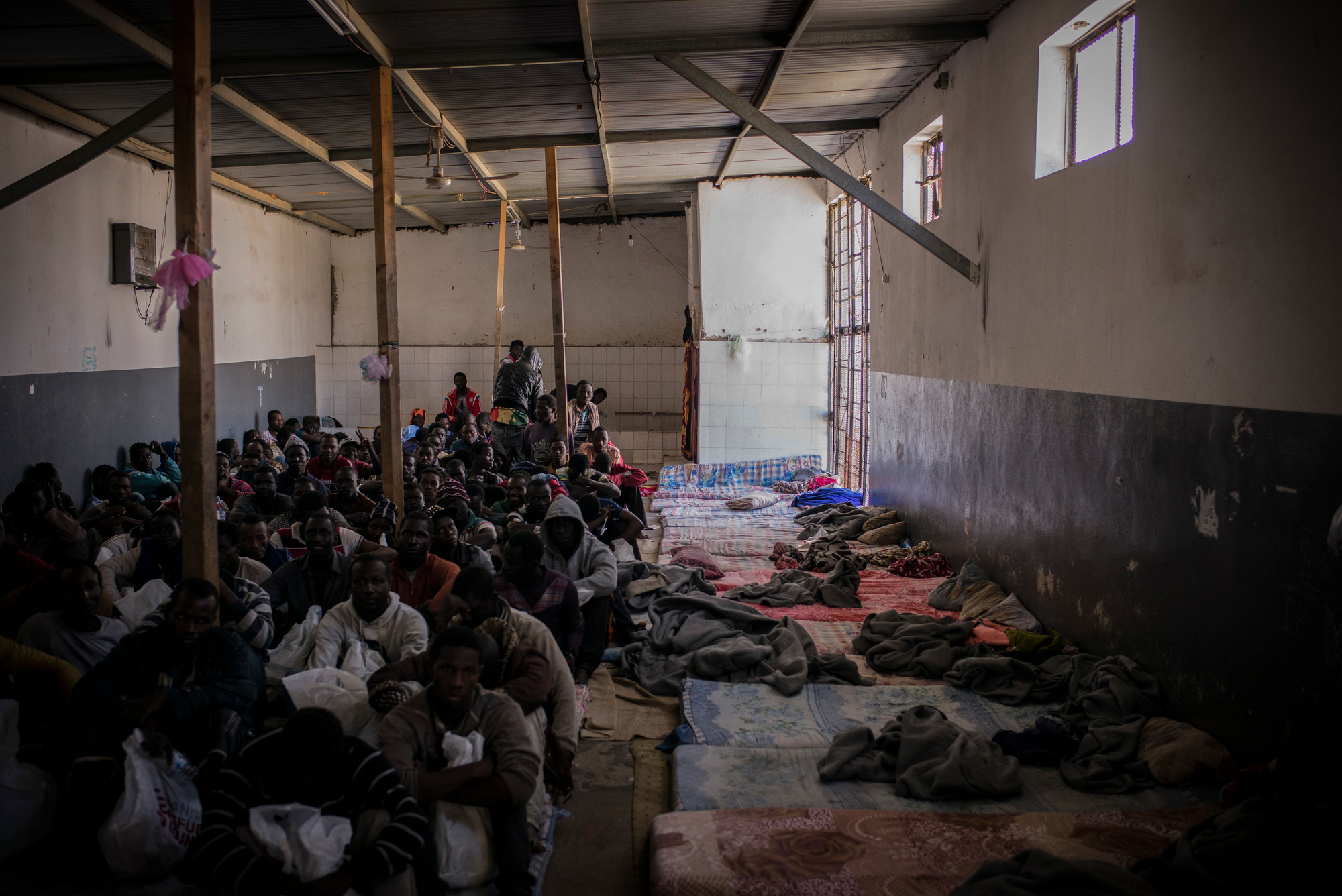 Refugee Crisis: How do you solve a problem like Libya?

What is happening in Libya violates my faith in humanity. Large numbers of people are simply vanishing from the face of the earth, their fate unknown to their families, their governments, the world - their very names erased from existence.

Escaping conflict, violence, or poverty in their home countries, those who journey to Libya do so in search of better lives. Yet the majority don’t reach this goal – falling prey to people smugglers, kidnappings, or dying in the Sahara desert.

People with insufficient money – or luck – can be kept in detention centres for several weeks, or even months. Some are forced to work for nothing, in appalling conditions.

Not an insignificant number of them end up dead.

According to the International Organisation for Migration (IOM), about 7,100 people are detained across 27 centres operated by the Directorate for Combating Illegal Migration (DCIM).

Our teams provide medical consultations inside the centres, and distribute non-food items and hygiene kits to improve the quality of sanitation.

When patients experience health issues, these are often directly linked to detention conditions and/or the violence experienced on their journeys.

The number of detainees varies from one week to another.

Some are stopped at sea by the Libyan coastguards, others are arrested in towns or at checkpoints. Some arrive here after being transferred from other detention centres in Tripoli.

Tankred Stoebe/MSF
Female detainees from Nigeria inside a centre in Tripoli. They have had no contact with the outside world or their families for over a month.

In the detention centers, we sometimes meet people who used to live and work in Libya for years. Testing positive for hepatitis C is enough to send someone who moved to Libya with his family to jail.

While it is possible for us to marginally improve detention conditions, we should not lose sight of the core issue here: people are jailed, theoretically awaiting expulsion, following an opaque process which denies their basic human rights.

But how many die before reaching the boats?

Over 380,000 migrants are currently in Libya – people held in detention centres under the authority of DCIM only account for a small percentage of this.

The country was once an economic El Dorado, and many people  from other countries came here to seek their fortunes.

Others  work to try and secure funding for their Mediterranean crossing - working in conditions close to forced labour, and interrupted by periods of detention.

Others arrive in Libya only to head straight for the sea.

Then there are the ‘unofficial’ detention centres. Many who journey through the Libyan desert are thrown into the hands of criminal networks, who place them in warehouses during connections on their journey. Those who survive staying in these places describe it as an excruciating experience.

These ‘unofficial’ centres remain a blind spot for us, and for much of the international community.

There is every reason to believe that Libya is turning into a mass grave for those who journey there.

In June this year, we opened an outpatient clinic in Misrata. Our goal is to reach out to migrants and refugees who live and work in the area, to better understand their challenges and provide free and confidential healthcare.

Respecting medical confidentiality is key in a context like Libya, where exposing big disease problems can be grounds for detention and expulsion. If we want to keep working in the country, we need to be careful what we say.

Tankred Stoebe/MSF
Inmates line up for a medical consultation with MSF staff.

The final question is, how can we be there for people during the worst moments of their journey?

So far, we don’t have an answer.

We are attempting to negotiate access to people on the roads towards Libya’s coastal cities and set up some kind of working space – but the risk of failure is significant.

Our team regularly travel south of Misrata, towards a local morgue.

Here, the corpses of migrants and refugees are stored – the final resting place for those who did not survive. Reportedly, about 10 bodies per week are admitted.

It is in my opinion that we can do more to restore the dignity of these anonymous souls – improving, at least in some way, their chances of survival.

our work in libya >