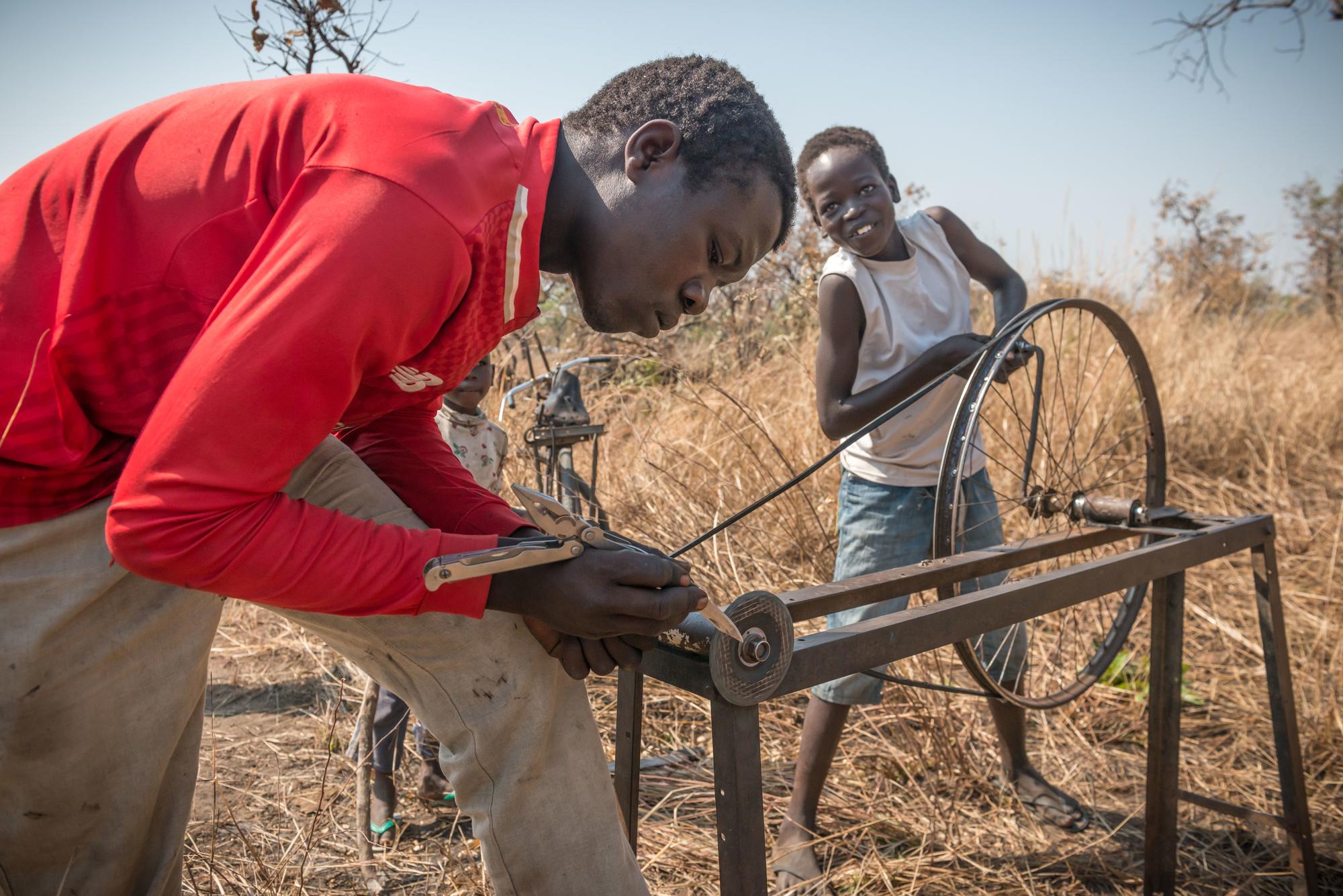 Photostory: The lives of South Sudanese refugees in Uganda

Since the beginning of 2016, more than 400,000 South Sudanese refugees have arrived in Uganda, usually entering through informal border points.

This is their story in pictures:

The first waves of refugees started fleeing last July following the clash that erupted in Juba, while the most recent ran away from widespread insecurity in the country.

Many refugees reach Uganda travelling through the Democratic Republic of Congo in order to avoid a very insecure journey through South Sudan.

Official border points like this one in Oraba are seldom used to cross into Uganda.

Upon arrival, children are vaccinated against measles and polio while all refugees receive systematic treatment against intestinal parasites.

Most refugees arrive exhausted but in relatively good health. The challenge for the humanitarian agencies is now to keep them healthy.

Once registered, refugees are gathered at a transit centre for a maximum of 24 hours before being driven by bus or by truck to their final settlement location.

Most refugees leave South Sudan in a hurry and cannot carry much of their belongings throughout the treacherous journey.

The majority of the refugees arriving in Uganda are women and children, men often stay behind to fight or defend their properties.

Uganda is allocating refugees large pieces of uninhabited land in the north of the country.

However, due to the overwhelming number of new arrivals, the Ugandan authorities have to constantly find new space in the bush.

Refugees arrive at the designated location early in the morning and will have less than a day to start settling with the assistance of the authorities and international humanitarian organisations.

Refugees receive basic cooked meals (porridge and beans) upon arrival and on a daily basis until they can cater for themselves.

Médecins Sans Frontières/Doctors Without Borders (MSF) and other humanitarian agencies supply drinking water through daily trucking before sufficient boreholes can be drilled and equipped with hand pumps.

Refugees are distributed various hygiene and construction items for them to settle in the bush.

Many of them have left everything behind.

The impact on the surrounding environment can be significant.

We provide medical care inside the refugee complex.

Most common pathologies are malaria and diarrhoeal diseases but chronic diseases and mental health are also an issue.

The level of malnutrition amongst young children is closely monitored to detect any degradation of the food security within the camp.

Many believe they will need to stay there for years.

Due to the fast-growing population, we have started the construction of an inpatient medical facility inside the BidiBidi refugee complex.

An economy has developed over time in the refugee settlement through trade with the local residents.

Small businesses have started to appear in BidiBidi.

Eventually, refugee settlements and local villages have started to look alike, and a relatively uninhabited region of northern Uganda has begun to develop.

fInd out more about our work in uganda