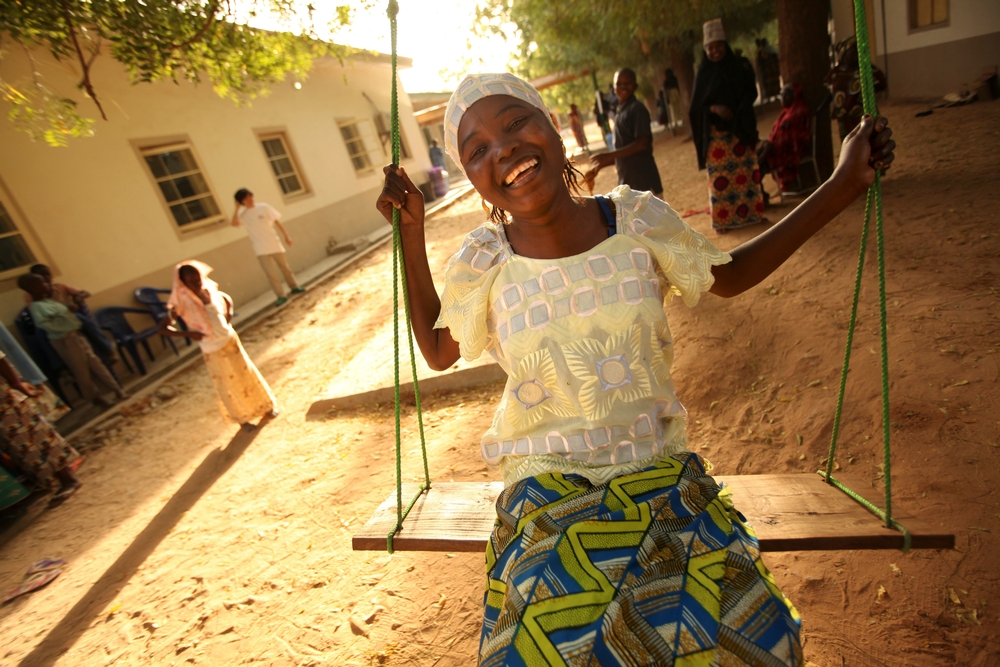 Nigeria: "The pyschological injuries take longer to heal than the fistulas"

Obstetrician-gynaecologist Jared Watts is in Jahun, Nigeria, on his first assignment with MSF. This week he joins the Wednesday Dance Club, where shaking your hips is essential therapy...

"So today I danced around a sewerage tank with a group of colourfully dressed ladies. Something I can't say I've done before or ever expected to do, but then again this is Jahun and MSF!

And when I say I danced, maybe not so well, as most of the audience and women were laughing uncontrollably as I tried to replicate their 'shaking of the hips' in the conga line.

Another difference between me and the rest of the dancers, besides my complete lack of rhythm and boring green scrubs compared to their brightly coloured dresses, was that most of them were also holding a catheter bag as they danced.

The stories these women carry are horrendous. They come to the unit not only with their physical injuries but with terrible psychological trauma as they have been shunned by their families and society. Often these injuries run deep, and take longer to heal than the fistulas.

The stigma of fistulae

The fistulas in Africa and in Jahun mostly come from obstructed labour. Women are in labour for days and the baby becomes stuck in the birth canal, too big (sometimes for a small pelvis) or poorly positioned.

The pressure of the baby's entrapped head stops blood flowing to the surrounding tissue, which includes the vaginal and bladder walls. This tissue can then necrose, with the tissue dying, and a hole or 'fistula' forms between the vagina and bladder or sometimes the bowels.

Urine or faeces escapes constantly through the fistula. Women affected by this often leave a trail of urine as they walk around, with an accompanying poor smell. Anything they sit on will become covered in urine. They can be made to leave the family home and live alone.

With no support, they often start to starve. No one comes near them because of the smell and they soon feel they are worthless. As outcasts, many lose all hope.

A small group of women also have fistulas from traditional medical practices. Some women had congenital abnormalities of their vaginas, such as a septum, or have female genital mutilation causing narrowing of the vagina.

This makes intercourse difficult or impossible, and they see or are forced to attend a traditional medicine practitioner who tries to cut open the vagina to enlarge it, with very limited anatomical knowledge and no offer of pain relief.

As a result of this kind of traditional medicine, many women suffer lacerations to their bladder, urethra or bowel.

Other women have been known to suffer similar injuries during home births when an unskilled attendant tries to open the vagina and cuts into surrounding organs.

Thankfully, many of these women hear about the MSF VVF programme, and attend for management of their fistulas.

The dance club helps with self-esteem – often people crowd round to watch and clap, but they're only allowed to join in if invited by the women themselves. I’ll tell you more about the programme we have here at the VVF ward next time."