Cholera is spreading through camps sheltering displaced people in Maiduguri, capital of northern Nigeria’s Borno state. Since the first case of cholera appeared one month ago, the waterborne disease has spread through three camps in the city, home to more than 1.6 million people forced from their homes by Boko Haram violence.

In response, Médecins Sans Frontières/Doctors Without Borders (MSF) has set up a 100-bed cholera treatment centre and is providing emergency logistical support to help end the outbreak, while appealing for international support.

As of 16 September, there have been 16 deaths, according to official figures. Cholera can be fatal if left untreated, but with timely treatment, most patients will recover.

As well as providing medical care, MSF teams, in cooperation with Borno state health authorities, have been working to improve hygiene and sanitation.

Since late August, a team has been chlorinating water sources, providing chlorine solution for handwashing, and disinfecting the homes of cholera patients in the camp where the disease first broke out. Teams are now working in the other affected camps, in one of which they have identified a contaminated water source. 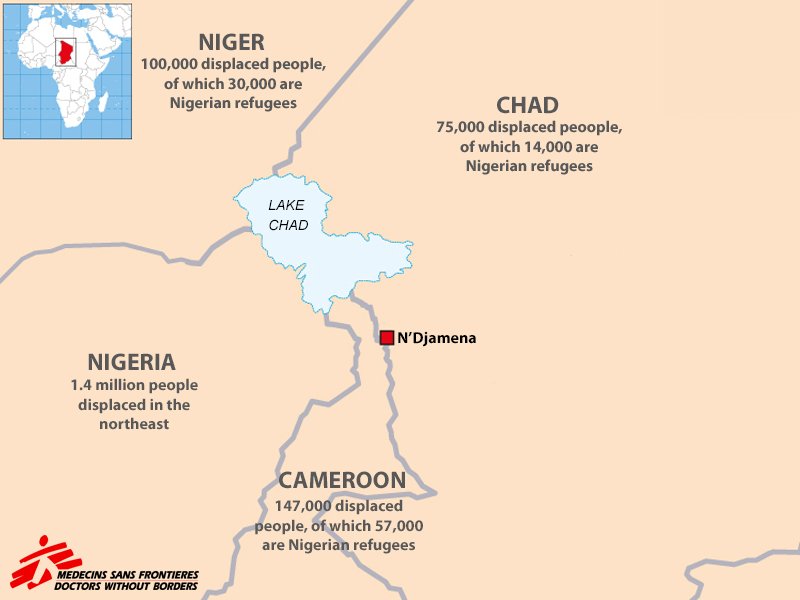 MSF has been working in Maiduguri providing assistance to people displaced from their homes since May 2014.

According to MSF’s head of mission in Nigeria, MSF and the International Committee of the Red Cross (ICRC) are the only international organisations to have responded to the recurring emergency situations in Borno state in recent years.

“Once again, MSF and the ICRC find themselves alone," says Ghada Hatim MSF's head of mission in Nigeria.

“Even though the Maiduguri area is the site of the vast majority of people displaced by the years-long conflict between the Nigerian army and Boko Haram.’’

This is not the first time that cholera has broken out in the camps for displaced people in Borno state.

“Living and hygiene conditions in the camps are ripe for outbreaks of this kind,” says Chibuzo Okonta, emergency projects manager for MSF in Paris.

“We need more support. We have repeatedly called on other humanitarian organisations to assist displaced people in Borno state, and once again we issue this appeal, which until now has gone unanswered.”

Find out more about MSF's work in Nigeria