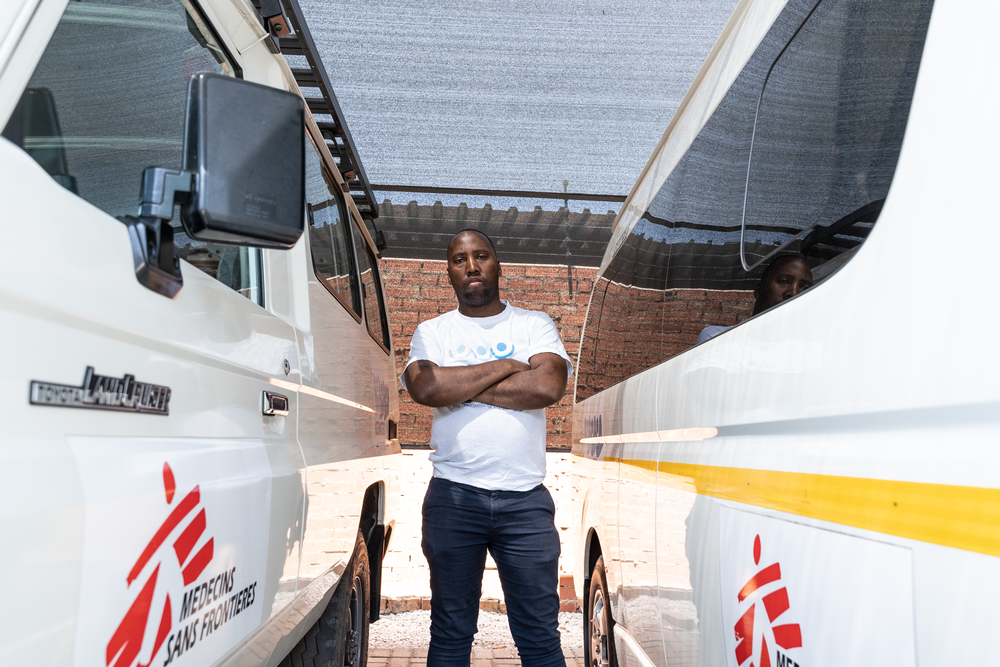 From the MSF drivers helping to change attitudes about sexual violence, to the child mental health crisis on a Greek Island, our teams are dedicated to delivering crucial medical and psychological support - no matter how distressing or complex the situation.

Take a look at our work around the world this month.

Each day, a team of MSF drivers in Rustenburg, South Africa, transport survivors of sexual violence to one of four care centres - often driving them home again.

The compassionate all-male team are much more than drivers. They are trained first responders, often the first person a survivor meets following an incident, as well as community advocates helping to tackle South Africa's high rate of sexual violence.

Iraq: Delivering babies in the aftermath of Mosul

Two years after the devastating siege of Mosul - as Iraqi forced forces fought to retake ground from the Islamic State (IS) group - expectant mothers face giving birth in a city still crippled by the conflict.

A team of midwives, who once helped women deliver their babies while the battle raged, now work to rebuild a healthcare system in recovery.

EU-Turkey Deal: The vulnerable children trapped by an inhumane policy

In Greece, some 24,000 men, women and children seeking protection in Europe are trapped in horrendous conditions while being deliberately neglected by Greek and European authorities. The consequences are distressing.

In July and August, our paediatric mental health teams saw 73 children: three had attempted to kill themselves while 17 were self-harming. The youngest child treated was just two years old.

MSF calls on the Greek government, the EU and its member states to act according to their responsibilities and put an end to this unacceptable and harmful crisis