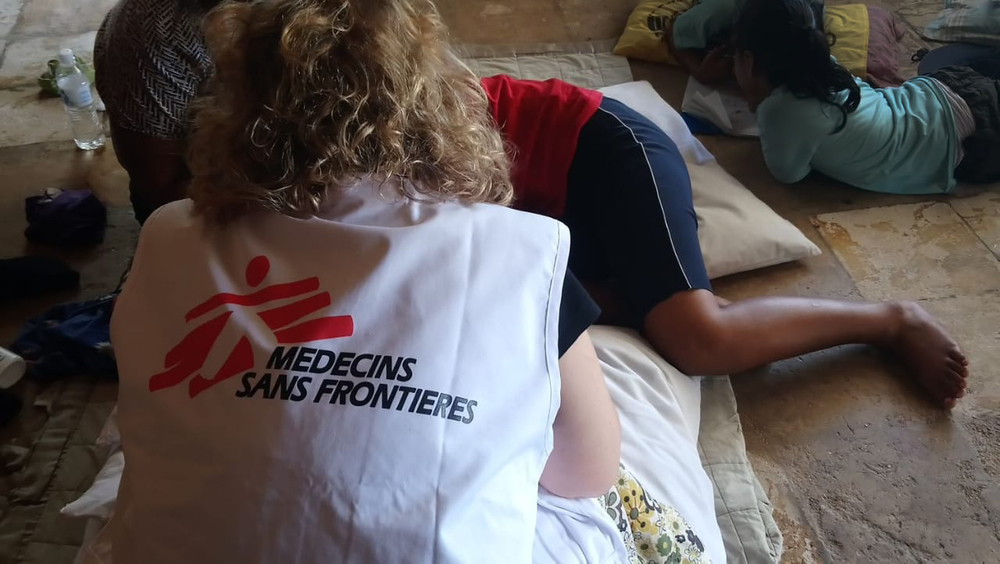 Take a look at our work around the world this October.

Around the globe, conflict, instability and poverty are forcing people to flee their homes.

MSF exists to provide medical and psychological care to those most in need, no matter where they are from.

This month, we’re focusing on our work to treat people who have been forced from home.

Central America: Seeking safety is not a crime

With thousands continuing to flee violence and instability in Central America, MSF’s teams in Mexico are seeing increasing arrivals of patients with medical and psychological needs as more people seek safety in the US.

Based on the true story of Pedro*, a Honduran man who escaped gang violence along with his family, this animation looks at the hardships and decisions faced by those leaving Central America.

Rohingya crisis: “Where will we go from here?”

One year after a mass exodus of Rohingya people from Myanmar – forced out by a violent military crackdown – hundreds of thousands of refugees living in camps in neighbouring Bangladesh still face an uncertain future.

MSF is treating patients for the consequences of these harrowing experiences as many Rohingya families face up to a life put on hold.

Nauru: “There are suicide attempts among children”

In early October, the government of Nauru forced MSF to cease the provision of healthcare to refugees and asylum seekers detained on the Pacific island nation under the Australian offshore processing policy.

MSF has been treating people held without a trial for increasingly serious mental health conditions – including multiple incidences of suicide attempts made by desperate children.

In these two videos, some of our team talk through their experiences on Nauru, as MSF calls for the immediate evacuation of refugees and asylum seekers held there.

The situation in Nauru >