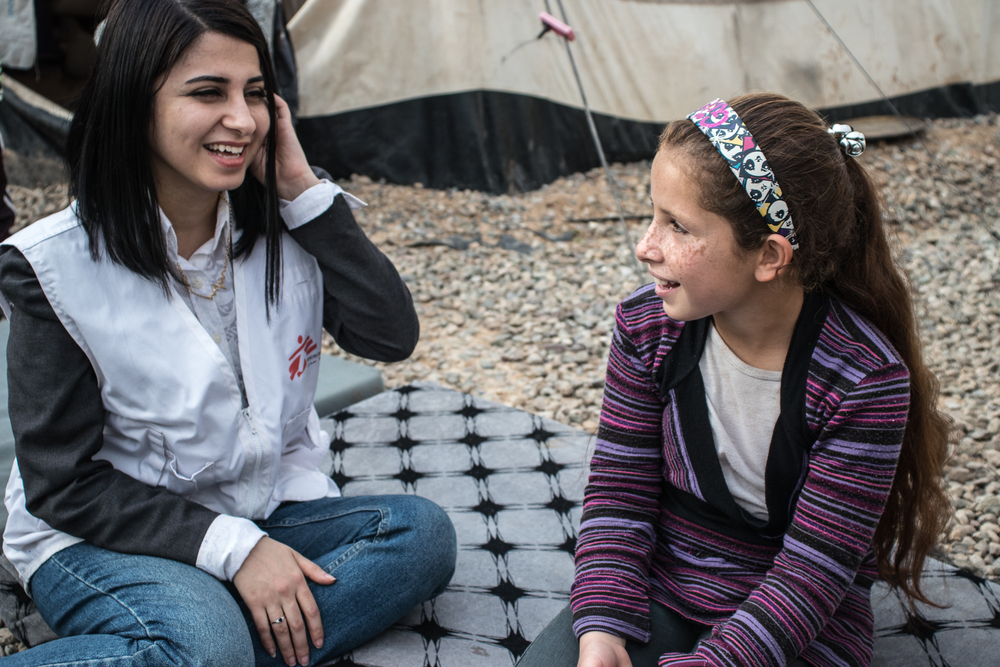 Take a look at our work around the world this June.

This month, we witness the efforts MSF teams are making to help people access healthcare in remote, dangerous or restricted situations.

Learn about the long-term medical impact of the battle for Mosul, a conflict MSF is still responding to one year after Iraqi forces declared the fight officially over.

Meet charismatic MSF midwife Loidon, the only male midwife in his region of South Sudan.

We also see the work our teams are undertaking to treat child malnutrition in Chad, as well as how we are meeting the medical needs of refugees stranded in Greece.

Iraq: One year after the battle of Mosul

One year after the battle for Mosul officially ended, MSF teams are still treating survivors of the devastating nine-month fight between the so-called Islamic State (IS) and Iraqi forces.

More about MSF in Mosul >

The MSF team at Am Timan hospital have witnessed a sharp increase in the number of children being admitted for malnutrition – a consequence of the “hunger gap” in Chad.

Join doctor Yannick Tsomkeng for a tour of the treatment facilities at the MSF-supported hospital.

Read about our response in Chad >

South Sudan: The only male midwife for miles around

Meet MSF team member Loidon – the only male midwife in his region of South Sudan.

Patients are often surprised when they meet him, but Loidon is proud of the care he provides to mothers-to-be and the relationships they build.

Our work in South Sudan >

Greece: Stranded in a refugee camp

Inside Moria refugee camp, on the Greek island of Lesvos, around 8,000 people are crammed into a space meant for just 3,000.

MSF is working to provide urgent medical treatment and mental health support to vulnerable people who would otherwise have no access to healthcare.

How we help refugees and displaced people >