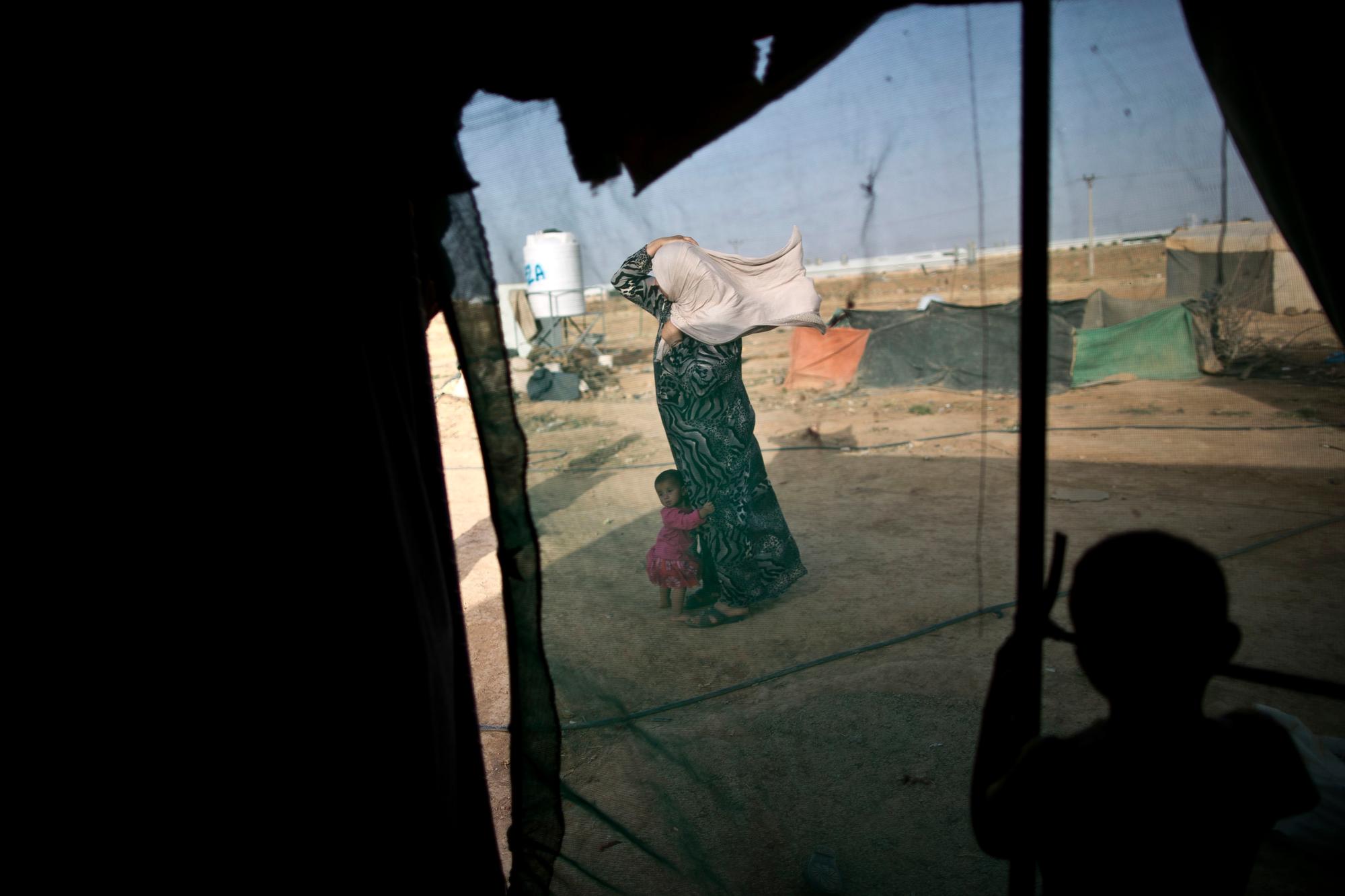 Jordan: Over 75,000 Syrians stranded in vast, freezing desert this winter

Syrians stranded at Jordan's northeast border face a dangerous second winter. They are currently located in a vast, arid desert known as the "Berm," which can drop to below-freezing temperatures. This is expected to have major implications on their health.

In response, Médecins Sans Frontières/Doctors Without Bordes (MSF) again reiterates calls for direct access to those stranded at the Berm, in order to assess and respond to their medical needs, and ensure the equal provision of quality medical care.

Five months have passed since Jordan sealed its borders with Syria. This decision has seriously impacted access to basic medical care for over 75,000 Syrians, three-quarters of whom are women and children.

Stuck in the desert for over two years, humanitarian actors have been unable to provide proper assistance to these people even before the border closure - a situation which has become even more dismal.

Over 75,000 Syrians in the Berm stand powerless in the face of political decisions, made by both the Jordanian government and the international community. Their almost impossible living conditions threaten to worsen dramatically, as a typical desert winter rolls in.

“The weather is becoming colder and temperatures are expected to drop below zero,” says Dr Natalie Thurtle, MSF’s Medical Team Leader of the Berm project. “In the near future, we expect to hear of young children dying of hypothermia, because this is something that happened last year.”

Under the current living conditions at the Berm, people live in flimsy, makeshift tents that cannot withstand the strong winds of winter. They will be forced to face even more challenges to simply survive.

"They haven't been provided food since early August. In the last week alone, we received 140 unconfirmed reported cases of malnutrition in the Berm. Life there is becoming increasingly desperate."
dr nathalie thurtlemsf medical team leader of the berm project

An absence of infrastructure poses the greatest difficulty, with those stranded having no access to basics such as proper winter clothing, hot water, electricity, firewood, or any form of heating.

Meaningful access to food has also been very limited since the closure of borders on 21 June, and has led to serious health complications amongst those sheltering in the area.

“They haven’t been provided with food since early August, so of course we are hearing increasing reports of malnutrition," said Thurtle. "In the last week alone, we received 140 unconfirmed reported cases of malnutrition in the Berm.

"Life there is becoming increasingly desperate.”

250km west of the Berm, at Jordan's northwest borders with Syria, war-wounded Syrians continue to be denied access to the Jordanian border town of Ramtha.

The border closure has halted the medical evacuation of wounded Syrians from the Dara’a governorate in south Syria to Ramtha hospital, where we have been running an emergency surgical project, providing lifesaving medical treatment to Syrians injured in the conflict, for more than three years.

Today, despite reports of the intensification of violence and fighting in southern Syria, our wards in Ramtha stand almost empty.

Should the situation at the borders remain unchanged, we fear that our ongoing programmes in Jordan, which address the medical needs of war-wounded Syrians, could be forced to close.

To this end, we strongly call on the Jordanian government to remove barriers imposed on the provision of lifesaving medical care by allowing the medical evacuation of war-wounded Syrians, especially the most vulnerable; women and children, to MSF’s Ramtha Emergency Surgical Project.

We operated a mobile health clinic at the Berm for 23 days from 16 May, to provide primary and reproductive healthcare. The majority of patients were women and children under five.

During this time, we saw 3,501 patients, provided consultations to 450 pregnant women and delivered one baby.

In addition, at our Ramtha project, we continue to provide life-saving surgical care, as well as rehabilitative post-operative care, to war-wounded Syrians who were able to cross into Jordan prior to the border closures.

Since September 2013, we have seen more than 2,427 wounded in the emergency room of Ramtha hospital, and performed more than 4,500 surgical interventions on Syrian patients, including more than 800 major surgeries.

find out more about our work in jordan