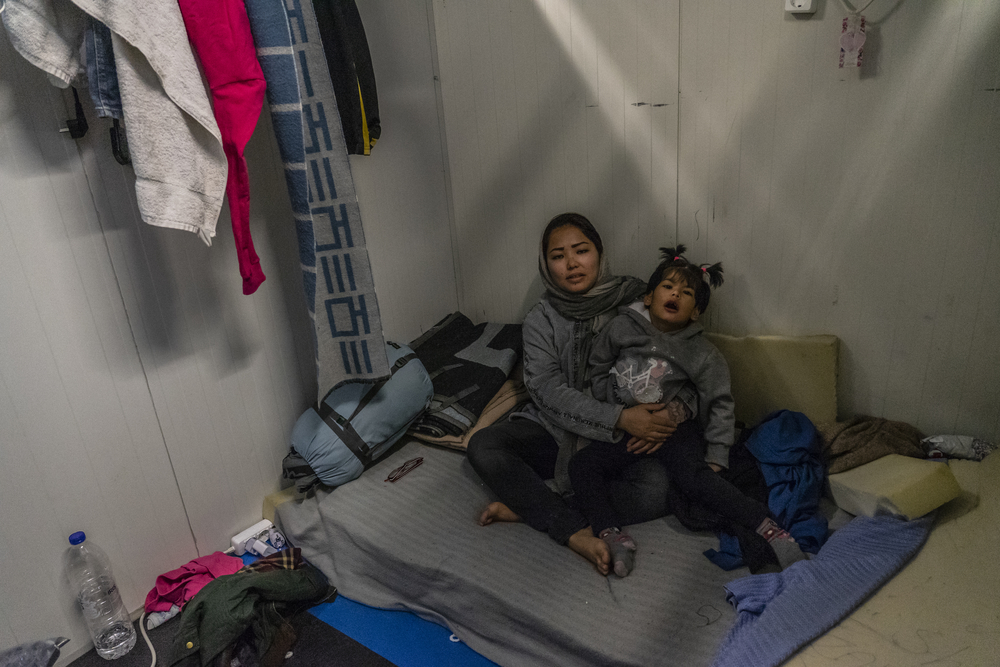 In Moria camp, on the island of Lesvos, the Greek government is deliberately depriving at least 140 children with chronic, complex and life-threatening diseases of adequate medical care.

MSF medical teams on the island run several health services, including a primary care paediatric health centre. The centre is there to provide basic healthcare to the refugee children stuck on the island, many of whom are forced to live in overcrowded tents, despite the bitter winter weather.

We are calling on the Greek government to act on these grave medical concerns and evacuate all severely ill children to the Greek mainland or other EU member states, where they can receive appropriate medical care.

“We see many children suffering from medical conditions such as diabetes, asthma and heart disease, who are forced to live in abysmal, unhygienic conditions, with no access to the specialised medical care and medication they need,” says Dr Hilde Vochten, MSF’s medical coordinator in Greece.

“MSF is in discussions with the Greek authorities in order to transfer children to the mainland for urgent medical care, but despite the fact that some children were screened , none have been transferred yet.  The government’s general unwillingness to find a swift, systemic solution for these children, including some babies, is outrageous – it harms their health and could lead to life-long consequences or even death.”

In July 2019, the Greek government revoked access to public healthcare for asylum seekers and undocumented people arriving in Greece, leaving more than 55,000 people without medical care.

I just want to be in a space where my daughter can play like other children and be treated by a good doctor.

Since March 2019, doctors in the paediatric health centre have seen more than 270 children suffering from chronic and complex illnesses, such as heart disease, epilepsy and diabetes.

These children need specialised treatment, which the MSF health centre is not equipped to provide. The local public hospital on Lesvos is also incapable of providing care for this additional number of patients; some specialised services are also not available.

"My daughter, Zahra, is suffering from autism," says Shamseyeh, from Afghanistan, who lives in Moria camp. "We live a tiny space with almost no electricity. Often in the middle of the night she has seizures and there is no one to help us. I just want to be in a space where my daughter can play like other children and be treated by a good doctor."

For the last four years, MSF has repeatedly denounced Moria camp as a human tragedy driven by goverment policies. This situation makes it clear, once again, that the migration policies generated by the EU-Turkey deal of 2016 are creating unnecessary suffering and putting many lives in danger.

Our teams will continue to provide the healthcare they can to the children of Moria, but no children should be trapped in conditions like these. For the most severely ill children stuck in the camp, the situation is even more urgent.

“Children, women and men are paying the unjust price of migration policies based on deterrence. Denying children suffering from serious diseases access to healthcare is just the latest cynical move, and it is truly beyond belief,” says Tommaso Santo, MSF country director in Greece.

read more about our work in greece >