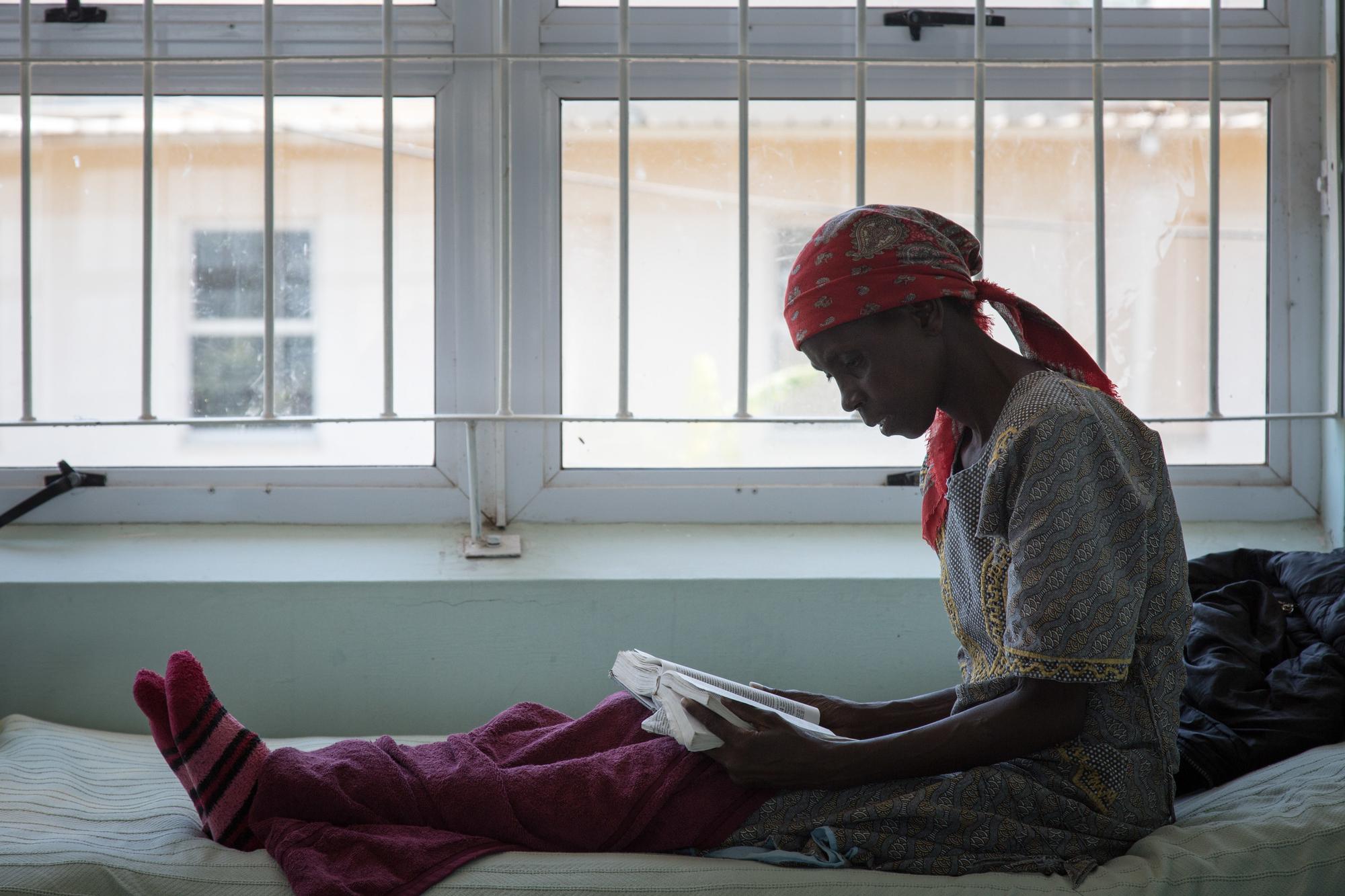 Only 4,800 people with drug-resistant tuberculosis (DR-TB) in 2016 were treated with two newer and much more effective medicines, even though these have now been on the market for up to four years, Médecins Sans Frontières/Doctors Without Borders (MSF) stated today.

Outside of a small number of clinical trials and compassionate use programmes, just 469 people received delamanid in 2016, while just over 4,300 received bedaquiline.

This means that fewer than five percent of people who need these drugs have received them.

All other people receiving DR-TB treatment continue instead to be treated with older, more toxic regimens that cure only 50 percent of people treated, and cause severe side-effects, ranging from deafness to psychosis.

Access to bedaquiline and delamanind must be urgently increased by the pharmaceutical corporations that produce them, and by governments, in order to save the lives of people with DR-TB.

Tuberculosis: one of the world's dealiest killers

In 2015, the World Health Organization estimated that more than half a million people were infected with DR-TB, with just one quarter of those being diagnosed and receiving treatment.

Tuberculosis is one of the world’s biggest infectious disease killers, with 1.8 million people dying from the disease each year.

Two promising new drugs, delamanid and bedaquiline, were brought to market three and just over four years ago, respectively, with great hopes to form the backbone of new and dramatically-improved treatment for DR-TB.

This World TB Day, meet Elizabeth from Kenya on the Everyday Emergency podcast

"How much longer will people have to wait?"

"Nearly 90 percent had a negative culture following six months of treatment, which is an early sign that the treatment will ultimately be successful.

“Efforts to increase access to bedaquiline and delamanid have moved at a glacial pace— only one percent of those who could benefit from delamanid are receiving it in South Africa today, mostly in the small confines of one site.”
Dr jennifer hughesdoctor in south africa

“Efforts to increase access to bedaquiline and delamanid have moved at a glacial pace— only one percent of those who could benefit from delamanid are receiving it in South Africa today, mostly in the small confines of one site,” Dr Hughes added.

“How much longer will people elsewhere have to wait?”

While bedaquiline and delamanid have been approved by the World Health Organization to be added to treatment regimens for people with severe forms of DR-TB, MSF and others have fought to gain access to these new drugs.

Access to bedaquiline and delamanid – produced by pharmaceutical corporations Janssen/Johnson&Johnson and Otsuka, respectively – is currently limited for several reasons, including the fact that the corporations have not registered the drugs in many high-burden TB countries.

“Our first major problem is that pharmaceutical corporations are not even registering important new drugs in some of the countries hardest hit by TB; the next major problem is their high price,” said Dr Chikwanha. “Both Janssen and Otsuka – but especially Otsuka, for delamanid – must urgently speed up registration of their drugs in high-TB-burden countries, and price these drugs affordably.”

Countries also need to facilitate greater access to the new drugs by allowing them be imported before their registration is complete.

“Governments must do everything they can to help save their people’s lives,” said Dr Chikwanha. “Countries have a responsibility to treat DR-TB with the recommended tools at their disposal, including bedaquiline and delamanid, especially for people who have run out of treatment options.”

“I was very lucky, because I was one of the first people in South Africa to get delamanid,” said 17-year-old Sinethemba Kuse, a resident of Khayelitsha near Cape Town. “I’ve been on treatment for 14 months now, and I’m doing well with almost no side-effects.

"I think that a lot of people should be given this treatment, because it works.

"A lot of people who don't have the chance to take these tablets are suffering - a lot of them die - so I suggest that governments should buy these tablets so that people can have a second chance to live.”

South Africa: "There is hope. I trusted the new medication with my life and it worked" >

how we treat tuberculosis >