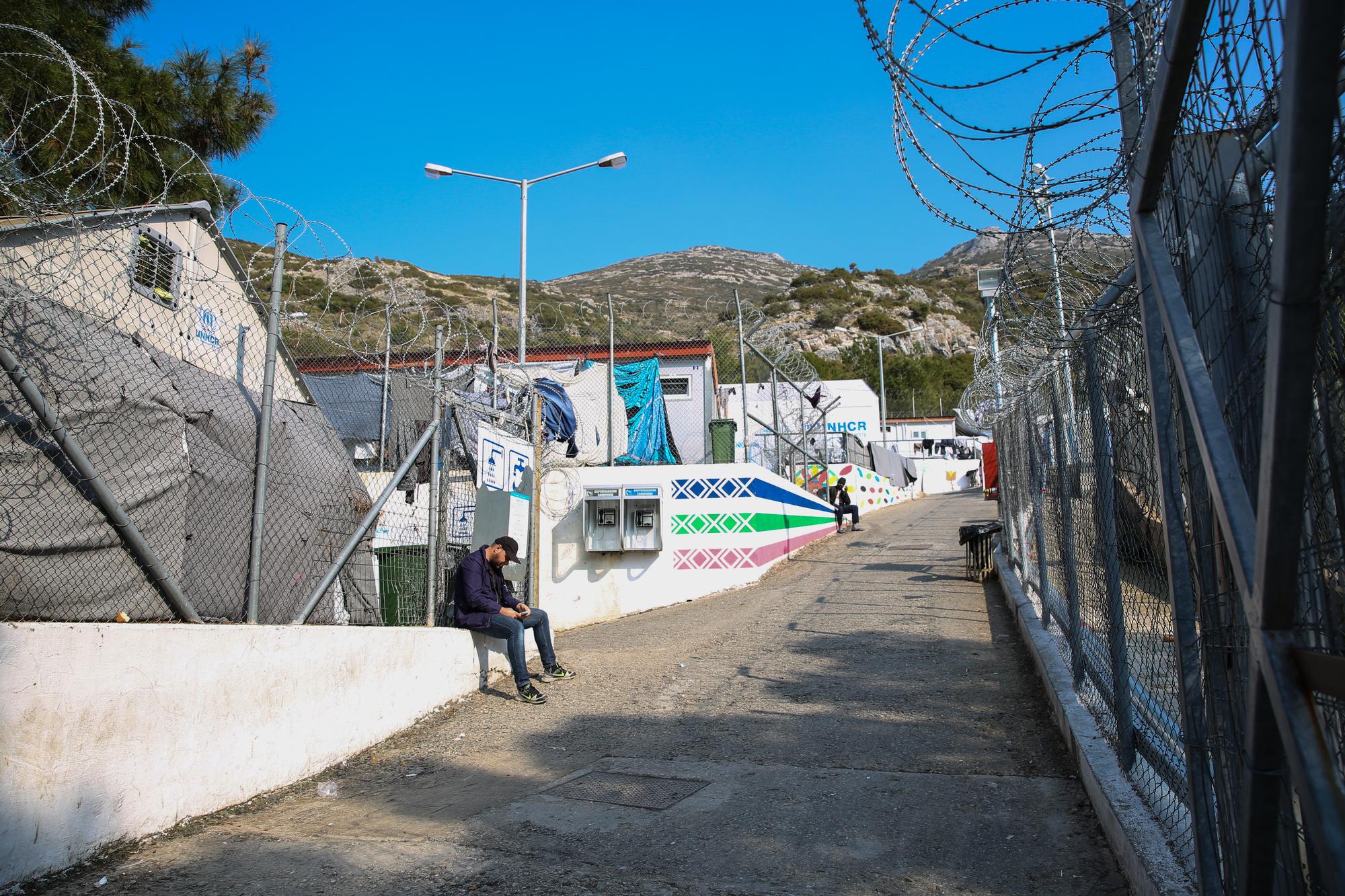 EU-Turkey deal: Migrants and asylum seekers are paying the price with their health

One year after the EU-Turkey Deal, Médecins Sans Frontières/Doctors Without Borders (MSF) released today a report to expose the human costs of European policy failures in Greece and the Balkans.

MSF calls on the EU and member state leaders to radically change their approach to migration and ensure a swift end to the unnecessary suffering of the thousands caught in the consequences of the EU-Turkey deal.

The European Council stated that the deal, which rewards Turkey for “stemming the flow” of migrants and refugees and accepting those forcibly returned from Greek shores, would offer “migrants an alternative to putting their lives at risk”.

“They are losing any hope that they will find a safer, better future than the one they fled."
Jayne GrimesMSF Psychologist in Samos

One year after, men, women and children are trapped in unsafe zones outside of Europe unable to flee, forced to use even more dangerous smuggling routes to reach Europe or are trapped in overcrowded “hotspots” on the Greek islands.

Severe impact on health of migrants and refugees

“The deal is having a direct impact on the health of our patients, and many are becoming more vulnerable,” says Jayne Grimes, MSF Psychologist in Samos.

“These people have fled extreme violence, torture and war and survived extremely dangerous journeys. Today, their anxiety and depression is aggravated by the lack of information on their legal status and their poor living conditions.

“They are losing any hope that they will find a safer, better future than the one they fled. I often see people who contemplate suicide or self-mutilate.”

Mohammad Ghannam/MSF
Samira, 50, has lived as a refugee her entire life. Born in a camp in Beirut to Palestinian parents, she was forced to flee to Syria in 1982 due to the war. Today, she is stuck on the Greek island of Samos, separated from her husband and four children, after she fled the current crisis in Syria through Turkey.

Symptoms of psychosis also increased, all of which coincides with our teams seeing more patients with severe trauma, and more cases of self-harm and suicide attempts.

Through the nearly 300 mental health consultations MSF teams in Samos have conducted, they have seen a similar deterioration and an escalation in self-harm and suicide attempts in recent months.

Along the Balkan route in Serbia and Hungary, MSF teams have seen an increase in patients reporting trauma linked to the violence they experience since the closure of the Balkan route a few days before the EU-Turkey deal.

A humane solution is needed

“European leaders continue to believe that by building fences and punishing those who still try to cross them, they will deter others from fleeing for their lives,” says Aurelie Ponthieu, MSF Humanitarian Adviser on Displacement.

The #EUTurkeyDeal is a horror story not a success story. Join us to demand an end to the #EU's alternative facts https://t.co/QWzKScA8U3 pic.twitter.com/MC0t7MUhsp

“Every day we treat the wounds, both physical and psychological, inflicted by these deterrence policies.

"Such measures have proven to be not only inhumane and unacceptable, but also completely ineffective,” concludes Ponthieu.

MSF, who decided to suspend the funds from the EU and Member States in opposition to the EU-Turkey deal, reiterates that full respect of the right to seek asylum, opening of safe and legal alternatives for people to move such as resettlement, relocation, humanitarian visas, and family reunification, as well as work and study visas are the only humane solution to end death and suffering at Europe’s borders, on both land and sea.

MSF IN GREECE AND SERBIA

MSF has been providing medical and humanitarian assistance to asylum seekers and migrants in Greece since 1996. In 2015, we launched an emergency response when thousands of people began to arrive each day on the Greek islands from Turkey with the aim of crossing the Balkans to reach northern Europe.

MSF teams currently work in more than 20 locations across Greece, focusing mainly on mental healthcare, sexual and reproductive healthcare and treatment for patients with chronic diseases.

MSF has worked in Serbia since late 2014, providing medical care and mental healthcare, and setting up shelters and water and sanitation facilities at the locations where people enter and leave the country, as well as in the capital, Belgrade.

Since early 2016, our teams have been running a clinic and mobile clinic in Belgrade where they provide general healthcare and mental healthcare. Throughout 2016, MSF teams distributed essential relief items and lobbied for vulnerable people stranded in Serbia to have greater access to healthcare and adequate shelter and protection.