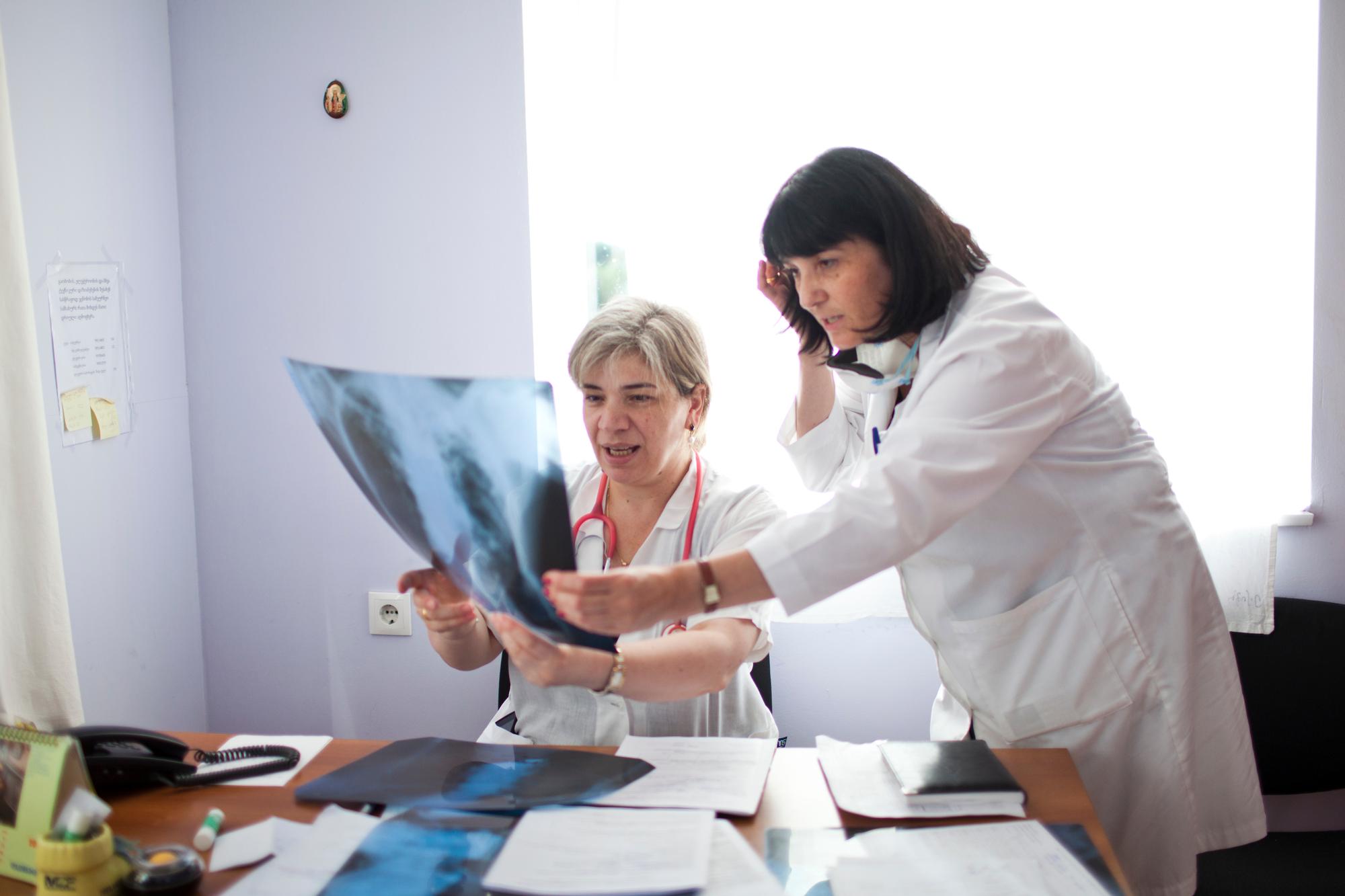 A major clinical trial which seeks to revolutionise treatment for the toughest strains of tuberculosis (TB), the world’s leading infectious disease killer, has been launched by Médecins Sans Frontières/Doctors Without Borders (MSF), Partners In Health (PIH) and other leading medical organisations. The first patient started treatment in Georgia last week.

The trial is part of a UNITAID-funded transformative project called endTB, which aims to speed up and expand access to better and shorter treatments for drug-resistant forms of TB.

The four-year US$60 million project, being implemented by PIH, MSF and Interactive Research and Development (IRD), targets 15 countries across three continents.

Aggravating the problem are the more complicated strains of the disease, which withstand treatments because of antibiotic resistance to the main drugs used in TB treatment. These types of TB are known as ‘multidrug-resistant TB’ (MDR-TB) and worse, ‘extensively drug-resistant TB’ (XDR-TB).

The world is losing ground to these resistant forms. Conservative estimates from the World Health Organization (WHO) keep climbing and now place the number of yearly new cases at more than half a million.

Because these strains are just as contagious as normal TB but much more difficult to treat, they represent a significant public health crisis in many countries.

MDR-TB and XDR-TB have often been referred to as “Ebola with wings” because the present-day medical treatment for these forms of TB have about the same cure rate as Ebola and the disease is spread from person to person through the air.

The push for better TB treatment

Current treatments for MDR-TB are long (up to 24 months), ineffective (only 50 percent succeed) and often cause terrible side effects, including acute psychosis and permanent deafness.

All the while, patients endure months of painful, daily injections and ingest up to 14,000 pills. Moreover, the costliness, difficulty and length of current treatments make them hard to implement in many high-burden countries.

“Patients with MDR-TB often fear the drugs as much as the disease. They lose their energy, perhaps their hearing or eyesight, and put their lives on hold for up to two years. Without further research, we are only scratching the surface and patients continue to suffer.”
Dr francis varaineco-principal investigator of the endTB clinical trial

(The new drugs will be combined into experimental new treatments with other oral TB drugs such as clofazimine, linezolid, fluoroquinolones and pyrazinamide.)

Today only about 10 percent of MDR-TB sufferers worldwide can hope to access successful treatment, and less than two percent can access bedaquiline or delamanid.

The clinical trial will expand the evidence base for using bedaquiline and delamanid, particularly as part of simpler and better treatments that would be easier to implement in resource-poor countries with significant TB burdens. Evidence of success of these regimens, coupled with support for their implementation, would dramatically expand access to successful treatment.

The endTB project is expected to enroll an estimated 2,600 MDR-TB patients on treatment with the new TB drugs, and 750 patients will take part in a clinical trial across six countries: Georgia, Kazakhstan, Kyrgyzstan, Lesotho, Peru and South Africa.

These are all countries with significant TB burdens, where endTB partners support local MDR-TB treatment activities.

The trial, for which MSF is sponsor, benefits from the expertise of Harvard Medical School, Epicentre and the Institute of Tropical Medicine Antwerp.

The clinical trial team also works closely with Ministries of Health and National Tuberculosis Programmes (NTP) in each country, as well as the WHO and ethics review boards.

This is the second TB clinical trial sponsored by MSF. The first, TB PRACTECAL, launched in Uzbekistan in January 2017.

“Patients with MDR-TB often fear the drugs as much as the disease. They lose their energy, perhaps their hearing or eyesight, and put their lives on hold for up to two years.

“Having followed MSF TB projects around the world for many years, I am convinced that the recent approval of two new drugs, bedaquiline and delamanid, represents an unique opportunity that should not be missed to develop new treatment regimens that could be life changing for MDR-TB patients.

While both drugs have shown very promising results when added to the standard, long and badly-tolerated MDR-TB treatments, we know little about how to optimise them.

“Without further research, we are only scratching the surface and patients continue to suffer.”

Dr Carole Mitnick, co-principal investigator of the endTB clinical trial for Partners In Health and Harvard Medical School, where she is an associate professor, said:

“This is the most exciting prospect for people with MDR-TB since PIH first demonstrated the feasibility of treating the disease in resource-poor settings. If established as successful, shorter, injection-free regimens that are suitable for a diverse and large proportion of MDR-TB patients would be transformative.

“Together, PIH and MSF have expanded structures, resources, treatment, evidence, and ambitions for this and other complex diseases affecting poor people.

"The endTB clinical trial is a natural extension of this decades-long collaboration between two organisations that place priority on expanding access to proven, high-quality interventions among patients who need them, regardless of economic or socio-political situations in which they live.”

Atul Loke/Panos Pictures
XDR-TB patient Hanif, during his weekly consultation at our clinic in Mumbai.

“Having new treatment options for MDR-TB in Georgia is an ultimate luxury and we should take maximum advantage of this opportunity. Only through research can we get the greatest benefit out of TB drugs: to find the most effective, most tolerable and safest combinations.

“Not only patients, but doctors can gain hope from the prospect of new treatments. This is our chance to become more assertive, after decades of hopelessness, in our message that TB is curable.”

“Improving the lives of those with TB is a top priority for UNITAID, including this most recent effort to speed access to better, shorter, and more effective MDR-TB treatments.

We plan to continue to drive change by supporting important work to transform MDR-TB treatment, tackle the challenge of resistance to critical medicines, and ultimately increase cure rates."