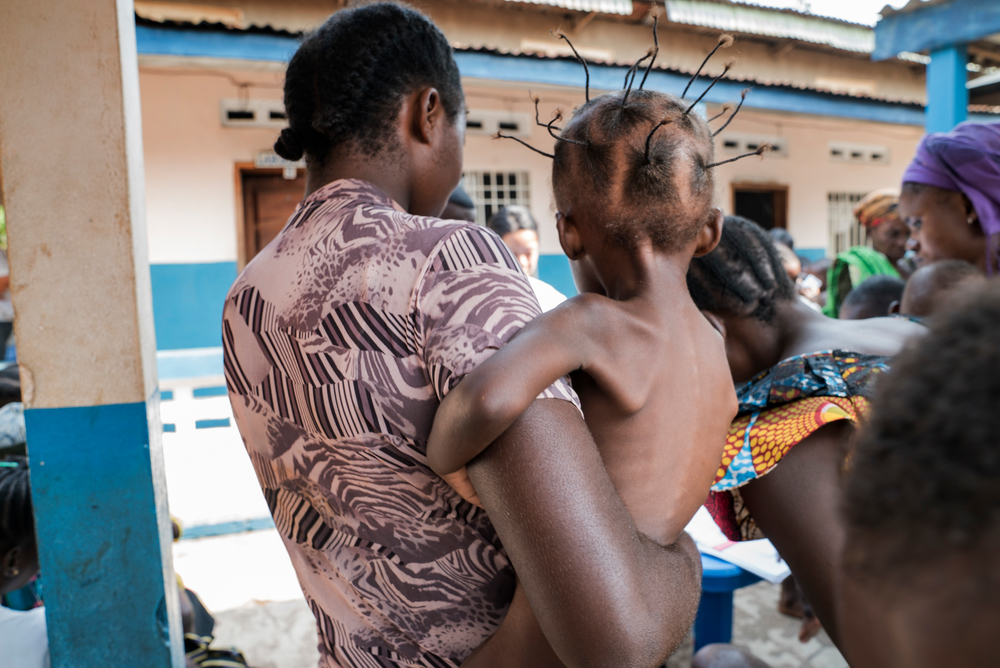 DRC: Urgent need for aid in rural areas of Kasai

More aid is urgently needed in the rural areas of Kasai, central Democratic Republic of Congo (DRC), as people come out of hiding a year after conflict flared in the region.

Médecins Sans Frontières/Doctors Without Borders (MSF) teams have seen widespread malnutrition amongst children, with rates of 10 percent of severe acute malnutrition in several areas, particularly in towns and villages badly hit by the violence, which first erupted in August 2016.

People have recently begun to return to their homes after hiding for months in the surrounding forests, exposed to disease and with little to eat.

photostory: One of the world's most severe humanitarian crises >

Almost 1,000 children under five have been treated by our teams for severe acute malnutrition between June and September this year in nutritional centres in Tshikapa, the capital of Kasai province, and in the surrounding rural areas.

“People returning to their villages and towns have been left on their own to rebuild destroyed homes and start cultivating crops again, often without proper tools and with their traditional sources of income severely affected.”

“There are still vulnerable communities in the main towns, particularly displaced people who are not yet ready to go back to their villages”
Gabriel SánchezMSF operational manager

In the wake of the violence, many local health centres are barely functioning.

“Half of the health centres we visited over the past three months had been looted, burnt or destroyed,” says Sánchez.

“They are slowly resuming activities, but they are desperately short of skilled health staff, medicines and essential equipment.”

While humanitarian aid has reached the main towns of Tshikapa and Kananga, almost zero assistance has arrived elsewhere in the region, despite the fact that insecurity has not been an issue for some months.

MSF mobile medical teams are travelling to villages across Kasai province to treat people in need of medical care, in particular malnourished children, and resupply local health centres with medicines and equipment.

We are also supporting a hospital and three health centres in Tshikapa, and have helped set up 10 outpatient therapeutic feeding centres in the surrounding rural area.

“There are still vulnerable communities in the main towns, particularly displaced people who are not yet ready to go back to their villages, and need healthcare, shelter, food and support to help them cope with the traumatic experiences they have lived through,” said Sánchez.

“But the most urgent need is for other aid organisations to deploy in rural areas across Kasai.

“The response has been far too slow and insignificant for a crisis of this magnitude.”

Between June and September 2017, MSF teams in Kasai province provided more than 5,000 paediatric consultations, carried out more than 200 surgeries, treated 155 people for violence-related injuries and provided care for 30 survivors of sexual violence.

In the Kasai Central province, MSF has been supporting Kananga Provincial Hospital since April 2017 and in June MSF started also to assist victims of sexual violence.

our work in drc >