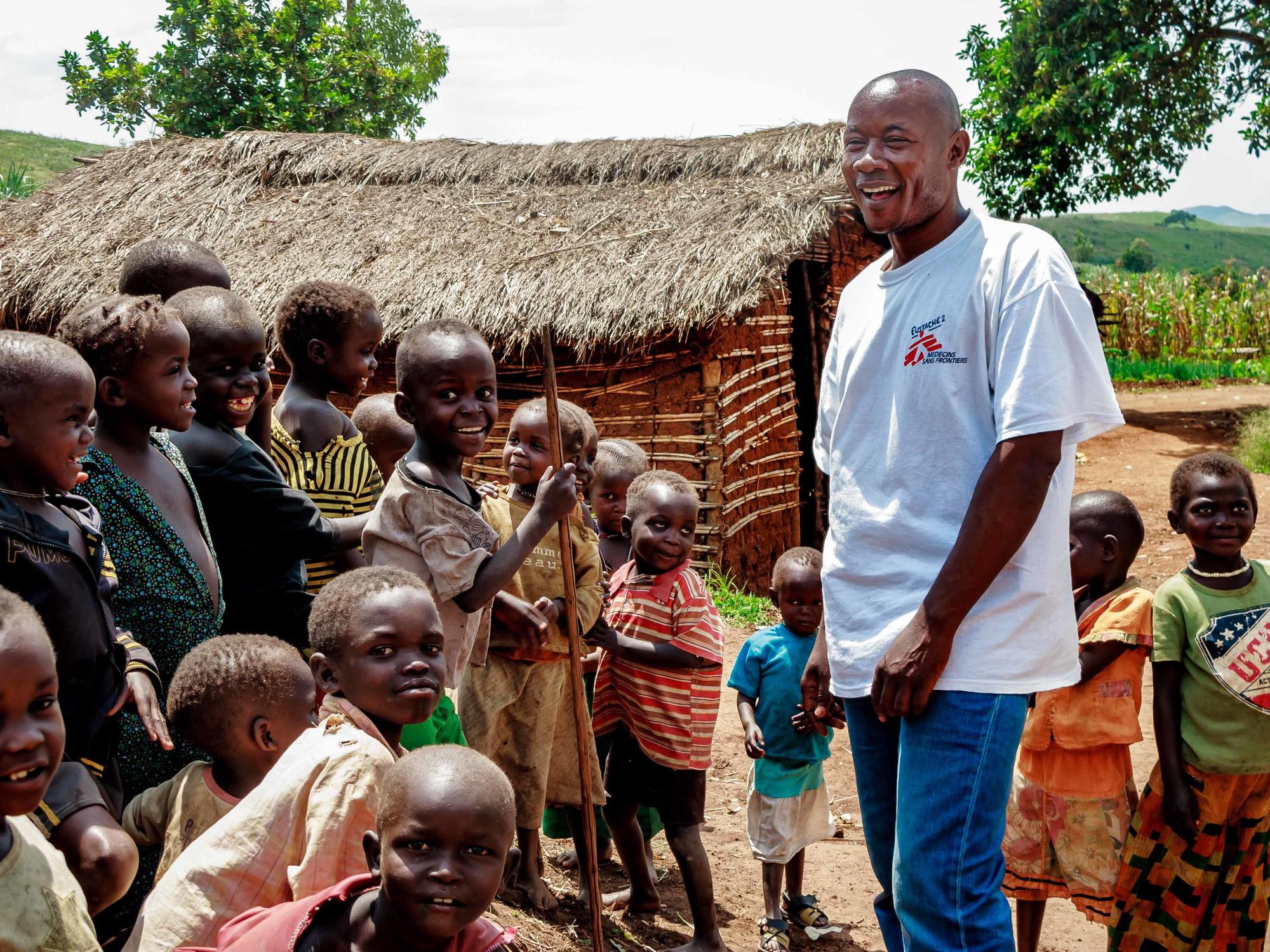 DRC: How we transformed a hospital in the midst of a conflict zone

Nurse Florence Fongo has worked with MSF for more than 10 years.

In 2006, MSF began an intervention in Gety, a village in the northeast of Democratic Republic of Congo (DRC).

At that time, violent clashes between militias and the Armed Forces of the Democratic Republic of Congo had led to the displacement of thousands of people, who had to seek refuge in the surrounding eucalyptus forests.

“We worked at the refugee sites from December 2006 to April 2007, and then we left the area," says Florence. "However, fighting resumed causing further displacement, and so we went back in 2008 and 2009.

"That was when we started supporting the Gety general referral hospital, so that not all the serious cases had to be referred to Bunia hospital [another MSF-run hospital 60km away].

"We are still there seven years later.”

Gety has been ravaged by fighting, displacement, violence and extortion over the past few decades.

Madeleine’s story is a sad illustration of this. The 57-year-old MSF patient was raped by two armed men at the beginning of 2016.

"By introducing just a few simple methods, we've been able to save a huge number of lives.”
florence fongohead of the therapeutic nutrition centre and paediatric and neonatal departments at gety general hospital

Of her seven children, two of her daughters were subject to the same fate.

Two of her sons were killed by militias, the first in 2005 and the other this year.

Hers is a family like any other, and her story is not unusual in this region.

We first started to work with the Gety general referral hospital in 2008, treating children with malnutrition.

We later helped widen its services to cover paediatrics, support for victims of sexual violence, emergency and intensive care, surgery and maternity services.

“When we started working at the hospital, many of the departments were set up under plastic sheeting,” remembers Florence.

“We knew from the beginning that we would not be there forever, so we invested a lot in training staff from the Ministry of Health, carrying out renovation work and constructing permanent buildings.

Since the beginning of 2016, we have started handing the responsibility for certain departments over to the Ministry of Health.

This is being done gradually, with our specialists supporting the Ministry’s staff to ensure that they have the knowledge needed to care for patients properly.

“When we started to work with the hospital’s nutrition centre, the nurses did not know about the different stages of malnutrition, or what type of milk to give at each stage of the illness. They now have a comprehensive knowledge."
florence fongo

“When we started to work with the hospital’s nutrition centre, the nurses did not know about the different stages of malnutrition, or what type of milk to give at each stage of the illness," says Florence. "They now have a comprehensive knowledge.

"I believe they are capable of providing high-quality care to malnourished children.”

The neonatal unit: the team’s pride and joy

The stress caused by displacement and fighting leads many women to give birth prematurely.

“When we arrived in Gety, premature babies were being placed in a box," says Florence. "They were kept warm with hot water bottles before being referred to Bunia, which is two-hours away by road.

Thibaud Eude/MSF
“However, in 2014 we opened a neonatal unit that is separate from the paediatric department.

"By introducing just a few simple methods, we have been able to save a huge number of lives.”

The neonatal unit admits between 25 and 30 newborns each month and it has been able to halve the mortality rate in two years.

"Staying through the worst of the conflict to help"

Although fighting between militias and the regular army has abated since 2014, not a week goes by without security incidents such as lootings, targeted offensives and rapes.

“MSF’s activities and the free provision of treatment have really helped the population of Gety,” explains Florence, who is now head of the hospital’s therapeutic nutrition centre and paediatric and neonatal departments. “MSF is the only organisation that stayed through the worst of the conflict to help.”

By supporting several nearby health centres and strengthening our community-based approach, we continue to provide medical support for the people of Gety, and in particular for the victims of sexual violence and those suffering from childhood illnesses.

From January to October 2016, we treated over 190 victims of sexual violence in Gety.

Over 1,800 patients were admitted to the emergency and intensive care wards.

Over 2,300 children were admitted to the paediatrics department or the hospital's therapeutic nutrition centre.

fInd out more about our work in democratic republic of congo