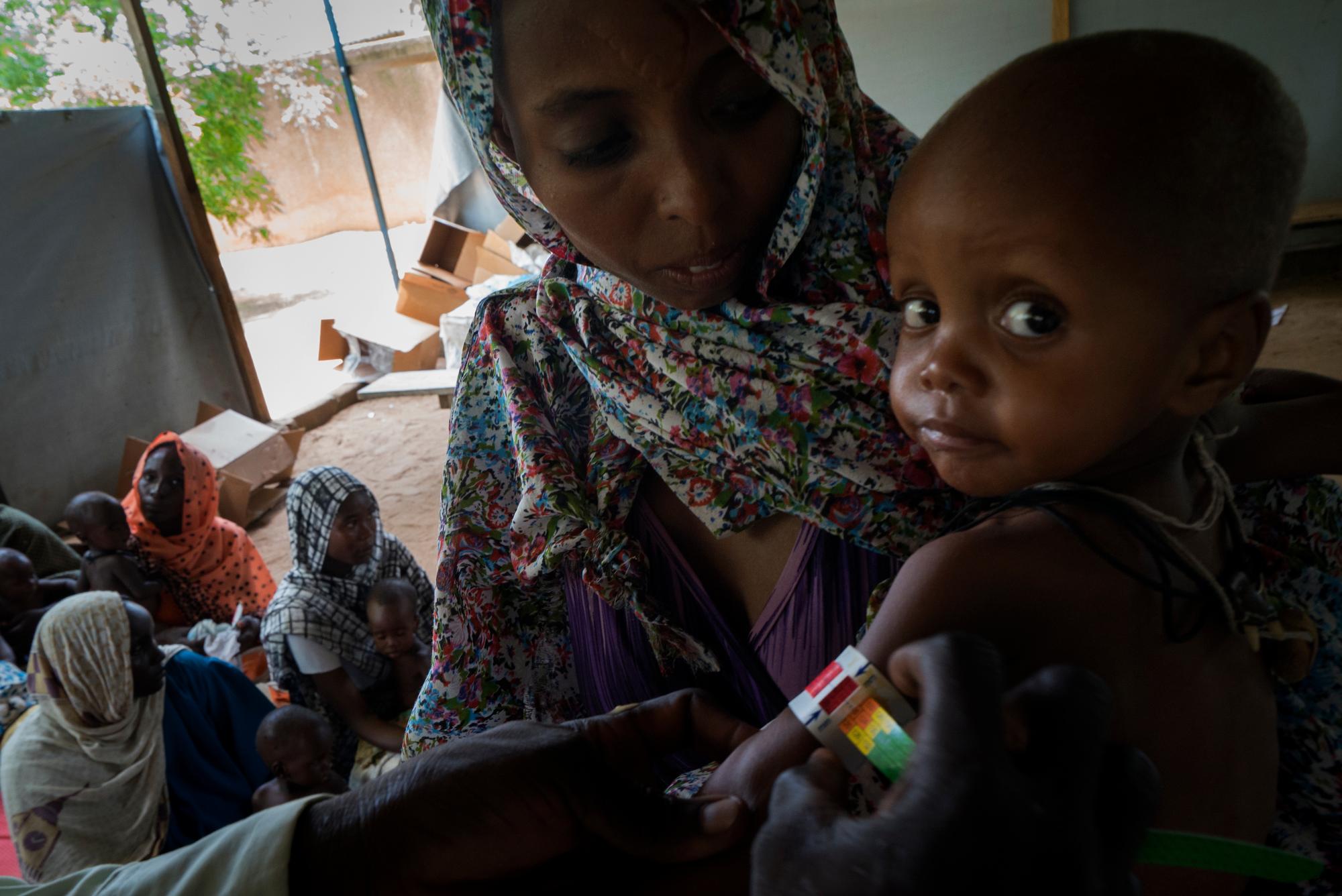 Chad: "His exhausted eyes were rolled up towards the sky"

Before leaving for Chad, I read tonnes of articles on malnutrition, prepared pages of notes and training materials, and even came up with a very structured time line for my study activities. This was my first assignment with Médecins Sans Frontières/Doctors Without Borders (MSF), and I wanted things to go as smoothly as possible.

Clearly, I had no clue about the practical realities of living and working in the field.

Two days after my arrival in Bokoro [an area of Chad], I started recruiting the 20 people I was going to spend the next few weeks with, under the burning sun, collecting data in 50 villages.

Our timeline was short. I had one day to interview 40 applicants and three days to train the selected ones. In a way it was a bilateral training: my new staff were mostly locals from Bokoro, so while I trained them on epidemiology, they taught me lots about the behaviour and customs of the population we were going to survey.

One of the first challenges we had to solve as a team was how to weigh over 2,000 children. In the feeding centres, they do this by attaching a bassinet to a scale, that is in turn attached to a tree branch. Since we could not expect to find a tree next to every house we visited, we designed a portable weighing system consisting of a piece of wood and ropes. It was very rudimentary but it worked!

We also needed to find a way to get to the villages; of which there were over 50 in total. I had maps of the 15 health zones where they were located (some were a three hour drive away from the base), but there was no detailed information on their specific location. Fortunately for us, we were often able to find community members willing to guide us.

Going out to the villages was the highlight of my days! It made me realise how truly fortunate I am to be an epidemiologist. I love numbers, I love medicine and I love interacting with people from different cultures. As an epidemiologist I get to experience all my passions while improving people´s lives. It´s the ultimate win-win situation! [Epidemiologists study the incidence, distribution, and possible control of diseases, and other factors, relating to health.]

"Looking at all the numbers we collected, they were not just numbers to me. They were people that I had met, stories that I had heard and children that I had played with."
patricia ndumbi

When I got back to the base at the end of the day and looked at all the numbers we collected, they were not just numbers to me. They were people that I had met, stories that I had heard and children that I had played with. Overall, we collected data on almost 8,000 individuals, a third of which were children under five years old.

Diarrhoea, malaria and respiratory infections were major concerns in these communities. This was most likely due to the sub-optimal living conditions in villages, namely: overcrowding of housing space, low mosquito net coverage, lack of sanitation systems and poor hand hygiene.

A striking feature of the most of the children in Bokoro is their soft rusty red hair, a side-effect of their poor nutritional status. Acute malnutrition was most prevalent among children of weaning age, affecting one in five children in this age group.

Patricia with children from one of the villages surveyed in Bokoro.

In addition to the high morbidity and malnutrition, the vaccination coverage for diseases such as polio, measles and yellow fever were way below acceptable levels.

All these factors fuelled each other, making the population of Bokoro highly vulnerable to easily preventable infectious diseases.

Each village tells a different story

Each of the 50 villages we visited was different and had its own set of personal stories.

One of the villages was completely empty when we arrived, except for three elderly women who told us that all the villagers had left due to the lack of water; they would only return during the rainy season.

I wondered why these women stayed behind or whether it was safe for them to live alone in the middle of nowhere. But they did not seem afraid. They were calm and happy to speak with us.

In another village we visited, the entire population fled and hid inside their houses the moment they saw our cars arrive.

After attempting to gently communicate with them, we found out that the village had been attacked and destroyed during the first Chadian civil war. Ever since, village elders had instructed the villagers to run away if they ever saw strangers in “big cars” approaching.

Once the villagers understood what MSF is and the work we do, they were more than happy to let us into their homes.

In fact, it became difficult to leave the village because everyone suddenly wanted their house to be surveyed and the women brought a copious meal they had just cooked for the whole team.

The fight to save a child's life

In one of the villages we visited, a woman approached me and asked me to help her grandson.

After a quick assessment, I realised that the child was not only severely malnourished but also had a respiratory illness. He was fighting for every breath he took, his lungs expanding and collapsing loudly as if trying to lift an elephant off his chest.

His nostrils were rapidly flaring, while his exhausted eyes were rolled up towards the sky.

"On the way to the hospital, the car got caught in a sandstorm. We pulled up the windows and the temperature inside the car began to rise."
patricia ndumbi

Just as I contacted our medical team leader for guidance, my team arrived with another severely malnourished child.

This one was even thinner, with just skin on his bones! He also had breathing difficulties, but he seemed more alert than the first child.

We were two hours drive away from the only MSF-supported hospital in the area, and I had not finished administrating the survey in this village. I decided to let my team continue the work without me and took the children and their parents to the hospital.

On the way back, the car got caught in a sandstorm.

We pulled up the windows and the temperature inside the car began to rise. I felt bad for my two little passengers, but I knew they were tough and we were going to get to the hospital soon.

When we arrived, the doctor immediately took both children to the intensive care unit. I stood by as the children were being connected to IV needles and oxygen tubes.

I must have looked terrified, because the doctor turned to me with a soft comforting smile and said: “Don´t worry. They are going to be OK!”.

I realised that the medical staff here spend their days and nights treating cases just like these, and are doing a spectacular job at it too. They are my heroes!

When I returned to the base that day, I was completely exhausted but also extremely grateful.

The survey team and I helped save the lives of two wonderful kids.

Sadly, there are thousands of other children out there in need of medical care.

My team and I may not be able to reach them all, but I know we can at least help - we can all help make a difference.