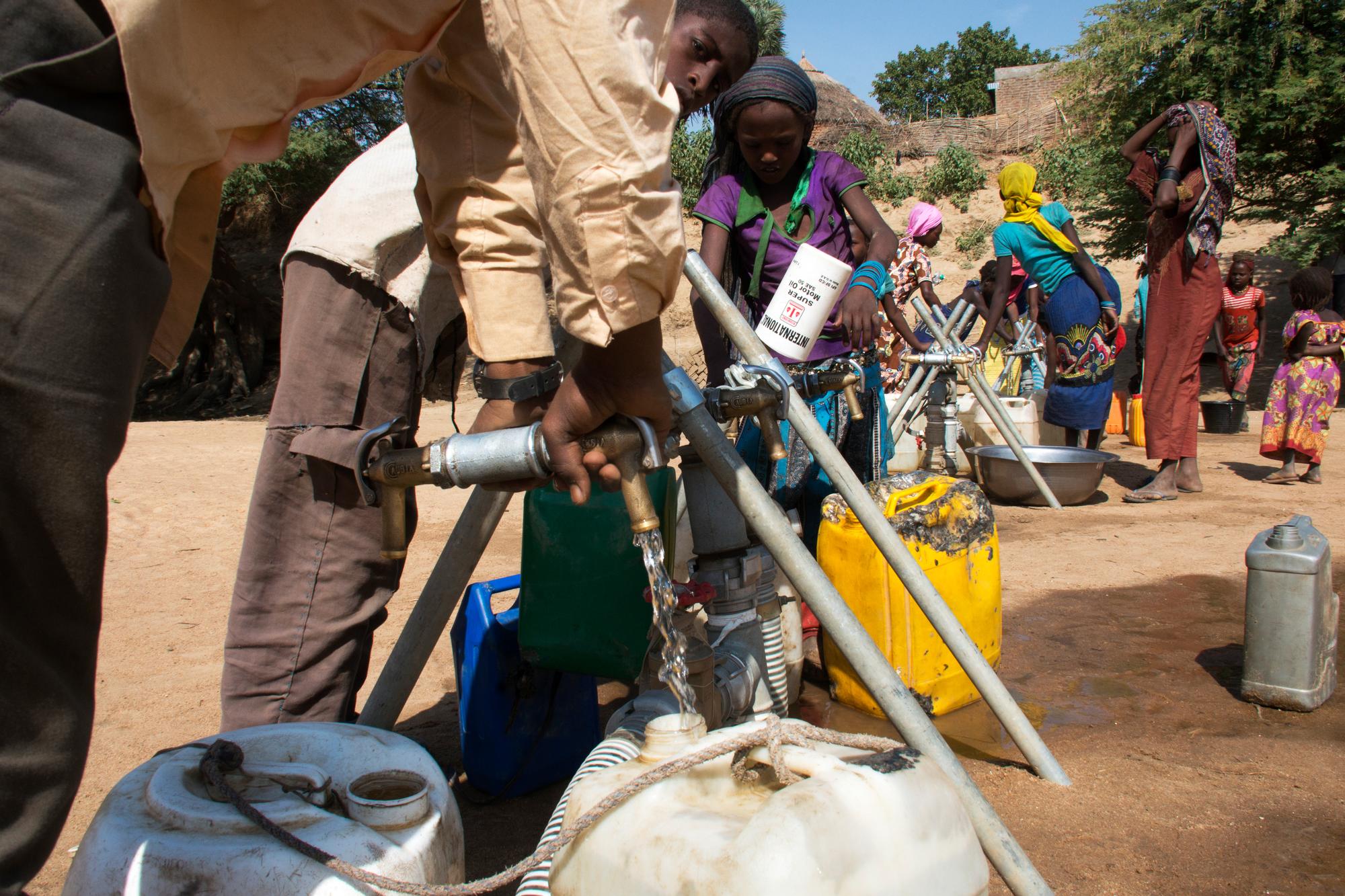 A hepatitis E outbreak is escalating across Am Timan, in the Salamat region in southeast Chad.

Since September, Médecins Sans Frontières/Doctors Without Borders (MSF) has treated 885 patients with Acute Jaundice Symptoms (AJS), with numbers increasing to an average of around 60 new cases a week.

AJS, which commonly causes the yellowing of the skin and eyes, can indicate a person has hepatitis E.

To date, 70 patients have confirmed cases of hepatitis E (HEV RDT+) while 64 have been hospitalised.

Hepatitis E is transmitted from one person to another, mainly through contaminated water and in areas where access to quality water is limited.

“MSF is calling on all the humanitarian and development agencies present in Chad to step up the size and speed of their efforts to ensure an effective response to the hepatitis E outbreak in Am Timan,” says Rolland Kaya, MSF country manager in Chad.

“More actors are needed to implement preventative actions including water sanitation, especially as cases are increasing in frequency across the Salamat Region, and not only in the city of Am Timan.”

Fatima Zara, 26, was admitted to Am Timan hospital in Chad with hepatitis E symptoms, including jaundice (the yellowing of the skin and the whites of the eyes). Fatima is six months pregnant. Hepatitis E has no cure and is particularly dangerous for pregnant women. It is estimated that one in 25 patients with hepatitis E is at risk of death, but for pregnant women in their third trimester, the risks of maternal and foetal mortality are higher. Since September 2016, 70 patients have confirmed cases of hepatitis E in the area. Eleven have died including four pregnant women. Follow the link in our bio to find out more about hepatitis. © Sara Creta/MSF #MSF #DoctorsWithoutBorders #AmTiman #Chad #Salamat #Hepatitis #Jaundice #pregnancy

A photo posted by Médecins Sans Frontières (MSF) (@doctorswithoutborders) on Feb 8, 2017 at 8:27am PST

Following the identification of the first hepatitis E cases five months ago, we repeatedly called on other organisations to collectively respond to this emergency.

Up to now, the few responses delivered by other organisations have been minimal in terms of quantity, quality and timelines.

A more consistent intervention is urgently needed, especially in the domain of water and sanitation. Without an immediate scale-up of support from other agencies, and the government of Chad, we alone cannot contain this escalating outbreak.

"We are obliged to fill this gap"

“As a medical organisation, it is not usually MSF’s job to intervene on a large scale in water chlorination activities, but with no other options to help stop the spread of the virus, we are obliged to fill this gap,” says Kaya.

“Once again, we encourage the Chadian Ministry of Public Health to declare the current hepatitis E outbreak an epidemic to enable the release of an appropriate response.”

More than 600 MSF staff have been working to test for new cases, treat patients and improve water supplies and sanitation in the city of Am Timan, including chlorination at the city water towers.

Abdoulaye Barry/MSF
An MSF member of staff talks with a woman at a water point installed by MSF on the Bahr Azoum riverbed, in the Ganatir neighbourhood, Am Timan.

Water chlorination is a major part of the emergency response to prevent outbreaks of waterborne diseases such as hepatitis E.

In addition to the medical response in Am Timan hospital, MSF has rolled out a large scale bucket chlorination campaign at the 72 water points within Am Timan town.

We have been working in Chad since 1981.

Before the current hepatitis E outbreak, we had been running regular medical programmes in Am Timan and in Moissala.

Earlier last year, we launched an emergency nutrition response in Bokoro where, in partnership with the Ministry of Health, we ran 15 mobile outpatient clinics and an intensive therapeutic feeding centre in Bokoro hospital to treat malnourished children.

We also launched an emergency response in March 2015 in the Lake Chad region for people displaced by the violence caused by Boko Haram. Our teams based in Baga Sola and Bol continue to provide assistance to the people around Lake Chad.