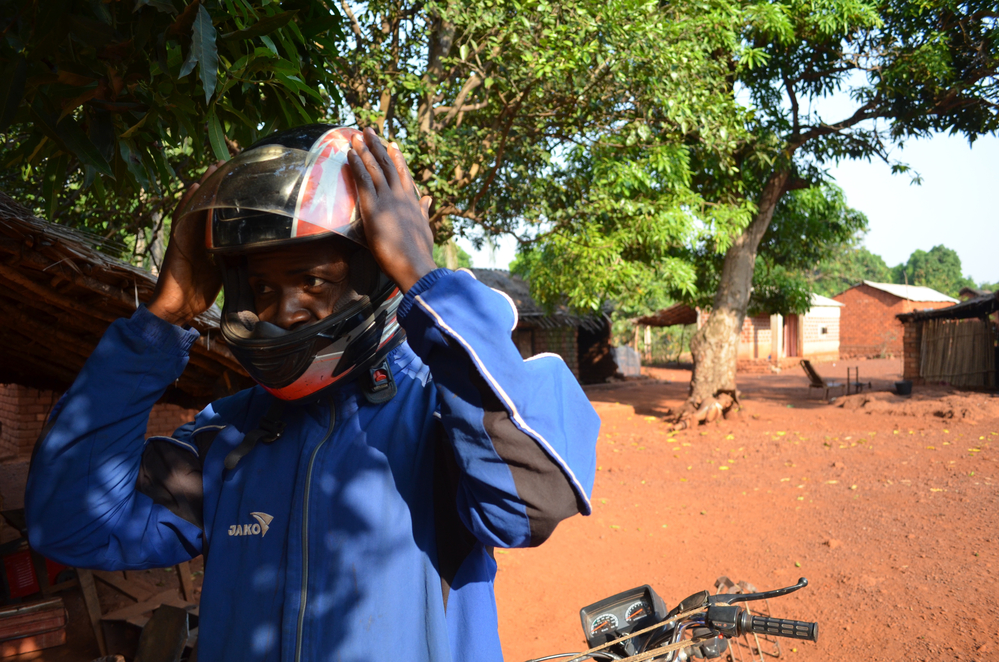 CAR: A story about HIV, conflict and community

This is the story of Raymond, from Djema, in southeast Central African Republic (CAR).

Raymond, who is HIV-positive, was part of Médecins Sans Frontières/Doctors Without Borders (MSF)’s team providing community-based HIV care in the Zemio area.

What happened to him and his family shows the consequences of the indiscriminate violence that is plaguing the country.

HIV is very prevalent in this area, affecting an estimated one in 10 people.

“When I was diagnosed, I panicked, like so many patients,” says Raymond. “But I started immediately taking the medicine and I knew that with that I’d be fine and could keep helping others.”

In December 2016, Raymond – a soft-spoken man in his early 40s – joined a new MSF team in Zemio who was setting up community antiretroviral groups, a novel way of providing HIV medication to people in remote, rural areas.

All the patients enrolled in the Zemio HIV programme were divided into groups based on where they lived – some as far as 250 km away.

Every six months, one person from the group visited the MSF pharmacy in Zemio and collected the drugs for everyone in their group.

“I got in touch with all the people with HIV in Djema and we created a small group,” says Raymond.

“I was in charge of visiting the pharmacy on my motorcycle to pick up the medicines for the 26 patients in my village.

“To cover the 130 km from Djema to Zemio, I had to cross a 50-metre-wide river. There was a barge, but if it was moored on the other side, I had to leave my motorcycle and cross the river by climbing through the overhanging trees”.

“Security on the roads was also a concern,” says Raymond. The southeast of CAR has been always the country’s Wild West.

Bordered on two sides by the vast hinterlands of Congo and South Sudan, the region has long been a playground for marauding bandits who sustain themselves by looting villages and making off with whatever they can find.

The many obstacles to accessing HIV treatment in this area – the poor roads, the perpetually underequipped and understaffed health facilities, the pervasive criminality, to name a few – were the very reason that the community antiretroviral groups were the best option in this area.

They allowed people living with HIV to pool the risks, share the costs and take their health into their own hands.

In December 2016, Raymond’s was a success story. On treatment for two years, he was in good health and continuing to care for people as a health worker, and he felt optimistic about the future. But everything changed in the summer of 2017, when fighting broke out in the previously calm region.

Summer 2017: when everything changed

They sought refuge wherever they could, many of them in the hospital compound.

The hospital was one of the few safe places – or at least that’s what they thought.

Some people lost everything in the chaos – their homes, their family members, their possessions – and some HIV patients lost their antiretroviral medicines.

The tipping point came when armed men forced their way into Zémio hospital in August.

They opened fire on the thousands of people seeking refuge there, killing 11 people. After that, everyone – including Raymond and the rest of the local staff – had to flee Zemio.

When the MSF international team was able to return to Zemio in October, after one month of absence, they found a ghost town.

In December 2017, MSF decided to stop all activities in Zemio permanently due to the fact that most of the population had left the town and were living in a camp in the Democratic Republic of Congo and other organisations were able to support the hospital.

Since the conflict erupted in Zemio on 28 June, the team has tried to track down patients enrolled in its HIV programme to get them back on treatment.

They managed to contact 1,200 patients through their group leaders. One of these patients was their former colleague Raymond.

Raymond was one of the thousands who had fled across the river to the Democratic Republic of Congo when the fighting broke out. Like so many others, he and his family had lost their home and most of their belongings.

MSF staff members in Zemio were able to resupply him with antiretroviral drugs so he could continue taking his medication regularly.

Raymond maintains relatively good health, but he has lost his optimism from last year. “What will we do? We can’t return home,” he says. “I’m really worried about the future.”