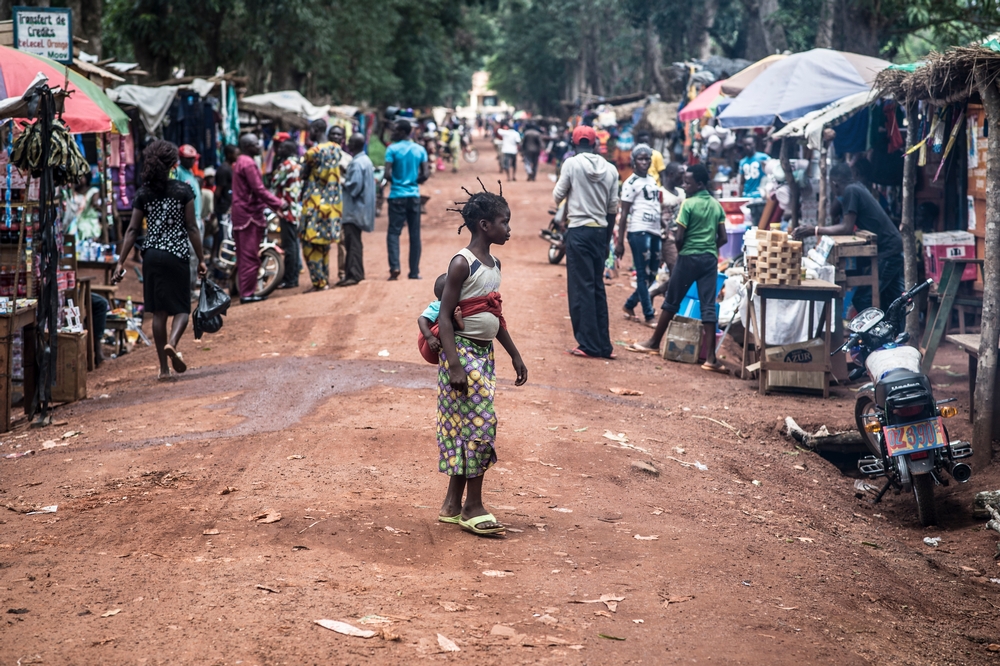 CAR: Inside the city on a knife-edge

‘Will Bambari be next?’ This is the question on everyone’s lips in Central African Republic (CAR)'s commercial hub.

Since early May, brutal massacres have engulfed the cities of Bangassou and Bria. Bambari's residents worry that violence could soon spread to their city, with a repetition of the bloodshed of the 2013-14 war.

The Ouaka River splits the city in two, with one part predominantly Christian, the other mainly Muslim.

Bambari has been calm over recent months, its numerous ethnic and religious groups living relatively peacefully, side by side.

In February, the UN stabilisation mission (MINUSCA), declared Bambari a “city without arms” - strengthening its reputation as a safe area for those fleeing violence elsewhere in the country.

Currently 50 percent of Bambari’s residents are displaced people, forced to flee from their homes in other parts of CAR.

“Instability has already affected most of the major cities, with the exception of Bambari. But people are afraid."
Cédric Chapon​  msf project coordinator

Most are living in nine camps which ring the city. These are improvised settlements without running water, electricity or basic health services – conditions which breed disease and raise the risk of epidemics.

The displaced people, along with Bambari’s longterm residents, rely on the city's hospital for medical care. The hospital is supported by a team from Médecins Sans Frontières/Doctors Without Borders (MSF).

Lali Cambra/MSF
Irene´s seven-year-old girl has a bullet in her side, close to her chest. She was wounded when they fled Seigneur. Irene´s husband and elder son where killed in the fighting.

Another MSF team supports two health centres, one in the Christian part of the city, another in the Muslim area.

Bambari’s calm has recently been shaken by events nearby.

On 8 May, a massacre took place in Alindao, a town 120 km away, during which 133 people were killed and entire neighbourhoods were burned to the ground.

This triggered a resurgence of violence in Alindao and led to the town’s population leaving for Bambari.

“I attended a man whose throat had been cut. The look on his face was full of panic."
nicole hartmsf medical team leader

MSF teams in Bambari treated 22 people for violence-related injuries in May, in contrast to just eight in April. Four children were among the wounded from Alindao, including a three-year-old who had been shot in the face.

“He lost most of his lower lip due to a gunshot and has a severe infection,” says MSF medical team leader Nicole Hart.

Most of those injured in Alindao had gunshot wounds, but some had knife injuries and burns.

“I attended a man whose throat had been cut,” says Hart. “He had spent two days in the forest near Alindao before being brought to Bambari.

"The look on his face was full of panic.

"We operated him and he is now slowly recovering.”

A post shared by Médecins Sans Frontières (MSF) (@doctorswithoutborders) on Jun 8, 2017 at 9:51am PDT

Speaking from his hospital bed, Anga describes the attack: “As I was lying on the ground, protecting myself from the shooting, a man approached me, lifted my head and cut my throat with a knife.

"I thought I had died, but it seems that a part of my throat was saved and I continued breathing.”

“Another young girl had most of her body burned,” says Hart. “She was locked up with her family in her house and they set the house on fire.

"Sadly she passed away some days ago.”

With the influx of displaced people, MSF teams are also seeing increasing numbers of sick patients.

“The health centre in the Muslim part is located next to a field where displaced Fulani people [a Muslim group] are living," says MSF outreach nurse Andrea Blas. "Currently we are providing 120 consultations each morning.

Lali Cambra/MSF
Elisée was shot in the shoulder. He was left for dead and he managed to flee to the woods.

“We are seeing a considerable increase in cases of malnutrition, diarrhoea and malaria.”

Bambari may be peaceful at present, but no one knows how long it will last.

“After the incidents in Alindao, people are increasingly worried,” says MSF project coordinator Cédric Chapon. “Instability has already affected most of the major cities, with the exception of Bambari.

"But people are afraid.

"Even if it’s peaceful between the two communities at present, there’s the risk that any small criminal incident could be interpreted as an act of provocation, which could ignite a wave of violence between the communities in Bambari.”