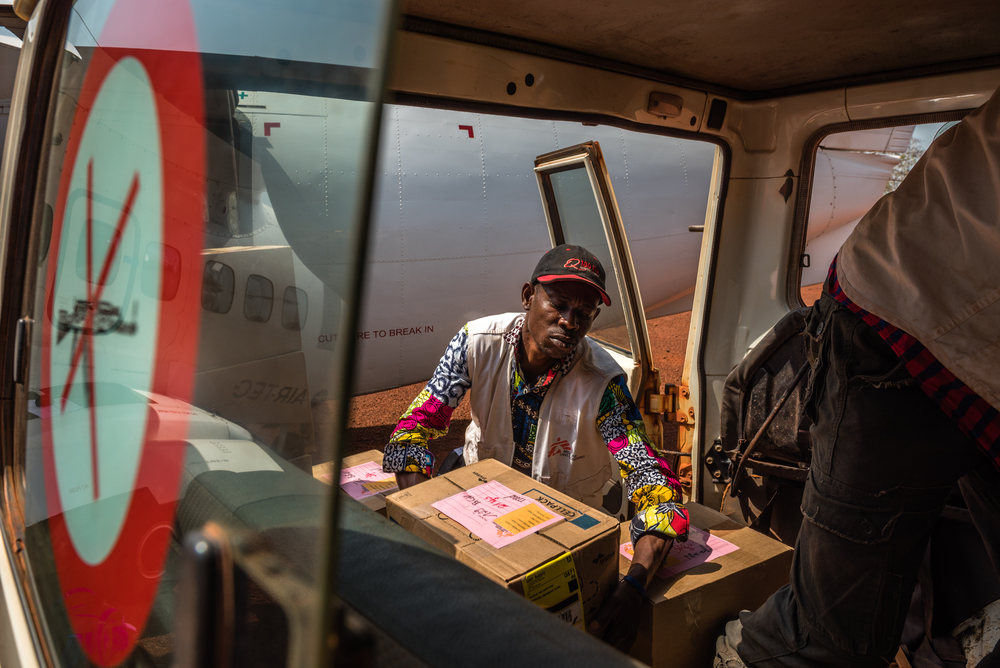 CAR: "The city of Bangassou has turned into a battlefield"

Intense fighting broke out on Saturday morning in Bangassou city in Mbomou province in the South East of the Central African Republic reports Médecins Sans Frontières/Doctors Without Borders (MSF).

Conflict in the eastern part of the Central African Republic (CAR) has intensified in recent months, reaching what was previously the relatively stable province of Mbomou in March.

On Monday 8 May, MSF teams in Bangassou hospital treated 12 people who had been wounded in clashes, taking place 25 kilometres from the city between UN forces and an armed group.

This Saturday, 13 May, shooting started in the city of Bangassou itself around 3am. Shooting started in Tokoyo neighbourhood, the Muslim area of town. People scattered in all directions, running to find shelter where they could - at friends’ houses, in the church, in the mosque and grounds of Bangassou hospital.

At the hospital MSF received 22 wounded on Saturday, four on Sunday morning, 33 on Monday and one more today.

Around 500 people trickled in to the hospital grounds over the course of the weekend and settled in the yard and corridors, hoping the fighters would refrain from attacking a medical facility.

MSF has been particularly concerned for the more than 250 people trapped in a mosque since Saturday morning with no access to water or food and temperatures of up to around 30 degrees.

Among them were wounded people as well as bodies of people who were brutally murdered on Saturday morning.

"One woman in her thirties came to the hospital with her husband in a state of shock. Her eyes were still full of the violence she had witnessed such as neighbours being mowed down by gunfire or machetes and houses being looted and set on fire."
rene colgomsf deputy head of mission in central african republic

However, renewed gunshots forced our team to leave before they’d had time to treat everyone. We have since heard that these people have been transferred to a nearby church.

Rene Colgo, Deputy Head of Mission for MSF in the Central African Republic, and currently in Bangassou, describes the situation:

“The city of Bangassou is unrecognisable. Armed men are shooting guns everywhere and helicopters are flying overhead.

“People are scared. Some are thoroughly traumatised. One woman in her thirties came to the hospital with her husband in a state of shock. Her eyes were still full of the violence she had witnessed such as neighbours being mowed down by gunfire or machetes and houses being looted and set on fire.

MSF
During the fighting that took place in Bangassou this weekend, all the bridges that surrounded the city were destroyed.

“MSF was ready to treat the wounded and had set up extra beds. But I don’t know if you can ever prepare for the panic and chaos that comes with violence or for the feeling of hopelessness that comes over you when you know there are people out there who need your help, but you cannot reach them without putting your own life at risk.

“I fear the worst for the people living here.”

MSF is extremely worried about the civilian population of Bangassou. The security situation remains very volatile and staff can still hear sporadic shooting.

MSF calls on all parties in the conflict to allow for the deployment of urgent medical aid for civilian and wounded people.