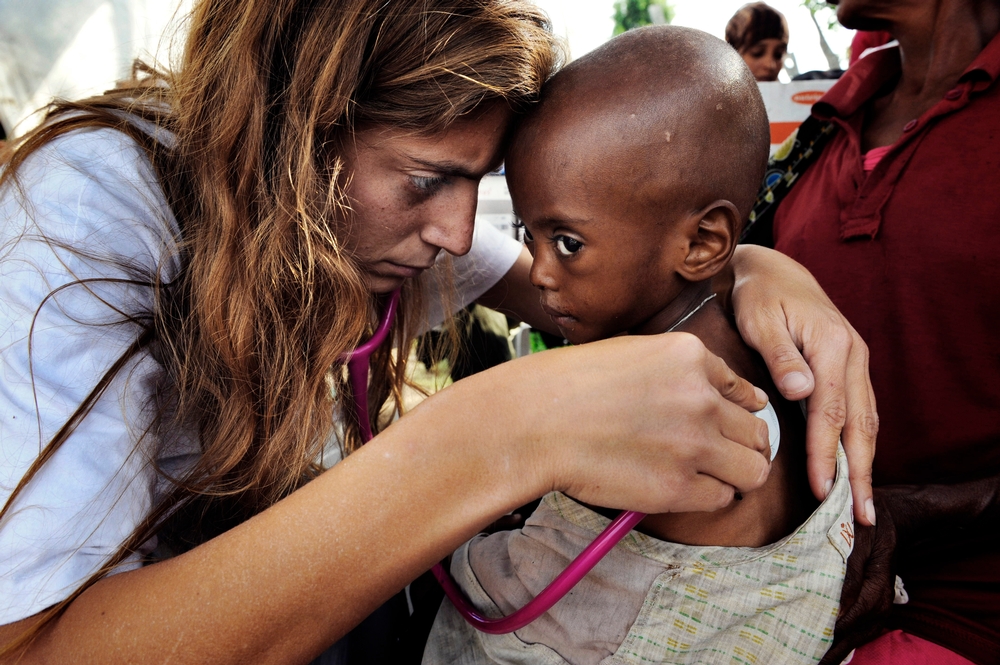 The ALBORADA Trust has been generously supporting MSF since 2004 with private funding that is crucial to our medical mission.

Over the years the Trustees have helped our teams provide life-saving care in the projects outlined below.

In Tal Abyad hospital, north Syria, MSF runs a hospital that is the only one of its kind in the region, providing complex surgical care for the victims of landmines and improvised explosive devices. The team also opened an emergency room in the city of Raqqa.

“I’m an A&E specialist in London and I’m used to dealing with major trauma cases: car crashes, stabbings, the occasional gunshot wound. But in just one month in Raqqa, I treated more severely wounded people than I’ve seen in the past three years in A&E.

“In all my years with MSF, I’ve seen nothing more impressive than the work of that clinic in Raqqa. It’s the right work at the right place at the right time. The people of Raqqa – and of Syria as a whole – have been through so much, and it’s not over yet. We’re one of the only medical organisations working in that area, and I’m proud that we’re there, playing a part.”

The ALBORADA Trust is part of this remarkable work thanks to its funding of this project.

More than 55,000 internally displaced people, who fled violence in Blue Nile State, live in Doro camp, where MSF has been working since 2011.

Funding from the ALBORADA Trust helped our team in Doro, South Sudan, to construct a new maternity ward, neonatology ward, emergency room and an inpatient department during the first six months of 2017.

Read more about our work in South Sudan >

Around one million Syrians have been registered in Lebanon as “displaced” and an estimated 500,000 Syrians are living there unregistered.

The project is providing medical and reproductive healthcare to refugee populations living in Shatila, Sabra and Borj El-Barajneh, located in the south suburb of Beirut.

The project is intended primarily for Syrian refugees, but is open to Palestinians who have fled from Syria and other residents of the camp.

The women’s health centre, which is providing antenatal and postnatal consultations, and family planning, was extended in January 2015 with the opening of a maternity ward providing basic emergency obstetrics and neonatal care. This important project receives funding from the ALBORADA Trust.

Read more about our work in Lebanon >

The ALBORADA Trust has supported the MSF emergency surgical referral hospital in Haiti’s capital, Port-au-Prince, since it opened in 2012.

Located in Tabarre, to the north of the city, the facility provides surgery for patients with complex trauma injuries. The hospital had to deal with a large increase in the number of patients in the second half of 2016 due to a widespread strike in the country’s public health sector, which deprived a large portion of the population of free medical care.

Read more about our work in Haiti >

A disfiguring and deadly disease that kills thousands every year, noma receives little public attention. The ALBORADA Trust has provided vital funding to our project in Sokoto, Nigeria, where MSF runs the world’s only dedicated noma hospital.

“I want the surgeons to repair my face so that I can get married,” says 15-year-old Aisha Danyaya softly. She is amongst a group of noma patients and caregivers talking with MSF psychosocial support counsellors at the Noma Children’s Hospital in Sokoto, western Nigeria.

Like many girls her age in rural Nigeria, Aisha is preoccupied with marriage, but worries that her dream may not be possible due to the effects of noma.

She is missing half of her lip and nose, and she fears that the damage done to her face will put off potential suitors.

The MSF team performed three operations on Aisha; the first to remove tissue from her forehead, the second to use the same tissue to reconstruct the damaged part of her face and the third a minor operation performed by a local surgeon.

Read more about our work with noma >

Funding from the ALBORADA Trust has helped our teams to save lives in countries around the world that rarely make the headlines. Thank you.